“Write what you know” is the stupidest thing I’ve ever heard: Advice from Kazuo Ishiguro · I am too old/to learn the names/of the new killers: Two poems by Leonard Cohen · 10 books that capture Los Angeles in all its sublime, beautiful darkness · Anne Sexton responds to her worst-ever review · It reads like pop culture poetry: On The Autobiography of Gucci Mane · From midcentury poetry to reality TV, how “confession” became a dirty word · Being a bitch is spectacular: Myriam Gurba on meanness · Finding solace in bookstores in the face of cancer: On the pleasure of being surrounded by literature · 11 writers on the weirdness of promoting a book in the first year of Trump · What can be learned from an archive of longing? On writing (and not sending) letters
This week on Book Marks:
Facts are lonely things: Anne Tyler’s 1988 review of Don DeLillo’s Libra · The ruthlessness and paranoia of Joseph Stalin · From 1917, Virginia Woolf on Leo Tolstoy and the “superb sincerity” of the Russian writers · The “charged radiance” of Helen Dunmore’s final novel, Birdcage Walk · A piece of careless hackwor: the 1885 reviews of The Adventures of Huckleberry Finn · Book critic John Freeman on Zadie Smith, The House on Mango Street, and gentrification in NYC · Very little more than a kind of terribly serious and determinedly outspoken soap-opera: Anne Sexton’s worst-ever review · Astronauts, the Chicago Cubs, and more: the best-reviewed books of the week
Lit Hub Daily
Share: 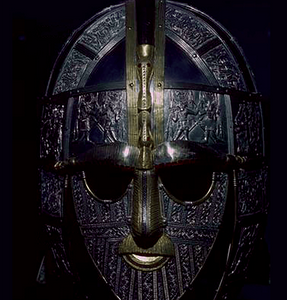 Then up from the moor, in a veil of mist, Grendel came slouching. He bore God’s wrath. The evil brute intended to trap and...
© LitHub
Back to top