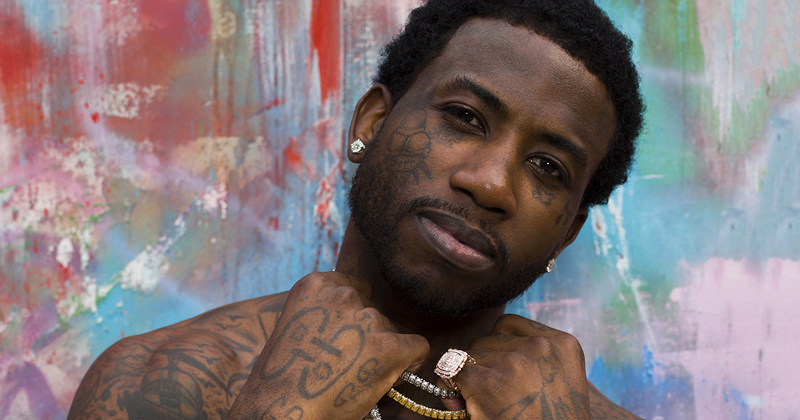 So Why isn't the Literary World Paying Attention?

I read The Autobiography of Gucci Mane because I assumed that, like the rapper in question, it would be funny and entertaining, a fast read to break up the several dense Russian translations on my nightstand. I am a longtime fan of his music and have paid for many of his songs on iTunes, yet I borrowed the book from the library, not sure I wouldn’t regret the $27.00 hardcover price.

I did not expect that I would finish the book in two sittings over the course of 24 hours and find my head swirling with lyrics, ideas, and a profound new understanding of what a 21st century memoir can look like. The Autobiography of Gucci Mane, written with music journalist Neil Martinez-Belkin, quietly defies the conventions of the celebrity memoir genre; in parts, it reads like what I can only describe as pop culture poetry. This energy is clear from the first lines of the Prologue, dated September 13, 2013, in which the author, trapped in his studio, prepares for a final standoff with the Atlanta police department that will lead to his three-year jail term: “The police had taken my pistol the day before but I wasn’t without heavy arms. I’d been stockpiling weapons at the studio. Glocks, MAC-10s, ARs fitted with scopes and hundred-round monkey nuts. All out in the open for easy access. [ . . . ] Everyone was scared again. Not just scared of what was going on with me, but scared of me. Scared to call me. Scared to see me.”

Over the course of the book, the life of Alabama-born and Atlanta-based rapper Gucci Mane (real name Radric Davis) blooms into technicolor through effortless-feeling prose. After this in media res prologue, the book returns to a childhood spent dealing drugs, an adulthood struggling with fame and addiction, the psychological torment of multiple prison stints, and the rapper’s absolutely ceaseless work ethic—by one estimate, he has released more than 4,000 hours of music. He also maps the growth of trap music throughout Atlanta and beyond; now-famous names like Migos, Young Thug, and Future are documented in their formative moments, making the book both historical record and autobiography.

While subjects like drugs, music, and money are not atypical for any book chronicling the fast-paced life of the rich and the famous, the differences lies in the way that Gucci and Martinez-Belkin approach the reader: conversationally, gently, earnestly. No one involved in the making of this book is attempting to “sell” Gucci Mane—or even trying to make you think he is a good person. It is not PR spin, but a text of facts, no detail spared. We have simply been invited to witness them. “To start a new chapter you’ve got to turn the page on the last one,” Gucci writes. “Still, every now and then I do think it’s okay to stop and look back, just for a moment, before continuing on your way. Especially when it’s a hell of a story.”

Flashy celebrity memoirs are by no means a rarity on the book market. It seems as though everyone with a certain level of social capital believes that the entirety of their upbringing warrants a glossy hardcover complete with insets of grainy childhood photographs. While some memoirs become bestselling classics, below them lies a sizable pyramid of trite, premature, and just plain poorly written books. Regardless, many publishers are happy to print celebrity memoirs of any size, shape, or quality because no matter what, readers will buy them. “Ah yes,” says the hypothetical executive. “People enjoy the comedic stylings of Amy Poehler—wouldn’t 300 pages on a random assortment of things she sometimes thinks about make the perfect stocking-stuffer for the female 18-35 market?” And alas, the executive is not wrong: I own that book. In fact, celebrity memoirs aimed at both adults and teenaged readers are responsible for a recent uptick in book-buying.

These books are good for publishers, but they’re often bad for literature as a whole. Memoirs written by Britney Spears, Justin Bieber, Miley Cyrus (and so,

so many unremarkable others) have all sold a fair number of books, but received tepid critical responses at best. Historians of the future will hang their heads after looking to these books for dates and facts, only to find a handful of silly stories, spread thin.

It is because of this less-than-impressive precedent within the genre that Gucci Mane’s book stuns all the more. In its conversational candor and the razor-sharp image it evokes of a particular era, it felt reminiscent of Patti Smith’s Just Kids. Smith’s portrait of 60s and 70s New York City was treasured as a literary darling from the moment it hit shelves; it

went on to win the 2010 National Book Award. It’s hard to imagine the judges giving The Autobiography of Gucci Mane a fraction of that consideration.

And yet the work of Gucci Mane persists. The Autobiography of Gucci Mane has remained on the New York Times Hardcover Nonfiction Bestseller list since its release on September 19, 2017, even with stiff competition from new books by Hillary Clinton and Ron Chernow. It has near-perfect ratings on both Amazon and GoodReads, with hardly anyone offering up an unkind word amidst hundreds of freshly-minted user reviews.

Still, many major book-related publications have remained silent on the title while pop culture websites and magazines like GQ, Vibe, and Essence have offered their takes. Simply look at the publisher’s page for The Autobiography of Gucci Mane, and you’ll quickly see the pull quotes all come from music websites or lifestyle magazines. It’s evidence of a cycle in which a lack of recognition for a literary text forces a publisher to promote a book in a certain way—one that may not be indicative of its full potential. Despite Gucci’s continuing place on their bestseller list,

The New York Times has not reviewed his book in full, but mentioned it in an “Inside the List” column (which incorrectly implies his continued drug use). Meanwhile, the Times Books desk has dedicated thousands of words to the other celebrity memoir on the bestseller list: goofy comedian Russell Brand’s Recovery. This is not to point a finger at the Times specifically, but at the broader perception of what kinds of books are viewed as worthy of substantial analysis.

Despite the sheer defiance of expectations found in Gucci Mane’s work, the literary world does not seem prepared to recognize it. Certain editors may feel their readers have little to glean from a (former) lean-drinking, gun-toting, face-tattooed rapper. But Gucci’s wiley antics, drug-addled past, and star-studded anecdotes fit perfectly alongside other larger-than-life memoirists in the literary canon. Place a photo of him alongside such literary bad boys and you can easily guess why Gucci is not taken as seriously, despite being an arguably more prolific writer.

Some people would brush off such notions, saying that the worlds of trap music and literature were never meant to intersect, regardless of racial bias. But the only side that seems to be making that argument is the literary world. Meanwhile, the sphere of rap music flourishes with an endless stream of homages to and samples from Japanese film, Italian fashion design, British poetry, and more. Rap music is not holding itself back waiting for the approval of longstanding (white) institutions, but one can very easily see the ways in which institutions like literature might be stunted by their failure to perform the reverse.

It’s possible Gucci Mane will never care whether or not he’s ever awarded a Pulitzer, or even gets a starred review. Fortunately, that’s not the point. Now is a moment for the gatekeepers of the literary community to look at this book as a chance they’ve been given to expand their expectations of literature beyond outmoded viewpoints. And if they don’t? Well, Gucci will be fine. He just got married. He’ll still be living in a mansion and driving his Ferrari whether or not he ever gets the literary respect he deserves.

Kazuo Ishiguro: 'Write What You Know' is the Stupidest Thing I've Ever Heard 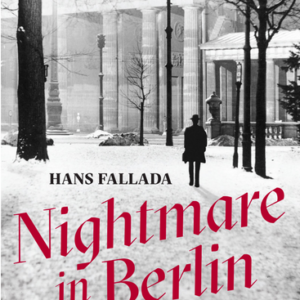 On 1 September of this pitiless year, 1945, Mr. and Mrs. Doll traveled to Berlin. They had lain in the local district hospital...
© LitHub
Back to top