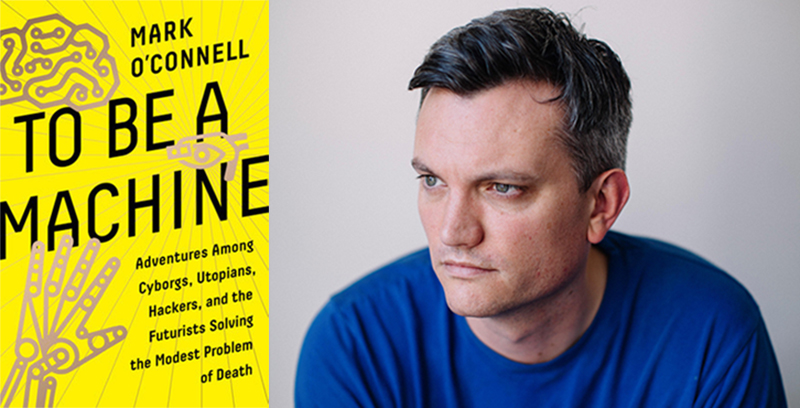 The UK’s prestigious Baillie Gifford Prize, which seeks to honor the best of non-fiction every year, written by authors of any nationality, will announce its winner on November 16th. The winner, chosen from a shortlist of six, will receive a prize of £30,000; each shortlisted author will receive £1,000. In advance of the announcement, Literary Hub interviewed Mark O’Connell, whose book To Be A Machine: Adventures Among Cyborgs, Utopians, Hackers, and the Futurists Solving the Modest Problem of Death, an intensive study of the international transhumanist movement, is shortlisted for the award.

What role do you think long-form nonfiction has in bringing about social change?

In an obvious sense, nonfiction has a more direct and immediate relationship with politics than other literary forms. A lot of the best nonfiction explores, or in some other way responds to, social and political problems. But the input is easier to track than the output––which is to say, the question of how this writing can itself be an agent of social change. What nonfiction can do is draw attention, in ways both visceral and nuanced, to the particular manners in which our world is completely fucked up. It can communicate the complex human realities of social injustice, of the way power operates on the lives of individuals, in a way that a straightforward factual news report never can. And maybe bringing about this complex awareness in people, in readers, can be the beginning of social change. I’ve been asking some version of this question increasingly of my own work over the last while: how can I write in a way that might, in some small and maybe barely perceptible way, do some good in the world? I’ve yet to find any kind of satisfying answer, but I suspect it has something to do with not giving into my own tendency toward luxuriating in an aesthetic of despair, and trying to find sources of hope for myself and others.

That would be, without question, my own ignorance. It took me a long time to talk myself into believing that my lack of serious scientific knowledge was not an insurmountable obstacle to writing my book. In the end, I tentatively arrived at the opinion that my status as a complete outsider to the world I was writing about––not just transhumanism, but the culture of technology and science––gave the book a valuable perspective, along with a certain energy arising from the friction between my own literary background and the hyper-rationalist milieu I’d inserted myself into. That, at least, was the hope.

This probably makes me sound like way more of an adventuring writer type than I have any business portraying myself, but when I found out I’d made the shortlist I was on a mountain in Transylvania. I was on a kind of wilderness retreat, walking a mountain trail with two other people, looking for potential places to set up tents. I took out my phone to take a photo of the spectacular scenery, and sneakily checked my email while I was at it, and saw an email chain between my editor, agent, and publicist about my having made the list. I was so distracted by the news that I completely failed to hear what my companions heard just then: the growl of a nearby bear. (I had spent the whole week in a state of nervous vigilance with respect to bears, so obviously my delight at having made the Baillie Gifford shortlist outranked my fear of getting roughed up by a bear.) Anyway, I kept it to myself for the rest of the day, and then called my wife from my tent that evening. All of which is a long route toward a very simple answer: the first person I told about making the list was my wife.

In a previous life I was an academic, and taught in a university English department, and then I went through a period of reviewing a lot of new fiction. I still read a lot of novels, not out of any particular desire to get out of my own literary neighborhood, more just a hunger to read good writing in any form. In fact, I often read fiction as a form of research––To Be a Machine, for instance, is full of shards and fragments of my readings of fiction. At the moment I’m reading Shirley Jackson’s We Have Always Lived in the Castle, for no reason other than that I’d never read it before, and that it’s really good. I’ve been seriously affected recently, as a reader and a writer, by the direly comic apocalypticism of László Krasznahorkai. I’m slightly in awe of the work of Rachel Cusk, which seems like something quite new and strange in English-language fiction. And I loved Sally Rooney’s Conversations With Friends, which gave me more straightforward pleasure than any novel I’ve read in quite a while (to the extent that pleasure is ever straightforward, which it of course it basically never is).

I don’t know if this counts, but people often ask me in interviews whether I have ambitions to write a novel. This is always asked in the context of a general observation that my writing is, for better or worse, quite literary. I usually say that I take it as a compliment, but in truth I absolutely do not. (Whenever someone tells you they take something you’ve said as a compliment, you can be confident they take it as a grave insult.) I always want to go off on how this betrays a weird prejudice about how fiction is a more natural form for literary writing––for an interest in the sentence as an aesthetic object––than nonfiction. But I don’t, because I’m not the kind of person who goes off on things in interviews. Except, I suppose, this one particular instance of going off on something in an interview.

What time of day do you write and why?

I write from about 9:30am to about 4 most days. And by “write”, I mean put myself in a position where writing at least has a chance of happening, which is to say I’m at or near my desk.

One way of tackling the inability to write is putting myself in a position where I have to write––where some kind of external obligation forces me to get words down on paper. A deadline is good for this. I often agree on informal deadlines for chapters with my editor, to forestall the indefinite drift that can happen when you feel like you have an indefinite period of time to write something. Needing money is also a truly excellent source of motivation. My bank account is in many ways my truest and most profound creative muse. Aside from that, when I’m stuck in some way on a piece of writing, I’ll often just pick up a book by a writer I admire and see how they begin a piece, or handle some tricky transition. For this purpose, I get a lot of mileage out of Joan Didion and John McPhee, among a great many other standards. And when all else fails, I’ll sometimes just commit myself to writing something that’s completely shit. It takes a fair amount of pressure off, and sometimes you wind up accidentally writing something that is not in fact completely shit. In this sense, you can’t fail, because failing to write something shit is itself a form of success.

Probably my favorite piece of advice came from my agent Molly Atlas, who, when I showed her something I’d written, counselled me to make it sound more like myself. She meant it purely as a corrective to one particular piece of writing, which was excessively dry and technical, but it was something I took a lot of encouragement from at the time, in the sense that it made me realize that there was something that I sounded like, and that it was me. It’s still a thing I instruct myself to do with something I’m working on, to make it sound more like myself. From time to time I wind up sounding too much like myself (like maybe now, for instance), but that’s at least part of what editors are there for. 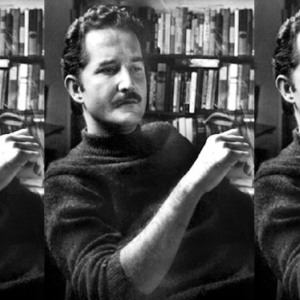 “New Yorkers choose to gather under the banner that says ‘New York’—which is so elastic it really means nothing...
© LitHub
Back to top