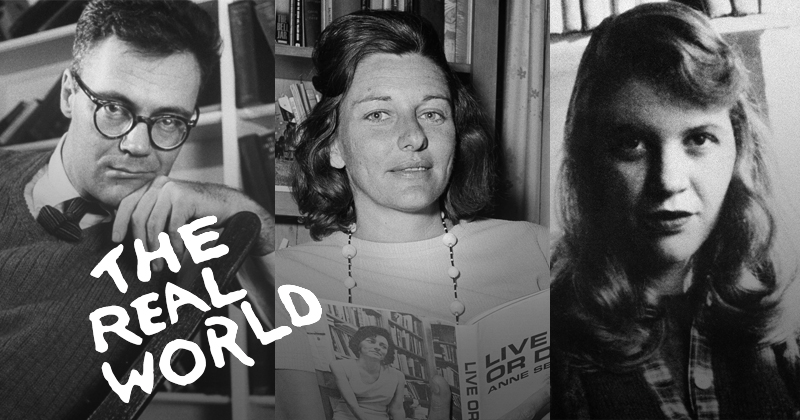 How Did "Confession" Become a Dirty Word?

Studies of confession—even offhand remarks on the subject—must, by custom, begin with a few sweeping claims about Confession in the West. No essay on personal poetry, no think-piece on memoir feels complete until someone has lit a candle at the shrine of St. Augustine. Having witnessed a few such acts of historical hand-waving, you could be forgiven for thinking that a council of 13th-century bishops—or was it an 18th-century philosopher?—made the debut of The Real World in 1992 a historical inevitability.

There is, however, a serious point to be made on this millennial scale. Our current culture of self-awareness, self-expression, and self-care rests on foundations laid long ago. We’ve risen to penthouse levels—millions of life stories high—so it’s only natural if we’ve lost sight of the ground. If we could just get our heads out of the clouds, maybe we’d see that other foundations were poured—or were possible. As it is, we have trouble “imagin[ing a] self absent the imperative to scrutinize and . . . articulate it.” In the famous words of Michel Foucault: “Western man has become a confessing animal.”

Stories on this scale (Western man!) can take your breath away. They can also suck the air out of the room. They’re not harmful in themselves, but they turn deadly when we use them not to explain new phenomena, but to explain them away. There’s nothing new under the sun. Just read your Augustine and Rousseau—your Wordsworth, your Sade, your Freud! But here’s the thing: midcentury Americans had read them—well, all right, maybe not Sade—and still they felt that they were witnessing something new. I want to start by taking this sense of newness seriously.

Consider American poetry, which took a “confessional” turn around 1959—in April of that year, to be precise.

April 1st, Newton Lower Falls, MA—Anne Sexton, a little-known poet, declares herself “the most about to be published poet around.” Boy, she’s not kidding! Before ten weeks more can pass, she’ll have poems out in Harper’s, the Hudson Review, the New Yorker—the list goes on. She will write about her brushes with madness, about suicide attempts, about sex in (and beyond) the marriage bed. Pretty soon, she’ll be known as the confessional poet par excellence.

April 13th, New York, NY—Knopf publishes W. D. Snodgrass’s Heart’s Needle, in which the poet deals frankly with his recent divorce and subsequent estrangement from his daughter. The book would gain national attention and go on to win the Pulitzer Prize in poetry.

April 28th, New York, NY—Farrar, Straus & Cudahy releases Robert Lowell’s tell-all book Life Studies. In a series of memoirs—some in prose, some in verse—Lowell exposes his troubled youth and confesses to an ongoing struggle with mental illness. Life Studies flies off bookstore shelves and drugstore racks. It would go on to win the National Book Award.

This sudden swell of confession, rising and breaking as one, quickly pulled in other people, too. Emerging poets were caught in the undertow (see: Sylvia Plath), while established figures (Ginsberg, Berryman, Roethke, Rich, etc.) suddenly found that they were riding a wave. It turns out they’d been writing “confessional” poems for years already. Reviewing Life Studies for the Nation, M. L. Rosenthal dubbed this book “confessional,” and the name stuck like tar. Many—though not Rosenthal—meant it as an insult, but the public didn’t care. Pretty soon, confessional poetry was America’s most popular genre of verse.

Telling this story of confession’s sudden ascent, poets and critics reach for the same word again and again. This was a breakthrough—past formalism, past repression, past social restraint—into emotion, into experience, into the world. “A breakthrough back into life,” Lowell famously called it. A “breakthrough into . . . very personal, emotional experience,” Sylvia Plath chimed in. So overworked was this word that, pretty soon, a critic could roll her eyes and refer to that “famous ‘breakthrough’ that it is the custom to talk about.”

This supercilious tone about “confessional poetry” and its “breakthrough” has been available to critics ever since. Take Laurence Lerner, for example, author of the 1987 essay “What Is Confessional Poetry?”: “Everyone knows who the confessional poets are,” Lerner begins, “Robert Lowell, Anne Sexton and Sylvia Plath, plus a few other candidates.” Everyone knows, he says, but what he means is, Everyone but me. By the end of the essay, he has concluded that we grievously “overstate [the] newness” of this genre. Elizabeth Barrett Browning, the Romantic poets, William Shakespeare—heck, even “Sappho and Catullus . . . look like confessional poets” to him. “Confessional poetry,” in other words, is as old—or is practically the same thing—as poetry itself.

Other critics have rushed to the genre’s defense, but they find only the narrowest position defensible. Confessional poetry was new, Diane Middlebrook retorts in an essay pointedly titled, “What Was Confessional Poetry?”—but properly speaking, only a tiny group of poets belong to the genre. “This was thoroughly middle-class postwar art—produced by [a small number of] WASP writers”—by her reckoning, only Lowell, Sexton, Snodgrass, and Plath. Narrower still, only “certain poems” by these writers truly count as confessional, and all were published “between 1959–1966.” Middlebrook’s careful historicism might seem totally opposed to Lerner’s wide-eyed genre essentialism, but these critics do agree on one thing: midcentury responses to the genre were overheated and uncritical, and therefore should not guide our thinking. Well, I disagree.

By way of analogy, compare the genre “reality TV.” Any scholar of that genre could pull a Lerner and tell you that Cops (1989–present), An American Family (1973), or Candid Camera (1948–present) did “reality TV” first. After a few drinks, you might even get them to say that TV is reality TV. Or else they could do the Middlebrook and argue that The Real World certainly counts as “reality TV,” but only the first four seasons—and later shows called “reality” belong, in fact, to another genre, which we really ought to name. But to a cultural historian, distinctions like these seem beside the point. If all of sudden a certain phrase is on everyone’s lips (reality television, confessional poetry), this alone is a fact worthy of our attention. If, in the process, these genres slosh out of the containers we critics have built for them, then so be it. Genres, after all, aren’t just categories-ideal in some theorist’s or critic’s taxonomy; they’re also cultural events we undergo together. As surely as “reality TV” happened in the 1990s, “confessional poetry” belongs to the turn of the 1960s. And just as “reality TV” was defined backward—its features deduced from the shows of the 1990s and 2000s that popularized the term—so “confessional poetry” was a backformation from the personal poetry of Lowell & Co.

Such reverse definitions—no one’s creation and everyone’s property— might feel out of place in the scholarly realm, but they exist in the world whether we like it or not, and they exert their force on the things scholars study. Loose and baggy though they may be, they tightly shape how art is produced and received—across platforms and media, across continents and centuries. In this sense, Lerner’s claim that Sappho and Catullus “look confessional” to him is an example—not a refutation—of that postwar formation called “confessional poetry.” And the sudden insistence on a deep, unified history of confession in the West—this, too, is a product of the postwar culture of confessionalism. We see this happening right now with “reality TV”—not only in our growing desire to look backward at shows like An American Family or Candid Camera, but also in the way reality TV’s formal features and ways of being are spilling over into film, scripted TV, politics, and everyday life.

“Confessional poetry” had precisely this kind of outsized impact. This genre soon became “the whipping boy of half of a dozen newer schools”—an effigy of what Gillian White calls “lyric shame.” When subsequent poets were caught identifying with their speakers, or when critics smelled too ripe a mode of expression in their poems, the poet had to kneel in repentance, or else stand in defiance—but always, now, one of the two. This wasn’t the first time that poets had mixed art with life, but somehow the chemistry had changed. Art and life were now potassium and water: they never met but sparks went flying. If you want to understand the culture of confession this created, you can’t afford to be a wet blanket. You must be ready to catch fire.

Rosenthal was ready. Reviewing Life Studies, he knew that personal poems had been published many, many times before—many of them dealing, as these did, with subjects that were, in their time, beyond the pale—but he insisted that these latest poems were different somehow. They certainly felt different in the wake of modernist poetry, whose practitioners often preferred to keep their poems “impersonal.” And, in the heyday of New Criticism, with its principled insistence that poems should be autonomous from their authors, it surely must have felt bold to see such personal poems for what they were. But beyond feeling different, they also were different from the poems critics named as precedents. While it is true, Rosenthal concedes, that the Romantics “spoke directly of their emotions” in their poems, they also transformed these emotions posthaste into “cosmic equations and symbols” for something else. They hoped to lose their sorrows and their selves as quickly as possible “in the music of universal forlornness.” Midcentury poets, for their part, resisted such transformations—they protected themselves against such loss. Rebelling with equal force against the Romantic legacy and the modernist tradition, these poets chose personality as their second medium, alongside (or even, at times, above) the written word. The I they uttered would be an obdurate thing, gumming the works of transcendence, slowing the enrichment of life into literature.

Whether readers (then or now) approve of the genre, whether they even believe it exists, a generation of them could take the idea of “confessional poetry” for granted—and this alone is an important fact. But most readers weren’t simply aware of confessionalism; they were thirsty for what it had to offer. They didn’t wait around to see which poems the critics would deem properly “confessional.” Instead, they looked for confession everywhere. Restless and suspicious, these new readers could spot the least hint of fact, could sense the faintest whiff of abjection. Whether poets liked it or not, the rules had changed. Poetry had once been abstract until proven confessional; now it was the other way around. 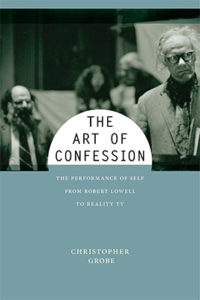 From The Art of Confession: The Performance of Self from Robert Lowell to Reality TV. Used with permission of NYU Press. Copyright © 2017 by Christopher Grobe.

Christopher Grobe is Assistant Professor of English at Amherst College. He is the author of The Art of Confession: The Performance of Self from Robert Lowell to Reality TV (NYU Press, 2017). His scholarly essays have appeared in PMLA, Theater, Theatre Survey, and NLH, as well as in several edited collections. He has also written essays and reviews for Public Books and the Los Angeles Review of Books. Visit cgrobe.com for more information.

9 Animals (And Unseen Gods) as Drawn by Dave Eggers 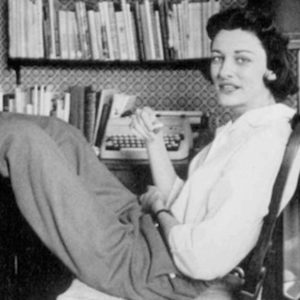 In the April 28th, 1963 edition of the New York Times Book Review, James Dickey—the author of Deliverance, and a poet...
© LitHub
Back to top
Loading Comments...