Kazuo Ishiguro: ‘Write What You Know’ is the Stupidest Thing I’ve Ever Heard

And Other Hot Tips from the Newly Crowned Nobel Laureate

Kazuo Ishiguro, author of The Remains of the Day, Never Let Me Go, and most recently The Buried Giant, and oh, also our newest Nobel Laureate in Literature, turns 63 today. I have long admired Ishiguro’s work, which seems almost effortless, presenting its multi-faceted subjects with cold-water clarity while nimbly experimenting with genre, style, and subject. He also has the distinction of being among the small class of authors whose work is critically lauded and commercially successful, which is no small feat. So in case you would like to follow in his footsteps—who wouldn’t—here’s Ishiguro on his process, what he likes (and hates) to see in literature, and some advice for young writers.

Don’t write what you know.

“Write about what you know” is the most stupid thing I’ve heard. It encourages people to write a dull autobiography. It’s the reverse of firing the imagination and potential of writers. —from an interview with ShortList

Is it possible that what we think of as genre boundaries are things that have been invented fairly recently by the publishing industry? I can see there’s a case for saying there are certain patterns, and you can divide up stories according to these patterns, perhaps usefully. But I get worried when readers and writers take these boundaries too seriously, and think that something strange happens when you cross them, and that you should think very carefully before doing so . . . I would like to see things breaking down a lot more. I suppose my essential position is that I’m against any kind of imagination police, whether they’re coming from marketing reasons or from class snobbery. —from a conversation with Neil Gaiman in the New Statesman

Write towards emotions, not morals.

I’m not looking for any kind of clear moral, and I never do in my novels. I like to highlight some aspect of being human. I’m not really trying to say, so don’t do this, or do that. I’m saying, this is how it feels to me. Emotions are very important to me in a novel. —from an interview at HuffPost.

In fact, start with the relationships.

I used to think in terms of characters, how to develop their eccentricities and quirks. Then I realized that it’s better to focus on the relationships instead, and then the characters develop naturally.

Relationships have to be natural, to be authentic human drama. I’m a little suspicious of stories that have an intellectual theme bolted on, when the characters stop and debate before they carry on.

I ask myself: What is an interesting relationship? Is the relationship a journey? Is it standard, cliché, or something deeper, more subtle, more surprising? People talk about flat versus three-dimensional characters; you can talk about relationships the same way. —from an interview with Richard Beard.

To eliminate distractions, try a “Crash.”

Many people have to work long hours. When it comes to the writing of novels, however, the consensus seems to be that after four hours or so of continuous writing, diminishing returns set in. I’d always more or less gone along with this view, but as the summer of 1987 approached I became convinced a drastic approach was needed. Lorna, my wife, agreed. . . . So Lorna and I came up with a plan. I would, for a four-week period, ruthlessly clear my diary and go on what we somewhat mysteriously called a “Crash”. During the Crash, I would do nothing but write from 9am to 10:30pm, Monday through Saturday. I’d get one hour off for lunch and two for dinner. I’d not see, let alone answer, any mail, and would not go near the phone. No one would come to the house. Lorna, despite her own busy schedule, would for this period do my share of the cooking and housework. In this way, so we hoped, I’d not only complete more work quantitively, but reach a mental state in which my fictional world was more real to me than the actual one. . . . This, fundamentally, was how The Remains of the Day was written. Throughout the Crash, I wrote free-hand, not caring about the style or if something I wrote in the afternoon contradicted something I’d established in the story that morning. The priority was simply to get the ideas surfacing and growing. Awful sentences, hideous dialogue, scenes that went nowhere—I let them remain and ploughed on. —from “How I Wrote The Remains of the Day in Four Weeks,” as published in The Guardian.

Embrace the “down draft.”

I have two desks. One has a writing slope and the other has a computer on it. The computer dates from 1996. It’s not connected to the Internet. I prefer to work by pen on my writing slope for the initial drafts. I want it to be more or less illegible to anyone apart from myself. The rough draft is a big mess. I pay no attention to anything to do with style or coherence. I just need to get everything down on paper. If I’m suddenly struck by a new idea that doesn’t fit with what’s gone before, I’ll still put it in. I just make a note to go back and sort it all out later. Then I plan the whole thing out from that. I number sections and move them around. By the time I write my next draft, I have a clearer idea of where I’m going. This time round, I write much more carefully. . . . I rarely go beyond the third draft. Having said that, there are individual passages that I’ve had to write over and over again. —from an interview with The Paris Review.

Protect your mind from unwanted influences.

I find that when you’re writing, it becomes quite a battle to keep your fictional world intact. In fact, as I write, I almost deliberately avoid anything in the realm of what I’m working on. For instance, [while working on The Buried Giant] I hadn’t seen a single episode of Game of Thrones. That whole thing happened when I was quite deep into the writing, and I thought, ‘If I watch something like that, it might influence the way I visualize a scene or tamper with the world that I’ve set up.’ —from an interview with Electric Literature.

Most writers have certain things that they decide quite consciously, and other things they decide less consciously. In my case, the choice of narrator and setting are deliberate. You do have to choose a setting with great care, because with a setting come all kinds of emotional and historical reverberations. But I leave quite a large area for improvisation after that. —from an interview with The Paris Review.

Be sparing with your allusions.

I don’t really like to work with literary allusions very much. I never want to be in a position where I’m saying, “You’ve got to read a lot of other stuff” or “You’ve got to have had a good education in literature to fully appreciate what I’m doing.” . . . I actually dislike, more than many people, working through literary allusion. I just feel that there’s something a bit snobbish or elitist about that. I don’t like it as a reader, when I’m reading something. It’s not just the elitism of it; it jolts me out of the mode in which I’m reading. I’ve immersed myself in the world and then when the light goes on I’m supposed to be making some kind of literary comparison to another text. I find I’m pulled out of my kind of fictional world, I’m asked to use my brain in a different kind of way. I don’t like that. —from an interview with Guernica.

Be careful what you start.

Everything is built on the early part of the process. It’s important to be careful about what projects you take on, in the same way that you should examine someone you want to get married to. It’s different for everyone: should it be based on your experience, or do you write better at greatest distance, do you write best in a genre? Don’t take on a creative project lightly. —from an interview with Richard Beard.

Ocean Vuong: Interrogating the Canon While (Literally) Riding a Bicycle with No Hands 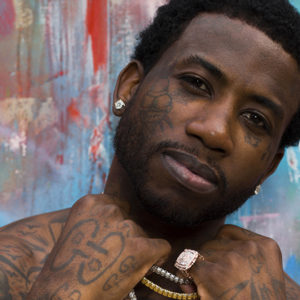 I read The Autobiography of Gucci Mane because I assumed that, like the rapper in question, it would be funny and entertaining,...
© LitHub
Back to top