TODAY: In 1944, Mary Thom, one of the founding editors of Ms. magazine and “one of the women’s movement’s best editors” according to Gloria Steinem,  is born.

Rebecca Solnit on the corrosive privilege of Donald Trump, the most mocked man in the world · Sherman Alexie on catharsis, PTSD, and being unable to forgive his mother· Sex, memoir, and the women of the beat generation: On Diane di Prima’s Memoirs of a Beatnik · On the queer literary origins of Wonder Woman · Chris Kraus on why you should read Eileen Myles’s first novel, Cool for You· My fictional nemesis: Why Thomas Hardy’s Angel Clare is the worst · Why are we so afraid of female desire? On sex and moral panic, from the Victorians to the Hays Code · On the emotional resonance of the diaries of Franz Kafka, the ultimate self-doubting writer · Samantha Irby needs to talk about some shit· What abolishing the NEA will mean for women artists

In the wake of his death, we look back on Denis Johnson’s Jesus’ Son and Train Dreams · The sneak attacks of wisdom and poignancy in David Sedaris’ diaries · A 1971 New York Times review of The Complete Stories of Flannery O’Connor · “Just about perfect”: Eudora Welty on Charlotte’s Web · “The rareness and difficulty of love” in James Baldwin’s Giovanni’s Room · Arundhati Roy, Otis Redding, Aliens, Al Franken, and more all feature among the Best Reviewed Books of the Week 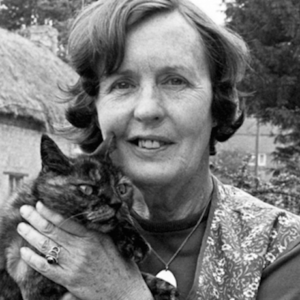 Franz Kafka, the ultimate self-doubting writer. | Literary Hub Don’t make yourself the hero of the story (and...
© LitHub
Back to top