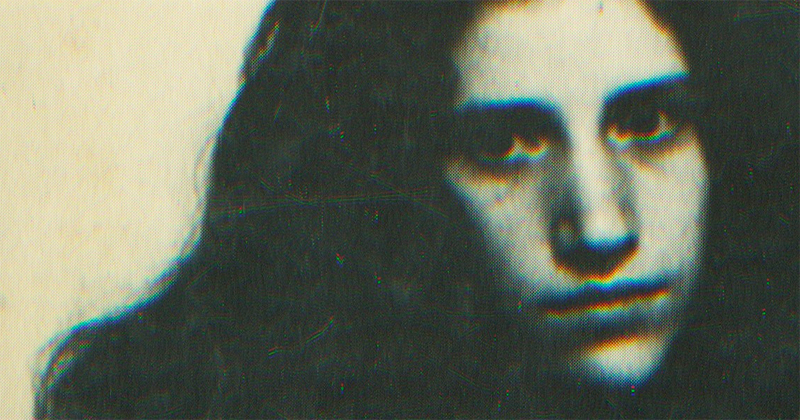 Sex, Memoir, and the Women of the Beat Generation

On Diane di Prima's Memoirs of a Beatnik

“What do you suppose happened to all the beatniks?” mused a blonde freshman as she drove me back to San Francisco after my reading in Berkeley last year. Well sweetie, some of us sold out and became hippies. And some of us managed in preserve our integrity by accepting government grants, or writing pornographic novels. John Wieners is mad and in make-up in Buffalo, Fred Herko walked out a window, Gary Snyder is a Zen priest. You name it.

Memoirs was initially published in 1969, a full decade and a half past the events it describes. By that time di Prima was no stranger to either the publishing of sexually explicit texts or its attendant backlash. In 1961, The Floating Bear, the literary magazine she edited with LeRoi Jones (Amiri Baraka) was seized for obscene content and Jones was arrested, the first of many such encounters for both writers. Jones eventually moved beyond the haunts of the Village for Harlem and the Black Arts Movement, while di Prima traveled deeper into the world of the Beats, a loose grouping of friends and writers who mixed jazz aesthetics, poverty-chic, and bohemian ennui in the years between the second World War and the rise of the 1960s counterculture. By 1969, she was regarded as one of the best—and only—women writers of the Beats, having published several poetry collections and works of translation, and had been featured in numerous literary journals. She moved to San Francisco that year after over a decade in New York City and a brief stint at Timothy Leary’s commune in Millbrook, New York.

Maurice Giordias, the man behind Olympia Press, approached Di Prima to write Memoirs of a Beatnik after she anonymously penned several pornographic scenes for other Olympia Press novels. Memoirs was to be one of the few books published by Olympia’s short-lived New York City office. The novel provided readers with glimpses of Beat luminaries Jack Kerouac, Allen Ginsberg, and Gregory Corso, but the bulk of the storytelling takes place before di Prima discovered the new literary movement. Instead, it opens around 1954, the year that a 19-year-old di Prima left Swarthmore College to live in New York City with two female classmates. It opens the morning after the narrator “makes it” for the first time and then transitions quickly into a series of sexual encounters: first with the man she has gone home with, and then his roommate.

Reading the text can be exhausting. To echo one reviewer, “I expected a lot of sex scenes, but could you believe there are too many of them?”[1] In order to create a text that would satisfy Giordia’s readers—the editor frequently sent di Prima drafts back scrawled with the demand “MORE SEX”—di Prima collapsed what had really been five years into the final yearlong narrative and added, as requested, more sex.[2] In her note in the 1987 version, she explained that, “sometimes I’d wander the house looking for folks to check things out with: ‘lie down,’ I’d say, ‘ I want to see if this is possible.’”[3]

Readers of di Prima’s Memoirs were drawn into the assumed veracity of her account, and their own nostalgia for the imagined innocence of the 1950s countercultures. The alternative press almost universally lauded Memoirs as an unflinching and titillating portrait of life in pre-hippy New York City. One reviewer wistfully recalled those days when Levis reigned, where the only drugs available to would-be bohemians were grass and, if you were lucky, a prescription for Dexedrine. This was an imagined past that ignored the descriptions within Memoirs of “junksick boys” and, of course, Freddie Herko’s suicide after years of homelessness and drug addiction, which is referenced in the preface.[4] These reviews spoke to the complex gender politics of the sexual revolution as well. The NOLA Express critic for example, called Memoirs, “probably the most forthright and true to life book ever written by a woman” although he mused that, “If you read it, you’ll probably wonder if most of the members of the Women’s Liberation Movement would really like to be as un-inhibited as Diane di Prima.”

Why did these reviewers so insist on the authenticity and truth of a book that, at best, mixed fiction with an exaggerated version of life? There are several possible reasons. The title played into a kind of myth-making by its author. Drawing on expectations of literary form, the title promises readers a truthful and personal account. And by naming herself only as a “beatnik”—one of many instead—di Prima created the illusion that her experiences mirrored those of unnumbered and unnamed peers. It also tapped into the anxieties swirling around by 1969, particularly about what were considered the unfulfilled promises of countercultural revolution. As the tragically young runaways of Joan Didion’s Haight-Ashbury spoke of drug-addiction and hopelessness and the violence at Altamont threatened to overshadow sunny memories of Woodstock, di Prima’s memoir offered a glimpse into a 1950s world of easy communal living in New York’s tenements and sex without consequences.

In a particularly candid moment in Memoirs, the narrator addresses the readers directly to exclaim, “Fuck the pill” as part of a screed against all forms of contraception (in the 1988 reprint di Prima added a note about the importance of safe sex in preventing the transmission of HIV). Never mind that the author herself spent years hustling for work in offices and bookstores to pay rent in those tenements, accepted countless donations of food and money from family, and underwent an emotionally fraught abortion; labor and experiences that belied the imagery of the Beats as easy-going vagabonds.

In a way, di Prima’s text also prefigured the interest in memoirs by Beat women that bubbled up in the 1990s, with books by Joyce Johnson, Carolyn Cassady, and Hettie Jones. These books, along with Johnson’s 1962 novel, Come and Join the Dance (published under the name Joyce Glassman), explored the same themes as di Prima’s Memoirs, though in less explicit terms: coming of age, loss of innocence, sexual exploration, navigating life as a women in a counterculture. The most extreme example of this might be Bonnie Bremser’s Troia: Mexican Memoirs, an epistolary memoir allegedly published without Bremser’s oversight by her husband, the minor Beat poet Ray Bremser. In Troia, composed from letters Bremser sent to Ray, she recounts her intimate life with him, her experimentation with illegal drugs, and, ultimately, giving up her daughter and resorting to sex work to support herself in Mexico while Ray was serving time in a Texas prison.

Thus while memoir (both real and imagined) became a powerful tool with which Beat women could tell their stories, it also relied on a cultural fascination of these women as sexualized objects for Beat male subjects. A quick survey of the book jackets for Jones and Johnson’s memoirs for example, shows a clear emphasis by the publishers to promote the relevance of each author through the men they were connected to: LeRoi Jones (Amiri Baraka) and Jack Kerouac respectively. Di Prima was not excluded from this treatment either. In a recent edited volume on queerness in Beat writing, one of the two passages by di Prima is from Memoirs of a Beatnik, but rather than draw from the rich array of vignettes of female same-sex love in the memoir, the editor chose instead to include a scene at the end of the memoir between Jack Kerouac, Allen Ginsberg, another male friend, and a tired and reluctant di Prima. In fact, neither example from di Prima features female desire.

Di Prima was very much a part of this interest in Beat women in the 1990s. Last Gasp reprinted Memoirs of a Beatnik in 1988, as did Penguin in 1998. Three years later Viking published di Prima’s actual memoir; Recollections of My Life as a Woman. While di Prima’s exploits may not seem as startling to readers of 1998 or today, perhaps it is time to revisit Memoirs as an example of the ways that women negotiated identity, respectability, and profit, before and immediately after the so-called sexual revolution.  We then might imagine memoir, as di Prima and other Beat women used it, as a double-edged sword. It was a way to tell a truth about their lives that confined their talents and voices to a highly prescribed genre in which fiction was often more compelling and palatable than fact. More interestingly though, and perhaps more compelling, is the argument that these women, though bound by the self-silencing and self-doubt that Beatdom imposed, were savvy marketers of their own identities and experiences in a marketplace that valued an authenticity and sexual spectacle that they themselves knew to be a fantastical creation of the men they with whom they lived and loved.

What Counts As Standard? On Black English and Black American Sign Language 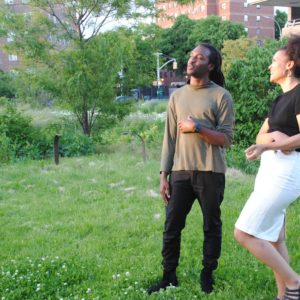 Late Friday afternoon, I walked through tree-lined, brownstone blocks of Bed-Stuy to get to the Weeksville Heritage Center...
© LitHub
Back to top