Cool for You Reissued Just In Time

“Plot doesn’t interest me that much, but time travel does,” Eileen Myles laconically told Nate Lippens in The Stranger after the first publication of her first novel, Cool for You, in 2000.

You could say the book is about Myles’s childhood, and that would be true, but it would also be partially wrong. Using her particular childhood—the one she knows best—as a base camp, Myles proceeds to investigate childhood itself, and the role institutions played in the formation of self in the American mid-20th century. In a project akin to Nathalie Sarraute’s 1985 book Childhood, in which Sarraute devised a new narrative form by writing from, not about, childhood’s “pre-dialogue” state, Myles transcribes the act of recall. Since Myles is, and has always been, the most public of poets, this act of recall happens here, happens now, in front of our eyes. As she told Lippens: “I got the idea I could make a novel by shuffling the stories into each other and finding some way they could be interconnected.” By recalling her childhood and early youth, Myles arrives at a breathtakingly new proposition for what “the novel” can be.

Cool for You was written on the heels of the publication of Myles’s linked story collection Chelsea Girls, where she first translated the rangy, direct, highly public and intimate mode of address of her poems into prose. In Chelsea Girls, Myles established herself as one of America’s great raconteurs: someone who’s able to recount an event, and the stories behind that event, and the moment-of-telling, and what it all means in what feels like a single and dizzying breath.

After its publication, Cool for You was rightly described as a kunstlerroman, a chronicle of an artist’s becoming. There are many precedents for this, most famously those written by Rilke, Goethe, Samuel Butler, D.H. Lawrence, James Joyce. But as a writer who is also a working-class lesbian poet, Myles finds that to describe her own life, she must investigate everything, from educational and institutional control to the sensation of language itself. Family relations play a large role in the artist’s formation, but so do the relations between people and things. In grade school, the young artist longed to be an astronomer because “they were lookers and I was a looker too.” Later, having established herself as a poet, she turns her attention to language and its mother, sound: “Words are nothing. Believe me. Words are empty. It’s the squawking of the animal, the wheezing, the desperate wind of a life rattling through a body.” And: “I believe in sound. It’s the tiniest shaking, when the colors are gone, and the smells disperse, the shaking continues, its effect is infinite . . . Nothing in the world staying still, every dropped ruler in a classroom forty years ago is a tingling moment . . .”

Although she is marked by her alcoholic father’s premature death, the narrator of Cool for You grew up in a relatively stable working-class family in Arlington, Massachusetts. As a child she observed how the “families I knew were like little boxes.” Her mother worked as a secretary and she attended Catholic, not public, school. The adults have their own problems, and since the narrator is an independent and smart child, no one thinks to protect her from anything. One of the book’s most startling revelations is the extent that young girls were exposed to life’s darker realities at that time and place.

When she is 14 years old, the narrator takes an after-school job at Shore’s, a neighborhood nursing home. Charged with delivering trays of mucousy food to the rooms, she hears the wails of the patients. “It was like it was only one dinner, again and again,” Myles writes, “a pattern of food entering and re-entering a stream of food fabric coming down the line of endless dinner times while we waited for the people to die.” Once, she discovers that the woman she brings poached eggs to on Saturday morning is already dead.

By then, she already knew exactly how these scenes of dereliction began. The family of her neighborhood friend Lorraine ran a boardinghouse in their home, a sort of pre-nursing home. Here, she met older women in their forties, fifties, and sixties living alone in small private rooms full of beads and old clothes and pictures of men. It didn’t take the child-Eileen Myles long to surmise that “women wind up in little rooms, women wind up alone.” Still, even this astronomer of human relations is shocked when she sees Mrs. Beatty, once the boardinghouse “star,” with her cigarette holder, fur coat, and spectacular entrances, has arrived at Shore’s too, her “big bare butt being lifted off a potty seat . . . I could smell her shit, but mostly it was her white nakedness and the fact that Mrs. Beatty was one of the most covered people I had ever seen in my life . . . and there she was without her hat . . . it was all gone, her colors and her fur and even her voice.”

There is madness, of course, in Myles’s family background—institutionalized madness wasn’t uncommon in that time and place. Part of the book’s narrative frame entails Myles’s search for the medical records of her grandmother, Nellie Reardon Myles, who entered a state institution when she was 60 years old, and died there some 14, or 15, or 16 years later—the records tell how many teeth she has left; they know her disposition—“resentful”—at times, but they don’t know the date of her death. After attending another state institution, the University of Massachusetts Boston, a commuter school that doesn’t live up to the dreams of college life she’d formed as a child while watching TV, the narrator moves west and floats with madness herself. She drifts to Vancouver, and then San Francisco, and works many jobs. She observes on the news: “There were bodies turning up in graves every day . . . It was like people liked it. It would be so easy to kill me. Anyone could. That’s why I didn’t like it. It was just a small coincidence, my life. One of those sad girls.” But she doesn’t stay there. She doesn’t say how—the is matters more than the how—but then she comes back.

Seventeen years after its first publication, the book feels just as radical, startling, and daringly alive as when it first came out. Perhaps now it will be better read. When Dave Eggers titled his 2000 book A Heartbreaking Work of Staggering Genius, I think really he was talking about Cool for You.

Eileen Myles will be signing copies of Cool for You tomorrow, Thursday, June 1, at Book Expo in New York. 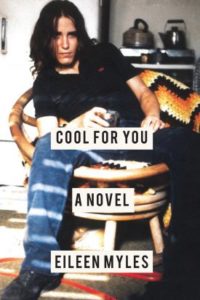 From the introduction to COOL FOR YOU by Eileen Myles. Copyright 2017 by Chris Kraus.

Chris Kraus is the author of four novels, including I Love Dick and Summer of Hate, two books of cultural criticism, and, most recently, a critical biography of Kathy Acker. She is a co-editor of Semiotexte and lives in Los Angeles. 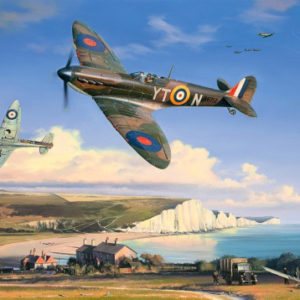 I’m telling Bessie about the revelation which I must have had before I was ten because it was in our dining room in Vienna. About...
© LitHub
Back to top
Loading Comments...