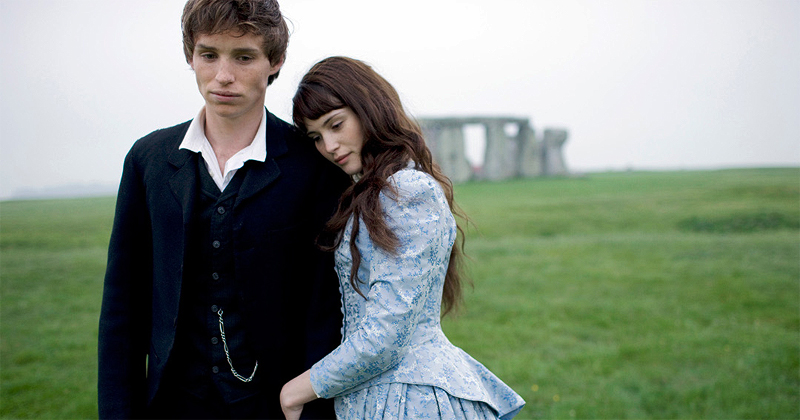 My Fictional Nemesis: Why Thomas Hardy’s Angel Clare is the Worst

Reading a novel is an affair of the heart. And like most confirmed bookworms, my relationship to a book is textured by emotional attachment to its characters. Some—Jane Eyre, Maggie Tulliver—summon my affection like old chums. Fitzwilliam Darcy? What can I say—an epidemic crush always possesses some widespread appeal (it is a truth universally acknowledged, and so forth). And yet, my most passionate literary relationship is characterized neither by empathy nor by romantic whimsy. I’m instead most preoccupied by an almost lunatic animosity for a single—irredeemably wretched—fictional man.

Thomas Hardy, born on this day in 1840, introduced me to the object of my devoted loathing when I first read his 1891 novel Tess of the D’Urbervilles. I consider Hardy one of my favorite writers and count the book among those most beloved to me. Each time I weep for Tess Durbeyfield because her incandescent goodness finds no sanctuary in Hardy’s indifferent universe—and because she has the misfortune to become entangled with one despicable Angel Clare. Dear readers, I fucking hate that guy.

If you’ve also read the novel and share my staunch loyalty to Tess, I suspect your own estimation of Angel Clare is none too lofty. After all, nearly every misery Tess encounters results, if not from cruel happenstance, others’ vanities and caprices. After her drunkard father, John Durbeyfield, learns that his family is descended from the great English family D’Urberville—now all but extinct—he and his wife, a similarly callow person, send Tess to claim kinship with the last of their wealthy family. On this errand, which Tess is mortified to perform, she encounters Alec D’Urberville, a mustachioed villain who would be comical if his lust were not so dangerous. After raping Tess, she lives unwillingly as his companion until, utterly unable to bear it, she abandons him, returns home, and delivers his illegitimate child—a boy called Sorrow, named deliberately by his mother before he dies in infancy.

Tess meets Angel a few years later while working as a milkmaid, and though their attraction is potent and mutual, she fears taking a husband when, according to Victorian morality, her virtue has been blemished. Yet she finally yields to him, too in love to deny herself the first ardent joy she has known. And for a fleeting moment, she believes that she is delivered—that she has emerged, finally, from the shadow of her past. On the night of their wedding, Angel confesses to Tess that, years ago, he had an affair in London. In turn, Tess readily confides her history with D’Urberville, believing—appropriately but naively—that Angel could not possibly fault her when her “sin” matches his own. But he does.

Nineteenth century misogyny teaches Tess that she bears the brunt of D’Urberville’s shame, and so she equates rape with Angel’s willful dalliance. But Angel’s perspective is further mangled—not merely by social mores, but also by his warped mythology of women. For he has come to love Tess as a platonic ideal—she is not just a woman, but burdened with the mantle of idealized virginity. After learning that his new wife is not an untouched nature goddess he pronounces Tess “dead” and abandons her. “Forgiveness does not apply to the case,” Angel declares, as Tess begs for her new husband’s pity. “You were one person; now you are another…the woman I have been loving is not you.”

Perhaps, after following my account this far, you’ve already raised a skeptical eyebrow. To be sure, Angel is a feckless hypocrite, but what about Alec D’Urberville, Tess’s rapist—a man who ravages the Wessex countryside in search of fresh, naïve prey, and who wields his influence to indulge his obsession with Tess. I don’t deny Alec’s villainy: he is one grotesque and immediate cause of Tess’s bevy of misfortunes. What’s more, he’s a byproduct of the insidious rape culture Hardy illuminates long before contemporary activists had supplied that vocabulary.

But so too is Angel. Indeed, he commits the sort of emotional violence against women that persists in the age of the Fake Woke Bae. We know from the start of the novel that he is self-satisfied sort of fellow. Never trust a man who selects a musical instrument in congruence with his name (you may recall that he purchases a cheap harp to play—poorly—on solitary evenings). First and foremost, could anything be more nauseatingly hokey? And while Angel might protest that it was a mere fancy, it belies a fetish for optics. He may trumpet his anti-materialist philosophies, yet he is, at base, a man invested in appearances.

He is marked by this superficiality from Tess’s first pages. Angel happens upon a May Day dance in Tess’s village and, unwilling to forego the opportunity for flirtation, joins the fray. He’s especially chuffed to be the only available male partner and smugly surveys the young women like a monarch eyeing his jewel collection. Choosing Tess that day might have spared the lovers a continent of woe—but this is a Hardy novel, and fortune rarely favors his characters. Accordingly, Angel does not notice his future beloved until he is departing the scene. We cannot fault him this much, but regardless: boyish caprice prevents Angel from meeting Tess before Alec wreaks his havoc upon her.

“Angel Clare commits the sort of emotional violence against women that persists in the age of the Fake Woke Bae.”

Sexual self-satisfaction may be poisonous to Angel’s character, but even more so is the flintiness undergirding his principles. Proudly heterodox, this clergyman’s son denounces old aristocratic families—like the D’Urbervilles—whose bloodlines he regards as pestilent and feeble. Upon learning that a young milkmaid claims such lofty ancestors, he spurns her with flagrant repulsion. When parceling out blame, Angel possesses neither nuance nor mercy. “Ah! You’ll never make a good dairymaid,” he reproaches little Retty Priddle. “All your skill was used up ages ago in Palestine, and you must like fallow for a thousand years to [get] strength for more deeds!” Retty, quietly besotted with Angel, later attempts suicide to escape unrequited love’s agonies.

But Angel’s pride breeds inconsistency. When it seems advantageous to flaunt Tess’s forebears—before his more genteel family and their society—he urges her to dispense with “Durbeyfield” and to assume instead the name that has been her curse. And when he learns Tess’s history, he repurposes his knowledge of her ancestry to doubly condemn her. “I cannot help associating your decline as a family with . . . your want of firmness,” he decries, in unrelenting laceration. “Decrepit families postulate decrepit wills, decrepit conduct. Heaven, why did you give me a handle for despising you more by informing me of your descent! Here I was thinking you a new-sprung child of nature; there you were, the exhausted seedling of an effete aristocracy!” Even in his wretchedness, Angel Clare cannot resist the indulgence of florid condemnation. As he belittles Tess he licks the wounds of his trampled masculinity through brutal condescension.

For what else is at the bottom of this but Angel’s pride, mewling and male and undergirded by—gasp!—centuries of patriarchal ancestry dictating that he should deflower his bride. The novel calls Angel a man of conscience and takes care to note that, upon falling in love with Tess, he is determined not to toy with her affections. This is a noble intention, but as is the case with any fraudulent Nice Guy, it is predicated upon the safety of his own ravenous ego. Male enlightenment so often totes the conditions of convenience and pleasure. Angel’s esteem for Tess was always compromised by his love of novelty—“you’re not like other girls,” he may as well have told her. And from a purely demographic perspective, it’s true: Tess may be the daughter of a drunken cottager, but she is more educated than most in her sphere (the narrator reminds us frequently of her significant advancement in school). More importantly, she possesses an aspect of refinement, as well as a poetic sense of intuition, both of which are curious and captivating to Angel. “She’ll be apt pupil enough,” he assures his father. “She’s brim full of poetry…She lives what paper-poets only write.” But in Angel’s defense of Tess, she is primarily an art object—perceptive, perhaps, but above all ornamental. Her mind is only significant insofar as it is pliable to Angel’s touch, so that he may shape it according to his predilections.

Yet Tess is not some comely tabula rasa awaiting the influence of her spousal better. She has submitted, albeit unwillingly, to another man and buried his child: her disposition and insights are imbued by these calamities. Angel cannot claim this part of Tess; accordingly, he is unmoved by his wife’s tragic education. If he admits that she was “more sinned against than sinning” it is with perfunctory coolness. Whatever the context, Tess has abandoned the porcelain cast her lover set for her. She is not who he demanded she be, and she cannot unlearn what her body has known. In Angel’s myopic view, he will always be the second man, and that is insupportable to him.

Angel’s eventual repentance—for repent he does—carries no significance for me. After a long estrangement, he staggers from the mire of self-pity to seek reunion. But of course it is too late. In the meantime, Tess’s father has died, leaving her mother widowed with a thick brood of children. D’Urberville, apprised of this information, wields it to lure Tess into his bed: her family will want for nothing so long as she submits to his base companionship. Convinced that Angel will never return—by D’Urberville as much as by her own despair—Tess relents.

And so the lovers’ recoupling is Tess’s final death knell. She murders D’Urberville in order to escape, and shares a precious few days roaming the countryside with Angel before being condemned to the gallows. “Now I shall not live for you to despise me,” Tess tells Angel, before yielding to the police.

If only that were true. The more cynical reader knows that Tess has already endured the brunt of Angel’s loathing, unmitigated even by the force of his love. And did he love her, really? I’ve never arrived at a satisfactory answer. Like so many men of fiction and fact, everything good in Angel withers under misogyny’s white-hot glare. For the world is rife with Angel Clares—like most women, I’ve never been able to escape him. He is the political mansplainer—the self-proclaimed “feminist” who asks a rape survivor if she had been drinking that night—the English professor who simply couldn’t fit work by a woman of color on his syllabus without sacrificing Hemingway.

And he is the man who, like Angel, turns on his partner due to some detail of her sexual history. For while Tess’s fate may have been blighted from the start—Hardy would have us believe as much—it was her husband’s hand that led her to the scaffold. When the benefactor is so faithless, nooses and wedding bands amount to the same thing.

Rachel Vorona Cote is a writer living in Takoma Park, MD. She has written for many venues, including the New Republic, Rolling Stone, Poetry Foundation, Catapult, and various other venues. She was previously a contributor at Jezebel. Her first book, Too Much: How Victorian Constraints Still Bind Women Today, is forthcoming from Grand Central Publishing. Find her on Twitter here: @RVoronaCote.

Don't Make Yourself the Hero of Your Own Story 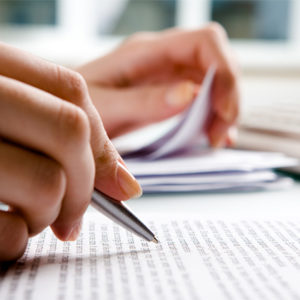 Don't Make Yourself the Hero of Your Own Story

Eight years ago, I decided, very reluctantly, to write a memoir. I had never really planned on it—exploring other people’s...
© LitHub
Back to top