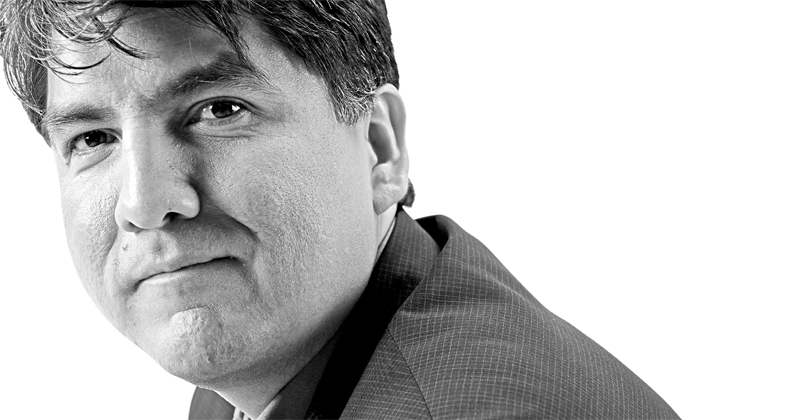 Sherman Alexie: “I Think We Live in a Constant Funeral”

On Catharsis, PTSD, and Being Unable to Forgive his Mother

This profile appears in the June 2017 issue of BookPage.

Sherman Alexie doesn’t yet know if writing a fierce, wrenching memoir about his deeply troubled relationship with his beautiful and abusive mother, Lillian, has been cathartic.

“I performed the audiobook a couple of weeks ago over the course of five days, and it was hard. Hard,” Alexie, a Spokane/Coeur d’Alene Indian and award-winning author of 26 books of poetry and fiction, says during a call to his home in Seattle. He lives there with his wife, an administrator at Seattle University who was born on Turtle Mountain Reservation, and their two sons, ages 19 and 15. Usually he works out of an office he describes as “a studio apartment that looks like a bookstore exploded.” But today he is at home, anticipating the publication of You Don’t Have to Say You Love Me.

“What I’m realizing now,” he says, “is that the writing of the book was just the first half of the ceremony. Now I’m entering into the second half of the ceremony, bringing it to the public, starting to talk about my mother, and hearing the stories of other people’s mothers.”

Lillian Alexie died at the age of 78 in 2015. For the previous 20 or so years, whenever possible, Sherman avoided visiting her at the Spokane Indian Reservation in Wellpinit, Washington, where he and his witty twin sisters grew up in poverty. He believes he inherited his bipolar disorder, diagnosed in 2010, from her. She was a complicated woman—generous to many, withholding or worse to Sherman, loved or despised by family members and neighbors. She was a brilliant quilt maker who wouldn’t sleep under her own quilts (“Quilting was her philosophy,” Alexie writes)—or teach her native language to her children. In a heartrending chapter Alexie decided to include only at the last moment, he writes that he has not worn a pair of moccasins in 40 years because of her behavior at a powwow in Arlee, Montana.

“That was an incredibly traumatic experience,” Alexie says with some anguish. “I find myself wondering, what do I do as an Indian when some of our most sacred moments—like a powwow—aggravate my PTSD?”

Lillian’s death unleashed a torrent of poems. “They came first without bidding and without structure. They just came. I would just write and write and write,” he says. He thought the resulting work would be a book of poetry. “Then I realized that I had more stories to tell, stories that needed to be told in nonfiction form. I thought the structure of the book was going to be framed by the first chapter of her being diagnosed and the last chapter of her dying. I just assumed it was going to be a much more traditional structure. But as I started writing the nonfiction, it started arriving in much more improvisational fashion. And I realized that the way my mother and I lived our lives, and the way our tribal culture works, and my mother’s cosmology and our own mental illnesses, shared and separate, that the very construction of the book—this back-and-forth in time, back-and-forth in emotion—was going to match the way it felt to be her son.”

“I don’t know that I forgive my mother for her crimes against me. But I think I’ve come to a place where I understand them.”

Alexie’s approach to the structure of the book results in an emotionally powerful read. His skills as a poet may go unacknowledged by some, but they are evident here.

“One of the things that I’ve always enjoyed is that the forms that use repeated lines, repeated phrases, sound tribal. They very much sound like our traditional songs and ceremonies. And in grief ceremonies in all cultures, repetition is omnipresent.”

Alexie’s improvisational approach also allows him to write meaningfully about the context of his and his mother’s lives. Reaching back into the history of his tribe, for example, he writes about the impact of the construction of the Grand Coulee Dam, which cut off his people’s access to wild salmon, an essential element of the culture. “The loss of wild salmon for us, the environmental destruction for us, directly affected our souls. Often this doesn’t get addressed.” Alexie also writes that on the reservation, loneliness is a natural cause of death, endemic to reservation life. “I think we live in a constant funeral,” he says.

And yet, You Don’t Have to Say You Loved Me and the reservation life it portrays bubble with humor. In conversation and on the page, Alexie is often quite funny, disproving the stereotypcial view of Native Americans as being closed-mouthed stoics. “I think my whole life has been based on people being shocked by my personality, what they expected to see versus who I am,” Alexie says. “To this day, people often think that I am an anomaly—the way in which I’m loud and emotional and funny and profane and dirty and unabashed. But that’s the culture I grew up in. The stoic part about Indians? That’s our armor. I always tell white folks if you’re around Indians and they’re not making fun of you, then they don’t like you. In our culture, we are incredibly verbose and funny. And constant storytellers.”

Returning to the subject of his mother, Alexie says, “I don’t know that I forgive my mother for her crimes against me. But I think I’ve come to a place where I understand them. I can’t forget what she did to me as an individual. But in terms of the lives of Native American women of her generation, I can completely understand why it happened the way it did. So if not forgiveness, I certainly have empathy. And for me to be empathetic toward my mother might be the bigger thing.”

He adds, “As I say in the book, even though the book is negative, very negative about her in parts, she would have loved being the subject of this. Oh gosh, she would have sat right beside me and signed the book.”

Secrets of the Book Designer: How to Design for a Feminist Icon 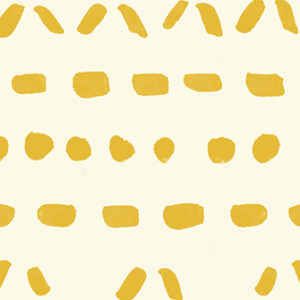 Secrets of the Book Designer: How to Design for a Feminist Icon

My cover for We Should All Be Feminists (2014) is not my “best” design. It is not the most clever, or the most beautiful,...
© LitHub
Back to top