The ultimate summer 2018 books preview • After the parties, after the drinks: the tiny Venetian island where Hemingway went to write • From Star Wars to Lord of the Rings, how to build an entire fictional world • Every day, another language dies: Heather Altfeld offers a final farewell to words we’ll never hear again • Bradley Babendir isn’t crazy about being in nature, but sure loves reading about it • Darnell L. Moore on the unbearable whiteness of being at college • Anthony Burgess on Kubrick’s adaptationof A Clockwork Orange: “If [it] can corrupt us, why not Shakespeare or the Bible?” • Is this the year Norway’s greatest living writer becomes a household name in America? (Dag. Dag Solstad.) • When Walt Whitman’s poems were rejected for being too timely • How Rebekah Frumkin learned to write characters that made her feel less alone • Anxious, impatient, seasick, married: on the not-so-great start to Mary and Percy Shelley’s life together • “I never wanted to be an evil stepmother…” Danielle Teller no longer thinks of herself as an “entirely good person” • My day with Andy Warhol: David Searcy encounters an icon • “The language of self-denial is the first I ever learned.” Samantha Zighelboim on the poetics of fatness • Our favorite stories of the month: from babies to The Big Sleep, the best writing at Lit Hub this May

Levi Stahl on what he learned delving into Donald E. Westlake’s letters • Audiobook addict Beth Gutcheon surveys the very best in crime audiobooks • Tracy Clark on hard-boiled dames and growing up on the south side of Chicago • Why horror maestro Laird Barron thinks crime, noir, and horror aren’t so different • Find a few hours to escape with 10 of the greatest road trips in crime fiction • Lincoln Michel on literature’s greatest con artists • Adrienne Sharp remembers the dirty, run-down, trashy world of 1980s Vegas • From Condor to Luke Cage, 7 crime shows to watch this June • Michael Niemann investigates the political slant of stories of justice and restored order

Brittney Cooper on Her Growing Relationship to God and Church 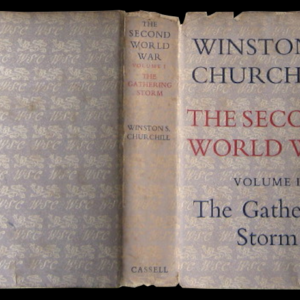 My day with Andy Warhol: David Searcy encounters an icon. | Lit Hub “The language of self-denial is the first...
© LitHub
Back to top