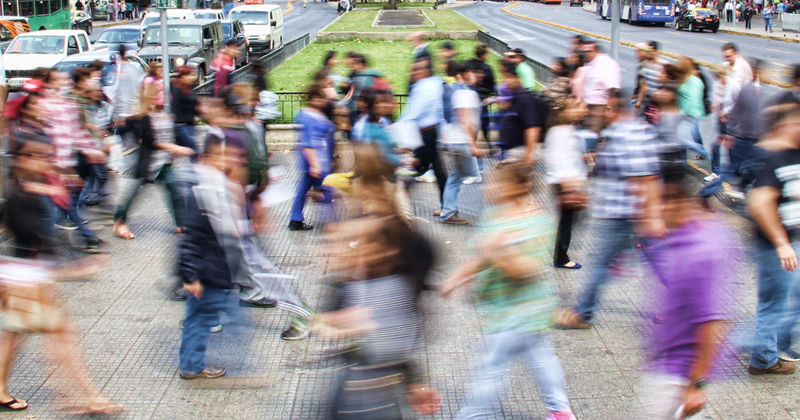 Learning to Write Characters Who Make Me Feel Less Alone

Rebekah Frumkin on How We Default to the White Male Perspective

Early on in my MFA, I workshopped a chapter of my novel I had reworked several times already and thought was particularly strong. I was in the habit of workshopping writing I thought was good—I seemed not to understand that the workshop was for those chapters and stories in need of fine-tuning—because I was addicted to affirmation. I wanted to be told I was doing well. I wanted to be told to keep on going with my project.

All in all, people seemed to like the chapter. I got laughs. I got reassurances that I should keep going. I got everything I wanted except the approval of one workshop member, who asked, “Where are the women?”

Where were the women? I was writing a book that I hoped some critic would someday call a “mordantly funny takedown of toxic masculinity.” It was a story about white men—specifically how awful they can be. Why did I need women?

I stewed over the comment. At dinner with a friend, I ranted that I wouldn’t have received the comment had I been Robert Frumkin instead of Rebekah.

“That may be true,” my friend said, “but you still have to ask yourself why the comment is bothering you so much.”

“Do I?” I shot back, but I could already feel my face growing hot: I knew I did.

As a teenager my “serious reading” consisted of Philip Roth, John Cheever, Saul Bellow, William Styron. I thought that the height of literary achievement was the ability to think like a middle class cishet white man. I congratulated myself on being able to describe a woman’s naked body from a man’s perspective—“her pendulous breasts,” and “the soft dip of her navel”—and I worked hard to generate conflicts befitting well-educated suburban characters. I legitimately thought that producing good writing meant imitating postwar male writers, taking their ennui and infidelity seriously, crafting beautiful sentences about how difficult it is to hold down a white collar job when you can’t stop imagining the office secretary naked. None of these themes were remotely resonant for me, but I thought that if I “mastered” them, I’d become a great writer.

By the time I got to my MFA program, I wanted to believe I’d outgrown my fascination with all things white and cisheteropatriarchal. But I hadn’t. I was giving cishet white men center stage in my fiction. I may have been making fun of them, but they were still getting star billing. I wasn’t just missing women: I was missing literally everyone else.

I was reading James Hannaham’s God Says No around the time I had this realization. The story of a gay, Black Christian man in the deep South, it was and remains one of my favorite books. I wrote Hannaham a fan letter, gushing about how gifted he was and how I, too, wanted to write fiction that inspired social change. He wrote back graciously, reassuring me that I could do so as long as I used my social privileges for good and fought against any oppressive forces holding me back.

So I wrote women. The bodies I had practiced describing became faces with voices like my own. They became people with careers and concerns. They had periods. They gave birth. Cishet women living their lives under the patriarchy, made to keep their grossness and strangeness secret unless they could be somehow used to please men. Black cishet women rolling their eyes at white cishet women and their weak, self-centered feminism. White cishet women dropping acid with—and getting burned by—white cishet men. It all seemed really great. I was making my book bigger. I was fighting the oppressive forces that had been holding me back while checking the privileges that had given me unearned advantages. I had performed the Good Writing Calculus.

And then something unexpected happened: I snapped. One day I was writing my novel in my unassuming one-bedroom apartment. And the next I was springing barefoot to the ER after 30 hours with no sleep, head full of chemicals, convinced I was having a heart attack. I was hospitalized, though not on a medical floor. I remember sitting in scrubs in a rocking chair, staring hard out the window while a kindly attending psychiatrist informed me that I had bipolar disorder.

Nobody else in the psych ward understood why I was there. A young woman who’d been abandoned by her parents and hospitalized for near-fatal self-harm thought I led a lucky life. An elderly woman who needed near-constant use of a CPAP machine thought it was unfair that I was being kept on the unit—someone else probably needed my bed more. As someone who spent all her time thinking about craft and creativity and navigating the literary world, I understood I was breathing rarefied air. My experience was bizarre to the other patients. I was both terrified of the life I had chosen and thankful for being able to choose it. I was also beginning to understand how foolish the Good Writing Calculus really was.

More than ever before, I was bored by expectations of myself. The contortions I’d had to perform in order to produce writing that I thought was “good”—“good” by way of some set of criteria external to me—now seemed tedious and embarrassing. I didn’t have the energy to be a writer I wasn’t, to imitate the so-called greats, to manipulate my voice into something that I hoped would someday be Pulitzer-winning. All I could do was write the way I wrote, with the simple intention of creating characters who made me feel less alone.

As a psychiatric patient, you’re essentially called upon by the medical establishment to build an ad hoc community. You meet a lot of new people, each one of them a potential ally in your battle against your illness. Some of these people are kind to you. Some aren’t. The kind ones will take time during group therapy to think about your problems: you just ordered your firstborn out of the house or had a dangerous hookup while manic or can’t get rid of a needy friend. You will get to know one another incredibly well. You will massage the pain out of one another’s stories. The scope of my writing expanded. The scope of my reading, too. The specters of the postwar white men vanished, replaced by Hanya Yanagihara, Octavia Butler, Ocean Vuong.

Eventually I met and fell in love with a woman who laughed from the belly and wore sleeves of tattoos on her arms. We bonded over Pokémon and our histories of mental instability. I was writing in close third about the inner workings of characters’ minds, enjoying that intimacy-at-a-distance. It helped my own misfiring brain to occupy extreme emotional states not my own. It helped, too, to see my characters live through their pain, experience happiness after trauma, find love, etc.

Writing more intentionally resulted in me living more intentionally. Defaulting to the white male perspective had been a safe way to express myself, and often resulted in accolades from older writers unaccustomed to other perspectives. But I no longer wanted their accolades. I wanted to write variegated characters who demanded my empathy, whose stories tested the limits of my compassion and patience. I was finally writing as myself instead of some dutiful literary tactician. In order to write my novel, I had to smash the barriers between who I was and who I wanted to be, and I’m glad I made it through to the other side.

Rebekah Frumkin's fiction and essays have appeared in Granta, McSweeney's, and Best American Nonrequired Reading, among other places. She holds an MFA from the Iowa Writers' Workshop and was the 2014 recipient of the Richard E. Guthrie Memorial Fellowship. She is currently getting her MSJ from the Medill School of Journalism at Northwestern University. The Comedown is her first novel.
http://www.rfrumkin.com/

How a Guesthouse in Florida is Creating a Trans Community 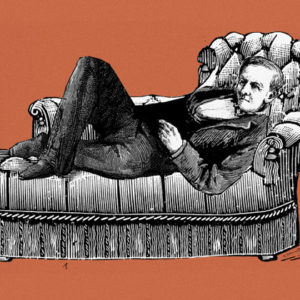 One of the advantages of getting old—and, believe it or not, there are others—is that you get to reread (and sometimes...
© LitHub
Back to top