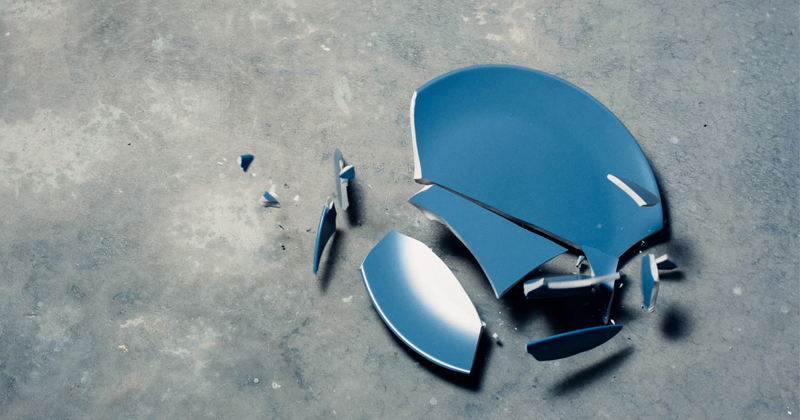 On the Poetics of Fatness

Samantha Zighelboim: "The Language of Self-Denial is the First I Ever Learned"

By the time I turned 30, I’d lived the majority of my life believing that it was my duty to despise my fat body as much as the world did. I’d been abused; I abused myself. My entire existence revolved around my weight, and I didn’t know any other way of existing in the world. Before body positivity was widely discussed, it was inconceivable to me that a fat body could be celebrated rather than reduced and invalidated.

I’ve had a conflicted response to this movement, which encourages people to accept their bodies regardless of shape or size and proposes that one’s self-worth is entirely separate from the state of their physical bodies. My first reaction was fear: I was scared for the brave, beautiful fat people leading the charge, who were making themselves vulnerable to attack by being so visible. I wanted to protect them. I could imagine all too well the cruelties they endured for daring to embrace their bodies. But I wanted to be them too—I was awestruck by activists like Tess Holiday and Virgie Tovar, who wore bright colors and crop tops and posted pictures of themselves eating donuts in bikinis. I envied their freedom. Could the acceptance of fat bodies actually be a reality?

It didn’t occur to me until I was in my mid-twenties that the way I think about myself—and treat my body as a result—is destructive. The language of self-denial is the first I ever learned; I knew what eating disorders were before I even knew the term for them. Dieting and disordered eating are not parts of myself I can easily shed. They are the foundations of my identity. I come from a long line of dieters and disordered eaters, a lineage of people who spent their lives trying to halve their body size. They practiced rituals and followed rules religiously, as if it might lead to the salvation of being thin. They broke their bodies in order to reduce them. They wanted me to live a happy life, and they couldn’t imagine that would be possible in a body like mine. I diligently learned all the tricks.

When fat shaming at school started, I was armed with solutions to fix the problem of my body. When I looked in teen magazines or watched TV and didn’t see a single person that looked like me, I knew just what to do. And I did it. So I have starved; I have binged and purged; I have binged without purging; I have taken dangerous drugs to suppress my chaotic appetites; I have been brutally bullied and shamed and criticized. And I believed that everyone who was fat behaved similarly, that we all spoke this secret language of shame and denial and self-hate. Radical self-love would have felt as unnatural to me as training myself to write with my left hand instead of my right.

“Maybe someday I’ll arrive at a place of peace and acceptance and move past these traumas. But that is the dream—not the reality. Not yet.”

Am I body positive now? In a general sense, absolutely. I love every single body on this planet—except my own. I remember reading this passage in Roxane Gay’s memoir, Hunger, and feeling the most understood I ever have:

To be clear, the fat acceptance movement is important, affirming, and profoundly necessary, but I also believe that part of fat acceptance is accepting that some of us struggle with body image and haven’t reached a place of peace and unconditional self-acceptance.

I don’t feel any less a part of the fat acceptance movement just because I can’t accept myself. I sing, I celebrate the people who can access the privilege of body positivity, who are changing the world with their bravery and their refusal to compromise their happiness for the sake of their thinness. Every single day, they challenge the normative body ideals that have kept me prisoner. They remain visible, vocal and unapologetic about their bodies. I follow them intently, hoping to absorb even a fraction of their strength. Maybe someday I’ll arrive at a place of peace and acceptance and move past these traumas. But that is the dream—not the reality. Not yet.

This conflicted voice seems to be largely missing from the conversation around the politics of fat acceptance, and most especially, the poetics of fatness. So I started writing poems about the uglier realities of living in a fat body, choosing the sonnet form to subvert and reclaim a space traditionally reserved for more palatable themes (like romance). I squeezed into and out of the form, trying to make space for my body and the complexities of my experience in it. Using the sonnet was a radical choice intended to defy (and also adhere to) limitation and constraint. The freedom to push and redefine the parameters of form is one I have never been able to afford my own form—my body.

Through writing, I was able to explore the impossible contradiction that radical self-love creates for me: wanting to accept the fat body—believing that others can (and do), yet being inherently unable to do so myself as a result of a lifetime of cruel societal conditioning and eating disorders. It is a lonely position to be in; particularly because my traumatic relationship to diet culture makes me, ironically, appear to be fatphobic to some in the fat acceptance movement. Writing around this dichotomy made me feel less alone. It helped me make space for my experience in a conversation that didn’t seem to have any room for me.

My poems vacillate between conflicting poles of experience. I emphatically decided not to sugarcoat the less attractive parts of living with an eating disorder and a fat body. I wanted to create an honest portrait of the elusive and nebulous hope of body positivity, as well as the sometimes revolting, painful parts of otherness, of cruelty—to self, and by others. I burrowed into this confusion. I’m not sure I’ve come away from it with any greater understanding.

What has come of it, though, is an unexpected kind of acceptance. Not of my body, but of my voice. By owning it, I make space for it—regardless of its complexities and contradictions—in the conversations around fat positivity and self-love. This is my most authentic and genuine experience, my complicated and incongruous value-system that makes perfect sense to me, despite its imperfections.

Samantha Zighelboim is the author of The Fat Sonnets (Argos Books, 2018). She is a 2017 NYFA/NYSCA Fellow in Poetry, a recipient of a Face Out grant from CLMP, and the co-recipient of the 2016 John Frederick Nims Memorial Prize in Translation from The Poetry Foundation. Her poems and translations have appeared in POETRY, Boston Review, The Guardian (as part of Asymptote’s ‘Translation Tuesday’ series), PEN Poetry Series, Stonecutter, Fanzine, Public Pool, Sixth Finch, Bone Bouquet and Springhouse, among others. She lives in New York City, and teaches creative writing and literature at Rutgers University and The New School. 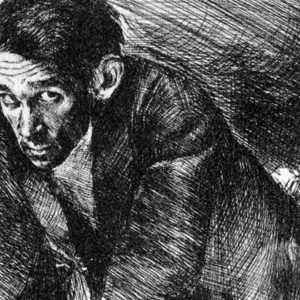 Two slim volumes and some correspondence: that’s all that the secondary-school art teacher from Drohobycz left us as literary...
© LitHub
Back to top
Loading Comments...