When Walt Whitman’s Poems Were Rejected For Being Too Timely

On October 10th, 1861, the editors of The Atlantic Monthly sent an impersonal rejection letter to Walt Whitman. It read:

Dear Sir:—We beg to inclose to your address, in two envelopes, the three poems with which you have favored us, but which we could not possibly use before their interest,—which is of the present,—would have passed. Thanking you for your attention,

We are, Very truly yours,
EDITORS OF ATLANTIC MONTHLY.

Such a response must have been particularly galling for Whitman as his “Bardic Symbols” had been published in the Atlantic only the year before. That is, he was a known entity who at least deserved a personal sign-off. But according to the curators of the Whitman Archive, the formal response was a result of a changing of the guard—James Russell Lowell had been the editor when Whitman was first published in the journal in 1860, but in the intervening year, publisher James T. Fields had taken over “as a cost-saving measure.” Whitman had sent Lowell his poems, and Lowell had forwarded them on to Fields with a message that he was enclosing “three [poems] from Walt Whitman. ‘1861’ he says is $20. the others $8. each.” Fields was not interested in any of them.

In 2018, of course, we’re still talking about the “timeliness” of art, though it’s a qualifier that has become a little uncomfortable lately. After all, there’s something problematic about asking our art to be of the “moment” (or declaring, after the fact, that it is), or demanding that it fit into one of two boxes: being about politics or an escape from it. Art is and should be more complicated than that—but “timely” is still often used as high praise, and some works are still being denigrated for not living up to it. What with magazine lead times, it’s not shocking that Whitman’s poem was pushed aside.

That said, I wonder whether Fields was really brushing Whitman off because his work was too current, or whether he just didn’t like it. Because date title or no date title, I think Whitman’s rejected poem below rather stands the test of time. At least I can relate to having had a recent “hurrying, crashing, sad, distracted year.” I don’t know about you!

ARM’D year! year of the struggle!
No dainty rhymes or sentimental love verses for you,
terrible year!
Not you as some pale poetling, seated at a desk, lisp-
ing cadenzas piano;
But as a strong man, erect, clothed in blue clothes,
advancing, carrying a rifle on your shoulder,
With well-gristled body and sunburnt face and hands—
with a knife in the belt at your side,
As I heard you shouting loud—your sonorous voice
ringing across the continent;
Your masculine voice, O year, as rising amid the great
cities,
Amid the men of Manhattan I saw you, as one of the
workmen, the dwellers in Manhattan;
Or with large steps crossing the prairies out of Illinois
and Indiana,
Rapidly crossing the West with springy gait, and de-
scending the Alleghanies;
Or down from the great lakes, or in Pennsylvania, or on
deck along the Ohio river;
Or southward along the Tennessee or Cumberland rivers,
or at Chattanooga on the mountain top,
Saw I your gait and saw I your sinewy limbs, clothed
in blue, bearing weapons, robust year;
Heard your determin’d voice, launch’d forth again and
again;
Year that suddenly sang by the mouths of the round
lipp’d cannon,
I repeat you, hurrying, crashing, sad, distracted year.

I Never Wanted to Be an Evil Stepmother...

Writing About Mass Incarceration
Across Genres 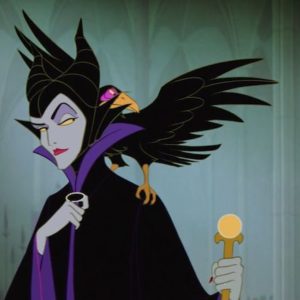 I Never Wanted to Be an Evil Stepmother...

I had not thought of myself as a bad person before I became a stepmother. Quite the opposite, in fact—the adjective most...
© LitHub
Back to top