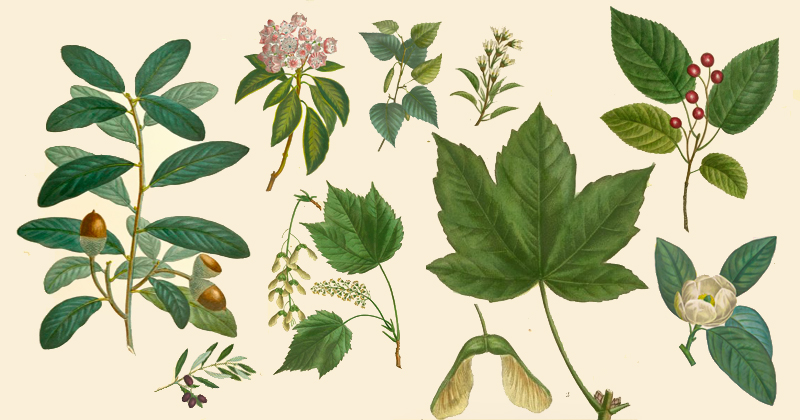 I Don’t Spend Much Time in Nature, But I Love Reading About It

I do not and have never really lived in nature. After growing up in a suburb of Chicago and going to college in Columbia, Missouri (pop. 120,612), I moved to Boston. When I look out my window, I see a small parking lot and a dumpster, flanked on either side by recycling bins. I am not sure whether this makes me the intended audience for the pastoral writings of Wendell Berry and Bernd Heinrich or the opposite of it, but I have a great affection for both in any case. Their new books, The World-Ending Fire and A Naturalist at Large respectively, are both career-spanning compendiums of essays on a wide variety of nature and nature-adjacent subjects. Their serendipitous simultaneous publication offers both an opportunity to consider their approaches together. Perhaps more significantly, they also offer a reprieve from the unending drive to refresh Twitter in search of the latest snippet of political news.

The roots of the two writers’ differences are regional and occupational. Berry is a farmer in Kentucky; Heinrich is a scientist who lives in Maine. Accordingly, the former writes about cultivation and conservation while the latter writes about discovery, the process of going from question to answer. But centered in the work of both men is the value of practice, study, and devotion. Their essays demand that attention be paid to what is around and underfoot, what is all too easily taken for granted. Berry says this explicitly and often. Heinrich implies it. Each of their essays, by virtue of its attention and clarity, says, look at this, how could you not?

Though Berry’s essays are often knotty moral arguments and Heinrich’s educational, reading the collections side-by-side felt like a kind of escapism, if not in the way that word is usually applied. They are not, strictly speaking, relaxing. However, when so much of what I read, think, and talk about on a daily basis is directly wrapped up in whatever fresh crisis our president has precipitated, reading deeply considered work that is focused on the world as it grows from the ground is a genuine respite. Both Heinrich and Berry require my full attention long after I’ve finished reading; like the practices of cultivation and scientific study they write about, reading their essays is a slow process that rewards focus and patience.

“Each of their essays, by virtue of its attention and clarity, says, look at this, how could you not?”

In “When the Bough Bends,” an early piece in A Naturalist at Large, Heinrich recounts how he woke up one January morning in the mid-90s to find that the freezing rain that had passed through the night had left too much weight on his research aviary, leading it to collapse. His disappointment at the damage is tampered by his fascination with the trees around it, almost all of which avoided a similar fate. “As I surveyed the icy trees, I began to see them as examples of superior design shaped by evolution,” Heinrich writes. He sets out to study what exactly that superior design is, and, through testing and observation, he comes to the conclusion that a combination of the trees’ shape (like a cone) and ability to avoid ice accumulation (by having upright twigs or shedding leaves) enabled them to survive where his aviary had not.

His process is rigorous, and his conclusion represents millennia of adaptation, but there is something wonderful about the simplicity of what he arrives at, too. The trees are the way they are because they could not be another way. The essay closes with a quote from “Birches,” the Robert Frost poem: “But swinging doesn’t bend them down to stay / As ice storms do…”

In most of his writing, Heinrich focuses on the primary task of scientific inquiry and description. But his essays often feel as though they’re on the verge of metaphor. When he describes, in “Artic Bumblebees,” the way abnormal types of bees are able to survive frigid climates by shivering with their flying muscles and smartly controlling where they store their heat, it feels like a fact that might be mobilized to demonstrate the virtue of the outlier, or ingenuity under duress.

When he does take the extra step and extrapolate the central question of his piece outward, it sticks. “O Tannenbaum,” an essay on how distributed Christmas trees are groomed, ends with this paragraph:

Should I care if this representation of the natural world that we bring into our living room is altered to suit human expectations? Probably not. But we may come to prefer and even insist on a domesticated tree with the “perfect” shape, a tree would never see in nature. Which leads me to wonder: If our ignorance of how conifers grow can allow us to do this to a Christmas tree, how much more might we alter nature at large without caring, or even knowing?

This question—squarely outside of Heinrich’s usual wheelhouse and left to readers to sort out—is exactly the type of question with which Berry is endlessly occupied.

In “Damage,” a short piece from 1974, Berry details harm he caused to his land by recklessly building a pond that ultimately lead to slumping earthwork and damage to the hill on which it was built. More so than the forceful polemics for which he is known, this quieter essay evokes his great love for the slice of earth that he works on a daily basis.

The pond was a modest piece of work, and so the damage is not extensive. In the course of time and nature it will heal . . . And yet, there is damage—to my place, and to me. I have carried out, before my own eyes and against my intention, a part of a the modern tragedy: I have made a lasting flaw in the face of the earth, for no lasting good.

The conciliatory mode is an infrequent one for Berry, but this piece reminds readers that when he (rightly) criticizes our society for its rejection of the values that he holds dear, his mistakes are wrapped up in it too. Though his efforts at righting the wrongheaded impulses of a destructive society have greatly outpaced most of ours, I know that when he writes, “We have an environmental crisis because we have consented to an economy in which by eating eat, drinking, working, resting, traveling, and enjoying ourselves we are destroying the natural, the God-given, world,” he truly means himself included.

“Reading deeply-considered work that is focused on the world as it grows from the ground is a genuine respite.”

The strength of Berry’s essays often comes from their clarity. He explains his thinking on nature in a similar way to his farming: with deliberate language and purpose, always revealing how unseen mechanisms are connected.

Farming cannot take place except in nature; therefore, if nature does not thrive, farming cannot thrive. But we know too that nature includes is. It is not a place into which we reach from some safe standpoint outside it. We are in it and are a part of it while we use it. If it does not thrive, we cannot thrive. The appropriate measure of farming then is the world’s health and our health, and this is inescapably one metric.

This has the lovely quality of being so understandable that it appears obvious in retrospect. The way Berry builds paragraphs makes it difficult to excerpt any part of this without losing something essential. Like his farm, his thinking and his writing are cultivated.

I can’t say that reading The World-Ending Fire and A Naturalist at Large has made me any likelier than I was before to head out of the city and into the forest or the fields. They did not knock the outdoorsy side of my personality loose. Instead, they refined my perspective on what nature is, how it works, and most importantly, what is so wonderful about it. At the end of Heinrich’s essay on the fascinating adaptations of cold-weather bees, he reflects on how disinterested his students and colleagues had been in the subject. He, thankfully, remained undeterred. “To see how seemingly arcane details have importance is exciting,” he writes, “because it rings of coherence, and that is the closest thing there is to truth and beauty in this world.”

Bradley Babendir is writer living in Boston. His work has appeared in The Washington Post, The Nation, The New Republic, and elsewhere. He's currently working on a novel. You can find him on twitter at @therealbradbabs.

Every Day, Another Language Dies 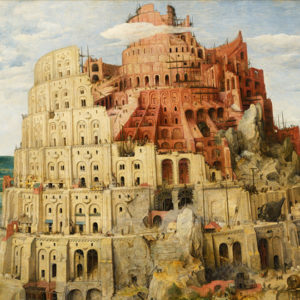 Every Day, Another Language Dies

Pressed with copper, inked on vellum, Ortelius’s 1570 Theatrum orbis terrarum (the Theatre of the World) was an atlas...
© LitHub
Back to top