A brief history of feminist bike-riding • Nina Lakhani on the late Berta Cáceres, Indigenous land activist • Emeka Joseph Nwankwo explores how women are changing the face of African publishing • Marina Endicott on the forced schooling of Indigenous Canadians, and other racist acts of “white benevolence” • Lessons for 2020 from the films of Studio Ghibli • Reverend Dr. William J. Barber II on the Poor People’s Campaign, and the politics of rejecting those living in poverty • The radical afterlives of William Wordsworth • Ten short story collections you may have missed last month • Stan Cox how we can build a more humane way of putting food on the table • Matt Ortile on Calvin Klein, race, and stereotypes of masculinity • In celebration of bookstores reopening, Monika Zgustova reflects on reading and resistance • On Larry Kramer’s anger, activism, and great expectations • Liam Pieper rereads Nevil Shute’s resolutely nihilist On the Beach, a true end-times classic • Sharon Harrigan recommends eight books told from the collective perspective • Stephanie Danler and Francesca Pellas in conversation • Rachel Moss on illustrating the song lyrics of Peter Tosh, and the role of children’s books in helping parents talk about race

Geoff Dyer on the Books He Hasn't Written 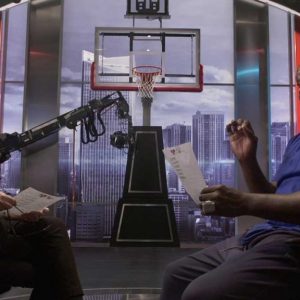 Back in the Spring of 2018, having already conquered the worlds of music, film, TV, video gaming, and professional wrestling,...
© LitHub
Back to top