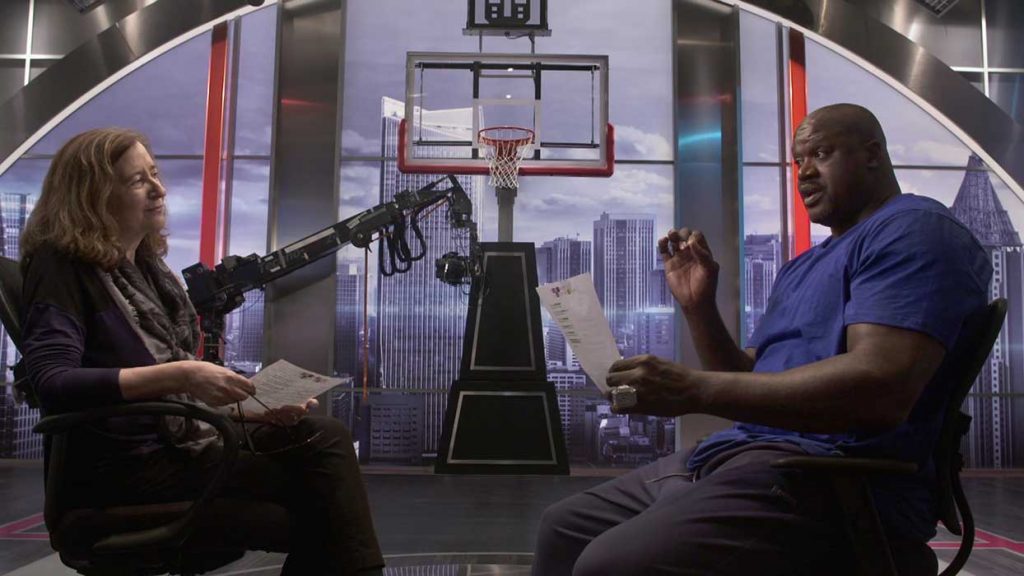 But how to begin? Did Shaq don a pair of Groucho Marx glasses and sneak into a dimly-lit open mic night? Did he submit to a college journal under an atypically conventional pen name? Hell no he didn’t. Shaq did what all the greats do: he went big. PBS big.

Here he is giving a damn good rendition of the Edward Hirsch’s 1986 poem “Fast Break” as part of PBS’s Poetry in America series, in which distinguished interpreters from all walks of life to explore and debate unforgettable American poems.

The episode—which finds Hirsch, series host and Harvard Professor of American Literature Elisa New, Shaq, and fellow pro ballers Pau Gasol and Shane Battier discussing the similarities between poetry and basketball—is really quite wonderful and well worth a watch in its entirety.

If you’re hungry for more basketball-themed poetry, John Freeman’s “The Ex-Basketball Players” was published in the New Yorker just a couple of months ago, and Ross Gay’s book-length tribute to Dr. J, Be Holding, will be released in the fall.