Stan Cox on Building a More Humane, Robust Way of Putting Food on the Table

Covid-19 outbreaks are now reaching far beyond the meatpacking industry. Migrant farmworkers in fruit orchards and vegetable fields, long the targets of intense exploitation, are seeing their health put in even greater jeopardy as they’re pushed to feed an increasingly voracious supply chain in pandemic-time.

The crisis has come to a produce farm in Evensville, Tennessee, where every one of the 200 farmworkers has tested positive for the virus, with harvest season about to get underway. With the pandemic rolling on unchecked, the fragility of the entire US food system and the vulnerability of its workforce is coming into stark relief.

Eliminating that fragility—a result of the industry’s single-minded pursuit of profit—will require shifting the priority to the lives of the people who produce our food, the landscapes where they live and work, and, ultimately, to resolving the global ecological emergency.

Southern New Jersey, for example, is seeing hundreds of migrant farmworkers become infected with the virus. According to WHYY radio in Philadelphia, many of the 20,000 to 25,000 seasonal workers who arrive in South Jersey each year to harvest fruits and vegetables sleep in cramped dormitories and eat in crowded cafeterias. Yet state guidelines allow farm managers, if they find their operations shorthanded, to keep infected workers on the job; they can forget paid sick leave.

As in meatpacking, confined workplaces of all kinds are being hit hard. A complex of hydroponic greenhouses in upstate New York was an early focus of coronavirus spread. A single Southern California city, Vernon, has seen outbreaks in nine food facilities processing coffee, tea, frozen foods, deli meats, seaweed, baked goods, and other products.

A state “pandemic strike team” deployed in mid-May to help long-term care facilities in Washington’s Yakima Valley quickly redeployed when they found even more dire situations on the valley’s farms and in food processing plants. It had gotten bad enough that workers there have been walking out on strike over lack of health safeguards.

The town of Immokalee, which lies at the center of the most intensive winter-vegetable growing area in southwest Florida, now has the densest concentration of Covid-19 cases in the region.

We’ll no longer have access to every type of fresh vegetable and fruit any day of the year. Eating what’s in season will make a comeback.

State officials say that’s largely because of increased testing. But medical researchers beg to differ. They see fertile ground for the coronavirus to flourish in the densely packed buses and vans that take workers to the fields, as well as in worker housing, which consists mostly of mobile homes, each with numerous occupants.

Gerardo Chavez, speaking for the Coalition of Immokalee Workers, which has long pushed for the rights of the area’s migrant labor force, told a local TV station, “This is not something that happened just because. It happened because people there are poor, they live overcrowded. They travel to work under not very safe conditions many times, and that makes them the perfect place for Covid-19 to spread.”

The current public-health crisis in food production and processing has grown directly out of the drive for profit. In recent decades, the overriding goal of the agriculture and food industry—a sector whose pace and production were once strictly dictated by the seasons and the weather—has been to turbocharge profits by maximizing output per hour per worker.

It doesn’t have to be like that. In a system motivated by nutritional goals rather than profit, a much more widely dispersed workforce producing at non-exploitative rates of output could easily produce enough food to meet this country’s needs.

Instead, under the protection awarded to businesses producing essential goods, the industry is loosening the screws of exploitation only slightly, further threatening the health and lives of workers and their families.

This treatment of an essential workforce is in keeping with what the economist Michael Perelman has called the “farm worker paradox” in which he asks, “why those whose work is most necessary typically earn the least” (in pandemic-time, we can add, “…and are most compelled to risk their lives and their families’ lives.”)

The paradox exists, observes Perelman, because of the circular logic of capitalism. Economists argue that farmworkers earn low wages because they are not highly “productive”; that is, collectively, they generate low profit per worker. But that’s because everyday food sells cheap, and it’s cheap largely because many of those who produce it earn near-starvation wages.

Now workers are forced to risk infection by a debilitating, often deadly, virus in order to keep production costs down and profits up.

In contrast, coronavirus infection rates have been low so far among the older, largely white independent farmers who produce staple foods like wheat, oats, rice, and dry beans. But their protective isolation in sparsely populated areas of the country has come at a terrible price: the decline of small family farms and the consolidation of land into fewer and fewer hands over the past four decades.

Such rural areas—where depopulation of the countryside and small towns has meant a withering of local economies, culture, and health care—are now highly vulnerable to the pandemic when, inevitably, it reaches them.

The changes needed to reduce the vulnerability of the food system and its workers to infectious disease have already been needed for decades on humanitarian and environmental grounds. Addressing the climate emergency in particular requires such deep changes. The imperatives are clear:

Abolish feedlots and other confined animal feeding operations (CAFOs). Convert the tens of millions of acres now being used to grow dent corn and soybeans (for feeding confined cattle) to pasture and hay production, and eventually, perennial food-grain/pasture crops. Then cattle can eat what they were born to eat: grasses and forage legumes.

Break up the meat-industry behemoths and ban foreign ownership. Decentralize meat production and processing and regulate much more strictly for health and safety.

Such measures would result in better but smaller national supplies of meat and poultry. No problem. Deep reductions in consumption of animal products—especially feedlot- and CAFO-raised meats—have long been needed for nutritional and ecological concerns, most prominently their heavy climatic impact.

For fruits and vegetables, reduce the velocity of production in fields and factories to a humane, ecologically supportable pace that can meet the highest standards for workers’ rights, safety, and economic security. Grow those crops close to the populations who will be eating them—as much as possible in backyard or community gardens and greenhouses.

Done right, localizing vegetable production would not reduce the total output. Vegetables currently occupy only three percent of national cropland, so they could easily be dispersed among myriad small plots of land in every state, every community.

What we’ll no longer have, however, is access to every type of fresh vegetable and fruit any day of the year. Eating what’s in season will make a comeback.

Adaptation will be necessary. In northerly regions, vegetables can be grown in simple, inexpensive, unheated greenhouses almost year-round (a practical alternative to the fanciful idea of urban “vertical farming,” which envisions raising crop plants indoors without soil, under artificial light—that is, in botanical intensive care units).

In summer and fall, home and community canning operations could make locally grown produce available all year, as they did in the war years of the 1940s. That would diversify the northerly vegetable diet in winter and spring.

Supplies of staple grain and bean crops, in contrast, come to us from hundreds of millions of acres across vast swaths of rural America. Only a tiny fraction of that production could be localized, but that’s not a problem. Those crops (and products like flour that are made from them) are dry, have long shelf lives, and can be efficiently shipped to every part of the country by rail.

More near-term policies could come through federal legislation. It has been proposed that farm workers’ right to organize should be guaranteed, and a path to citizenship should be available for all essential workers who need one; there should be opportunities for farm workers to becomes independent farmers; and rural transportation and communication systems need improvement.

Now is the time to build a new, more humane, more robust food system on the ruins of the one that has failed us. This nation can have an ample, nutritious food supply without exploiting and endangering the people who produce and process it. 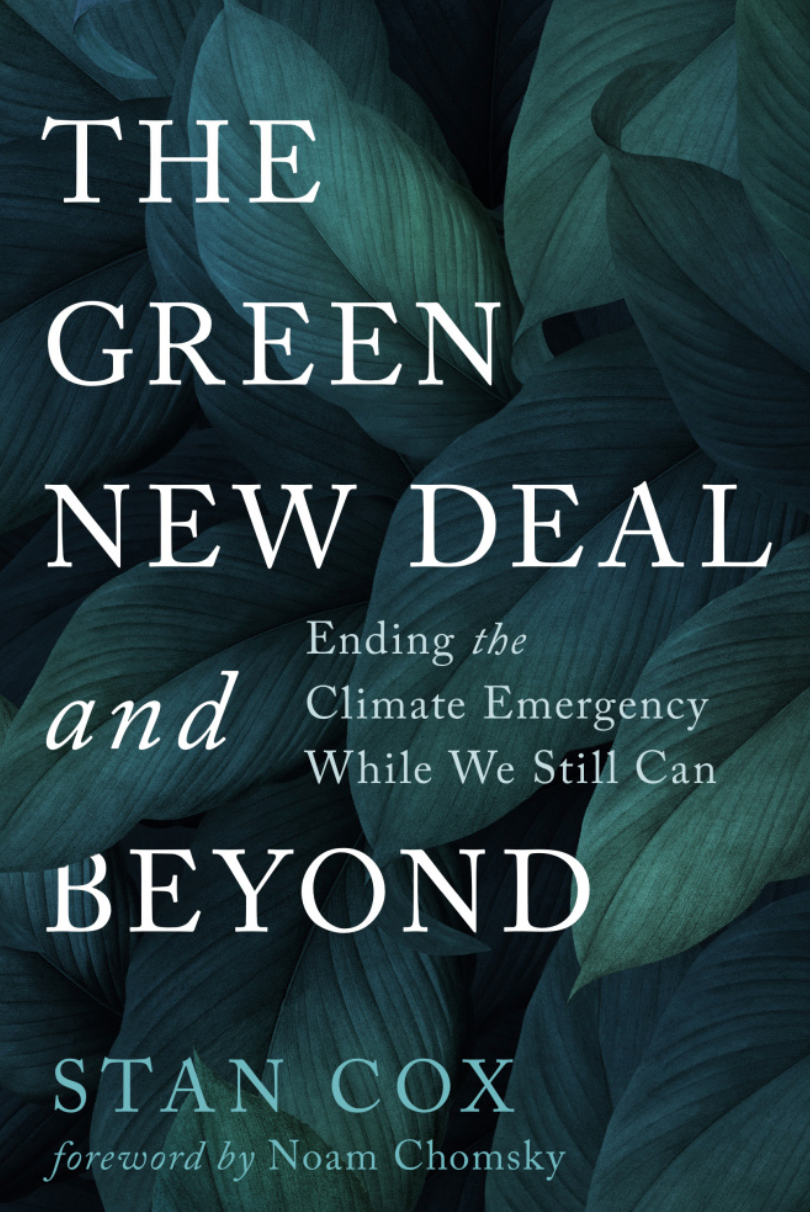 Stan Cox is a research fellow at The Land Institute and the author of The Green New Deal and Beyond: Ending the Climate Emergency While We Still Can (City Lights, 2020).

On the Radical Afterlives of William Wordsworth 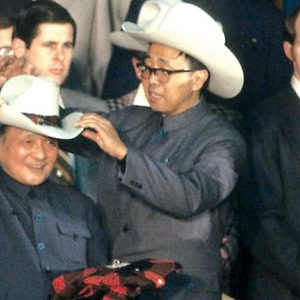 China has stood up. It will never again tolerate being bullied by any nation. –Xi Jinping, president of China *  In...
© LitHub
Back to top
Loading Comments...