TODAY: In 1850, Nathaniel Hawthorne and Herman Melville meet for the first time, together with Oliver Wendell Holmes and publisher James Thomas Fields, on a picnic expedition to Monument Mountain.

Becoming lost in a disorienting story: six reality-distorting books · The most-anthologized essays of the past 25 years · We got too big for the world: Paul Kingsnorth on life in the end times · Jenny Zhang, N.K. Jemison, and more: 14 books to read this August · Finding solace in the words of furious women · How Hunter S. Thompson would cover Donald Trump · The weird stenographer: Sam Shepard on his long writing life · I used to be a writer—then I got sick: On losing control of one’s body and identity · Rereading Mrs. Dalloway at the same age as Mrs. Dalloway · I can’t teach while wondering who has a gun: On the chilling effect of campus concealed carry laws
The Best of Book Marks:
A children’s fable for adults: Antoine de Saint-Exupéry’s The Little Prince · The Boston Globe calls Samantha Hunt’s darkly fantastical short story collection “at once annihilating and sublime” · Jonathan Lethem’s Motherless Brooklyn and the detective novel as medical condition · A 1953 review of James Baldwin’s “beautiful, furious” first novel, Go Tell It on the Mountain · The tender and the grotesque in Jenny Zhang’s Sour Heart · Watership Frown: a less-than-glowing 1974 New York Times review of Richard Adams’ beloved rabbit adventure story · “There is a time for reciting poems and a time for fists”: James Wood on Roberto Bolaño’s The Savage Detectives · Porn addiction, Lizzie Borden, alt-right trolls, and more: the best-reviewed books of the week
Lit Hub Daily
Share: 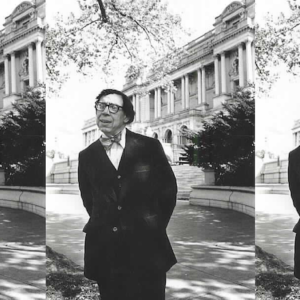 Haunted by the ghost of Lizzie Borden, Sarah Schmidt decided to write her story. | Literary Hub Wallace Shawn...
© LitHub
Back to top