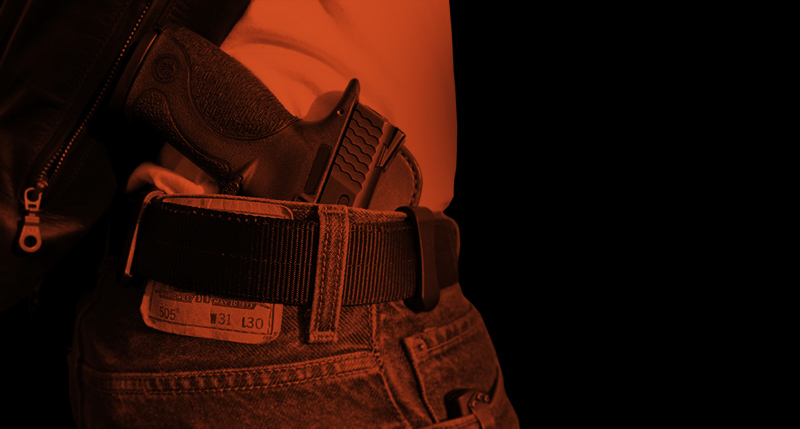 I Can’t Teach While Wondering Who Has a Gun

It was raining the day of Megan’s funeral. I stood under my umbrella, looking at the tombstone with her name on it. Megan Stielstra in big letters. It was very sad that I was the only person who showed up. She didn’t have any family or friends that cared about her.

One day I walked into the main office and found him trying to talk a work aide into giving him my home address.

This happened 15 years ago, and this student is an anomaly among the brilliant, thoughtful writers I’ve been privileged to work with but man, I can’t cut him out of my head, especially as colleges across the country debate the issue of Campus Carry. As of this writing, nine states enforce laws allowing license holders to carry concealed weapons into college classrooms, and it looks like more are on the way; a January 2016 report from the Education Commission of the States in partnership with NASPA concludes that while “numerous states prohibit guns on campus, the architecture and momentum of new policy represents a shift in the opposite direction.”

Fact: 9 out of 10 campus police oppose concealed weapons on campus.

Fact: 80 percent of college students say they would not feel safe if guns were in their classrooms.

I did a little digging.

But unregulated firearms? Hey, have at it!

Over 10,000 people signed up via Facebook for the first University of Texas strap-in held at the same time that Campus Carry went into effect on August 1, 2016, which, in a stunningly offensive fuck you to basic human decency, is 50 years to the day that engineering student Charles Whitman climbed a 300-foot tower in the center of the UT campus and opened fire from above, killing 14 and injuring countless others. He used a .30 caliber carbine, a 6mm bolt-action Remington, a .35 caliber pump rifle, a 9mm Luger, a Smith & Wesson M19, a sawed-off semiautomatic shotgun, and seven hundred rounds of ammunition—all of which were purchased legally.*

On and on and on.

Whatever you believe about the Second Amendment, it contains the words “well” and “regulated,” and in the last thirty years of mass shootings, licensed, legal, supposedly regulated guns are the norm, including the one used in 1993 by Stephen Leith in my hometown.

Remember: My father is an Alaskan, and a gun owner. He’s also a Vietnam vet. He and my uncles and my cousins are life-long hunters. I grew up in this life. Spare me the NRA horseshit that an AR-15 is used to hunt.

Recently, an emeritus professor at the University of Texas withdrew from his position teaching economics to classes of nearly 500. “The risk that a disgruntled student might bring a gun into the classroom and start shooting at me has been substantially enhanced,” he wrote in his resignation letter. “I cannot believe I’m the only faculty member who is disturbed by this.”

If Campus Carry becomes law in Illinois, I’m out, too. I can’t teach wondering who has a gun.

Question: Could you learn?

They’re trying. I want this essay to try.

This essay is done feeling helpless.

The guns used to kill 49 queer people of color in Orlando.

The gun used to kill 12 people at the Washington Navy Yard.

Even the guns being used in record violence in my beautiful, complicated city of Chicago were purchased legally in states with less regulation: Indiana, mostly, but also Mississippi, Wisconsin, Missouri, Kentucky, Tennessee, Georgia, Ohio, Texas, Florida, Michigan, Iowa, Alabama, and others. 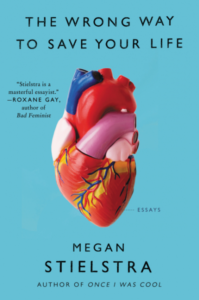 Megan Stielstra is the author of The Wrong Way to Save Your Life, Once I Was Cool, and Everyone Remain Calm. Her work has appeared in The Best American Essays, the New York Times, Chicago Tribune, Guernica, BuzzFeed, The Rumpus, and elsewhere. She teaches creative nonfiction at Northwestern University.
https://www.meganstielstra.com/ 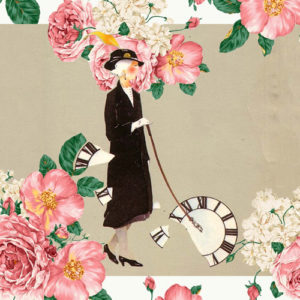 Laying her brooch on the table, she had a sudden spasm, as if, while she mused, the icy claws had had the chance to fix in her....
© LitHub
Back to top
Loading Comments...