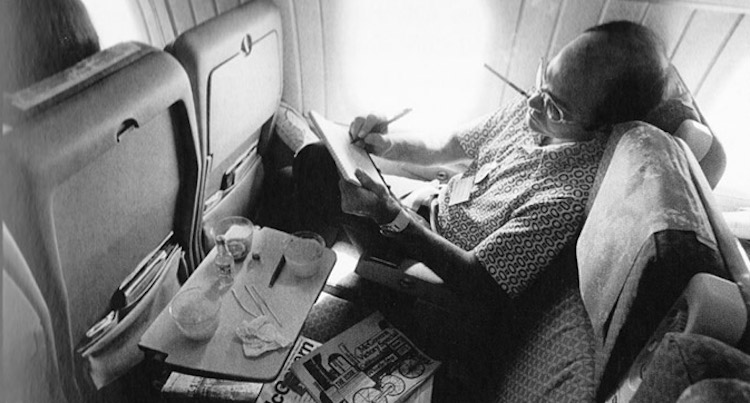 Swap the Name "Trump" for "Nixon" and Let It Rip…

At the stroke of midnight in Washington, a drooling red-eyed beast with the legs of a man and a head of a giant hyena crawls out of its bedroom window in the South Wing of the White House and leaps fifty feet down to the lawn… pauses briefly to strangle the Chow watchdog, then races off into the darkness… towards the Watergate, snarling with lust, loping through the alleys behind Pennsylvania Avenue.

Hunter Thompson thought a lot about money, especially when he was writing about politics. He would say politics was always about the money and he was too. He turned getting paid into theater, stopping just short of sending his editors dead cats in the mail. But at the other end, when he was negotiating assignments, he was a charmer, pulling you into his jokes.

That’s when he winked at you. Maybe he’d even write for a little less cash (if it really was cash!) if he thought the assignment was worthy. He had a kind of code about that; the more fear, the more loathing the better. Richard Nixon was especially worthy. And that’s where he found the voice that armed his pieces with such high humor and twisted images—like suggesting that “if the right people had been in charge of Nixon’s funeral, his casket would have been launched into one of those open-sewage canals that empty into the ocean just south of Los Angeles.”

Hunter feasted on Nixon. And it is in his early political writing for Jann Wenner at Rolling Stone, his best work really, that you see an eerie significance reflecting what he might write today if he were covering the White House. You can grab random passages from those pieces and just switch out the name Nixon for Trump.

“It is Nixon/Trump himself who represents that dark, venal and incurably violent side of the American character,” Hunter wrote in Rolling Stone in 1973. And in the wake of the James Comey firings, as the word “Nixonian” became ubiquitous, Hunter’s instinct to make political journalism part performance art underlined how interesting he would be covering Trump. Plus Hunter was taller than Donald.

Hunter followed Nixon from the late 1960s when he wrote in Pageant Magazine that Nixon/Trump was “…a foul caricature of himself, a man with no soul, no inner convictions, with the integrity of a hyena and the style of a poison toad… absolutely humorless; I couldn’t imagine him laughing at anything except maybe a paraplegic who wanted to vote Democratic but couldn’t quite reach the lever on the voting machine.” Ring any bells?

Or try this from The New York Times, no less, on January 1, 1974: Nixon/Trump was a… “mixture of arrogance and stupidity that caused him to blow the boilers almost immediately after taking command. By bringing in hundreds of thugs, fixers and fascists to run the Government, he was able to crank almost every problem he touched into a mind-bending crisis. About the only disaster he hasn’t brought down on us yet is a nuclear war with either Russia or China or both but he still has time, and the odds on his actually doing it are not all that long… Even Senators and Congressmen have been shaken out of their slothful ruts, and the possibility of impeachment is beginning to look real…” Ding, ding, ding!

Also relevant are these excellent recent pieces in The Nation and The Washington Post that point to Hunter’s identification of the Hell’s Angels as having an “ethic of total retaliation” which, flashed forward, is at the heart of Trump’s power base—counted out economically and left behind in their own country. As Donald himself said during the campaign, “Motorcycle guys like Trump.”

Hunter knew those guys too, and he would have understood Trump—and rollicked with the rise and fall of Anthony Scaramucci before he got the chance to push leakers out of Marine One at two thousand feet. “The Mooch” served up such clueless vulgarity as to be even more worthy than Nixon’s two-faced press secretary, Ron Zeigler, who Hunter said was a “bilious pleasure” to deal with.

Hunter’s strongest political coverage began in December 1971, when he moved to a rented house on Juniper Street in quiet, Northwest DC to work on his campaign book. Nixon was in office and Hunter said it was like “living in an armed camp, a condition of constant fear.” He sensed “the slow-rising central horror of ‘Watergate,’” and wrote in Rolling Stone that it was “not that it might grind down to the reluctant impeachment of a vengeful thug of a president whose entire political career has been a monument to the same kind of cheap shots and treachery he finally got nailed for, but that we might somehow fail to learn something from it.”

Now, with Trump in the White House degrading the Presidency and enriching his family at the same time, how far are we really from Jared Kushner getting caught red-handed taking cash bribes across his desk in the West Wing. Hunter would be all over that. And he’d want to get paid for sure, but maybe he’d work for a little less because the assignment was so worthy.

The Accidental Life: An Editor’s Notes on Writing and Writers, by Terry McDonell (who is a cofounder of this website), is available now from Vintage. TerryMcDonell.com. 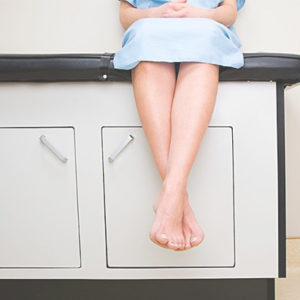 The creature within can only gaze through the pane—smudged or rosy; it cannot separate off from the body like the sheath...
© LitHub
Back to top
Loading Comments...