We Got Too Big For the World

Living through a collapse is a curious experience. Perhaps the most curious part is that nobody wants to admit it’s a collapse. The results of half a century of debt-fueled “growth” are becoming impossible to deny convincingly, but even as economies and certainties crumble, our appointed leaders bravely hold the line. No one wants to be the first to say the dam is cracked beyond repair.

To listen to a political leader at this moment in history is like sitting through a sermon by a priest who has lost his faith but is desperately trying not to admit it, even to himself. Watch your chosen president or prime minister mouthing tough-guy platitudes to the party faithful. Listen to them insisting in studied prose that all will be well. Study the expressions on their faces as they talk about “growth” as if it were a heathen god to be appeased by tipping another cauldron’s worth of fictional money into the mouth of a volcano.

In times like these, people look elsewhere for answers. A time of crisis is also a time of opening up, when thinking that was consigned to the fringes moves to center stage. When things fall apart, the appetite for new ways of seeing is palpable, and there are always plenty of people willing to feed it by coming forward with their pet big ideas.

But here’s a thought: what if big ideas are part of the problem? What if, in fact, the problem is bigness itself?

The crisis currently playing out on the world stage is a crisis of growth. Not, as we are regularly told, a crisis caused by too little growth, but by too much of it. Banks grew so big that their collapse would have brought down the entire global economy. To prevent this, they were bailed out with huge tranches of public money, which in turn is precipitating social crises on the streets of Western nations. The European Union has grown so big, and so unaccountable, that it threatens to collapse in on itself. Corporations have grown so big that they are overwhelming democracies and building a global plutocracy to serve their own interests. The human economy as a whole has grown so big that it has been able to change the atmospheric composition of the planet and precipitate a mass-extinction event.

One man who would not have been surprised by this crisis of bigness, had he lived to see it, was Leopold Kohr. Kohr has a good claim to be the most interesting political thinker that you have never heard of. Unlike Karl Marx, he did not found a global movement or inspire revolutions. Unlike Friedrich Hayek, he did not rewrite the economic rules of the modern world. Kohr was a modest, self-deprecating man, but this was not the reason his ideas have been ignored by movers and shakers in the half-century since they were produced. They have been ignored because they do not flatter the egos of the power-hungry, be they revolutionaries or plutocrats. In fact, Kohr’s message is a direct challenge to them. “Wherever something is wrong,” he insisted, “something is too big.”

Kohr was born in 1909 in the small Austrian town of Oberndorf. This small-town childhood, together with his critical study of economics and political theory at the London School of Economics, his experience of anarchist city states during the Spanish Civil War, which he covered as a war reporter, and the fact that he fled Austria after the Nazi invasion contributed to his growing suspicion of power and its abuses.

Settling in the United States, Kohr began to write the book that would de ne his thinking. Published in 1957, The Breakdown of Nations laid out what at the time was a radical case: that small states, small nations and small economies are more peaceful, more prosperous and more creative than great powers or superstates. It was a claim that was as unfashionable as it was possible to make. This was the dawn of the space age—a time of high confidence in the progressive, gigantist, technology-fueled destiny of humankind. Feted political thinkers were talking in all seriousness of creating a world government as the next step towards uniting humanity. Kohr was seriously at odds with the prevailing mood. He later commented, drily, that his critics “dismissed my ideas by referring to me as a poet.”

Kohr’s claim was that society’s problems were not caused by particular forms of social or economic organization, but by their size. Socialism, capitalism, democracy, monarchy—all could work well on what he called “the human scale”: a scale at which people could play a part in the systems that governed their lives. But once scaled up to the level of modern states, all systems became oppressors. Changing the system, or the ideology that it claimed inspiration from, would not prevent that oppression—as any number of revolutions have shown—because “the problem is not the thing that is big, but bigness itself.”

Drawing from history, Kohr demonstrated that when people have too much power, under any system or none, they abuse it. The task, therefore, was to limit the amount of power that any individual, organization or government could get its hands on. The solution to the world’s problems was not more unity but more division. The world should be broken up into small states, roughly equivalent in size and power, which would be able to limit the growth and thus domination of any one unit. Small states and small economies were more flexible, more able to weather economic storms, less capable of waging serious wars, and more accountable to their people. Not only that, but they were more creative. On a whistle-stop tour of medieval and early modern Europe, The Breakdown of Nations does an entertaining job of persuading the reader that many of the glories of Western culture, from cathedrals to great art to scientific innovations, were the product of small states.

To understand the sparky, prophetic power of Kohr’s vision, you need to read The Breakdown of Nations. Some of it will create shivers of recognition. Bigness, predicted Kohr, could lead only to more bigness, for “whatever outgrows certain limits begins to suffer from the irrepressible problem of unmanageable proportions.” Beyond those limits it was forced to accumulate more power in order to manage the power it already had. Growth would become cancerous and unstoppable, until there was only one possible endpoint: collapse.

We have now reached the point that Kohr warned about over half a century ago: the point where “instead of growth serving life, life must now serve growth, perverting the very purpose of existence.” Kohr’s “crisis of bigness” is upon us and, true to form, we are scrabbling to tackle it with more of the same: closer fiscal unions, tighter global governance, geoengineering schemes, more economic growth. Big, it seems, is as beautiful as ever to those who have the unenviable task of keeping the growth machine going.

This shouldn’t surprise us. It didn’t surprise Kohr, who, unlike some of his utopian critics, never confused a desire for radical change with the likelihood of it actually happening. Instead, his downbeat but refreshingly honest conclusion was that, like a dying star, the gigantist global system would in the end fall in on itself, and the whole cycle of growth would begin all over again. But before it did so, “between the intellectual ice ages of great-power domination,” the world would become “little and free once more.” 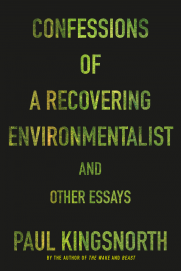 Paul Kingsnorth is a former journalist and deputy editor of the Ecologist magazine and has won several awards for his poetry and essays. He is also the author of two works of nonfiction. In 2009, he cofounded the Dark Mountain Project, an international network of writers, artists, and thinkers in search of new stories for troubled times. 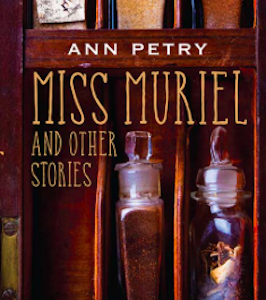 Old Peabody and Young Whiffle, partners in the firm of Whiffle and Peabody, Incorporated, read with mild interest the first...
© LitHub
Back to top
Loading Comments...