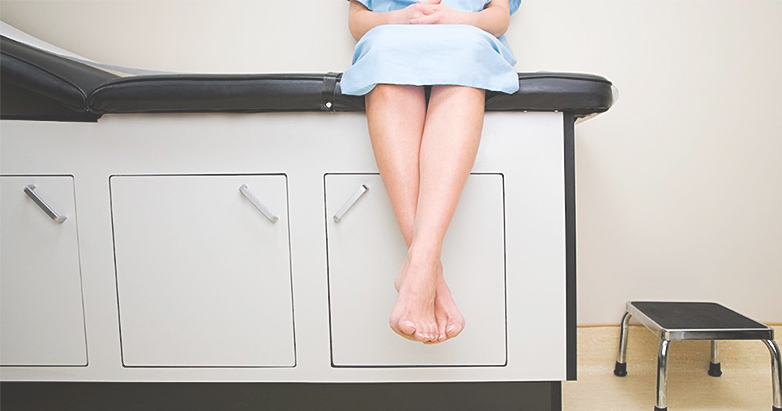 The creature within can only gaze through the pane—smudged or rosy; it cannot separate off from the body like the sheath of a knife or the pod of a pea for a single instant; it must go through the whole unending procession of changes, heat and cold, comfort and discomfort, hunger and satisfaction, health and illness, until there comes the inevitable catastrophe; the body smashes itself to smithereens, and the soul (it is said) escapes.

-Virginia Woolf, On Being Ill

I was a writer because I made art from my imaginings and from my past. I sought through language to understand circumstances and lives and bodies that seemed remote and fascinating and necessary to me. Through writing I left myself, immersing instead in characters or memories. When I wrote, I was never aware that I had a body. As a writer, your body is something that you can forget.

Now, though, I am ill. I’m not at the beginning of illness, rallied up for the fight, but not knowing yet what the fight entails. I’m not at the very end: death. Nor am I in a maintenance phase, in which life outside of one’s bedroom, one’s apartment or house, has reentered the picture, because one has learned to live this way, under these conditions, whatever they may be.

I have not yet learned anything except that I don’t want this, but also that I am this—I am illness just as much as woman, wife, friend, daughter, guardian of two mutts. And because, right now, I am illness—because I have not, as other people promise I will, learned to have a malady rather than be one—it is all I can manage to write about. I am a body in every moment, and my body is all I can think about.

What I’m saying is that I am no longer, by my own definition, a writer.

Before all this, I was sailing as though from a sling-shot through a memoir about my life from age 12 into my mid-twenties, during which time I was severely ill with bipolar disorder: suicidal depressions, frantic and exuberant manias, and psychoses in which, as an ex-boyfriend once said, my eyes were alien. I whipped myself with an extension cord because I believed that the pain of those metal prongs jutting from hard plastic, the welts that split open as I whipped and whipped, would shock me back to sanity. I was writing the memoir each day, and I was being gut-sick honest about my bipolar disorder, and about everything, which I could do because I was well.

And then, one morning, I was no longer well.

I woke with aching joints, flames of pain flaring down my limbs and spine, a headache that thumped like a diabolical metronome. These symptoms persisted for nine days. On a weekend, I realized that I was not getting better, that this was not the worst flu of my life. Suddenly my body was no longer a creature I knew, but a monster and a cage and a supersonic train taking me to a destination over which I had no control. My husband drove me past our local hospital, which I’d never visited, to one further north, because I’d heard it was better. There, the doctor assumed I’d exhausted my own town’s ER with complaints of pain in search of narcotics. “My feet feel like they’re on fire,” I told her. She pulled back the stiff white sheet to reveal my feet, swollen, veins bulging, skin bright red. “I’ve had a headache for nine days, unlike any I’ve ever had,” I said. “All my joints hurt. Please—something is seriously wrong.” She did a quick neurological evaluation: “Follow my finger with your eyes,” “Stare into the pen-light,” and so on. My diagnosis was “tension headache” and I was shoved, protesting, out the door.

I sought help from an infectious disease specialist and was diagnosed with Lyme disease and Babesiosis, a malaria-like red blood cell parasite. Symptoms including pain that migrated from one joint to another, massive headaches, sensations ranging from pins-and-needles to bee sting-like pain in my extremities, and others dated back to a tick bite eight years prior. “But I never had a bull’s eye,” I told my doctor. “A minority of people get that,” he said. “It’s like winning the lottery.”

So I began taking antibiotics and anti-malarial drugs. My divorced parents united to purchase me an infrared sauna, an experimental treatment for Lyme. Four times a day, I ingested a stomach-churning combination of herbs, toxic medications, probiotics, and vitamins. I slept 16 hours a day.

For a month I felt much better, but then I began to slip. Though I grew weaker and weaker, I rallied my hopes, kept on with treatment, and applied for my dream job.

I landed it, and it took everything from me—that one fiction workshop that I led every week. The commute was an hour and a half each way. Twice, while driving to or from work, I blinked and fell asleep. One of those times I had just glided into a parking lot. The other, I was breaking for a red light and ended up rear-ending a van in slow motion. When the collision occurred, I snapped to. A middle-aged man with a prickly-looking white beard exited the van. “What the fuck is wrong with you?” he yelled in my face. Gin blossoms flowered across his nose and cheeks.

The workshop was wonderful, and my evaluation by a senior faculty member was excellent. It was one of the greatest experiences of my life.

I haven’t worked since.

Just after the conclusion of the semester, I contracted C. difficile, a potentially life-threatening infection of the colon that can result from prolonged antibiotic use. The infection causes excruciating cramping, crushing exhaustion, profuse diarrhea, and malnourishment. It took three months for medications to fight it off.

Since then, there have been more doctors, new doctors, waiting lists. I’ve spent a total of seven hours inside banging, blaring MRI machines. One phlebotomist said to me, “I worked on an oncology unit for thirteen years, and I’ve never taken this much blood from one person.” I had a painful biopsy done that showed my immune system is ravaging my nerves, which suggests that I have an autoimmune disease. Next week, I’ll see a rheumatologist, who specializes in those conditions, and he’ll undoubtedly send me off for a whole new battery of tests.

In order to halt and hopefully heal the damages to my nervous system, I’m soon beginning intravenous immunoglobulin therapy (IVIg) at my local hospital’s Infusion Center, alongside chemo patients. I’ve thought a lot about what it will be like there—how, over my year or two or three of infusions, I will sit beside people who will eventually no longer come to sit beside me.

Last December, in a tiny nook in the back of a bookstore in Woodstock, NY, I met with a psychic. “Will I get better?” She closed her eyes. “I see you experiencing tremendous improvement in the spring,” she said, opening her eyes and smiling. I smiled too. I wanted to cry. I felt disbelief and yearning to believe as I realized it had been over a year since I’d written a new chapter of the memoir that I had once written with such urgency. A thought came hard and clear: it was impossible for me to access the place from which I’d always written. That ability may never come back. I was—I thought—no longer a writer.

Did the psychic prophecy come true? I don’t remember the spring, and now it’s summer, and I am writing this in bed, pumped full of painkillers and steroids and bipolar disorder medications, unable to return to that memoir still. How can I write about being sick as a kid when—again, now—I am so very sick?

I have given myself permission to return to fiction, perhaps as a reprieve from pain—and wouldn’t that be amazing, to escape into writing the way I escape into reading—to ride upon the backs of characters who have children and drink fancy cocktails and finally go on their honeymoons, as my husband and I still plan to do because I fell ill so soon after our wedding?

But I can’t write of such things. My body won’t allow it. My joints throb constantly. The air from a fan feels like glass shards against my skin. I am always in the present moment, but not in the sense of mindfulness or meditation. It is the kind of present that happens only a handful of times in one’s life, when something extraordinary happens. Becoming a parent. Losing a loved one. Falling in love. Experiencing a natural disaster. A trauma. A life-changing gift.

Pain makes us absolutely self-centered, not in the malignant way of a narcissist, but in the inevitable way of an infant. Pain refuses to allow us to forget our bodies or to amputate them from our selves. Pain’s shrill cry will rise up, louder and louder, if we try to shut it out. Now, I often marvel that anyone is alive at all. There are so many things that can go wrong.

I’ve long known that it is incorrect and even cruel to refer to another person with their illness before their personhood—that, instead of saying “a schizophrenic” or “a diabetic” we ought to say “a woman with schizophrenia” or “a man with diabetes.” I comprehend and embrace that this is a sensitive and often true way of using language. But for myself, at this phase of things, I am illness. Malady is not a garment I wear, a foreign object, or even a known entity. I am illness because illness is the only language my body now speaks—or at least the only one I can hear.

I am illness more than writer because despite my daily efforts, I can write of nothing else.

Emma Smith-Stevens is the author of a novel, The Australian (Dzanc Books), and a short story collection, Greyhounds (Dzanc Books), forthcoming in early 2018. Smith-Stevens' writing has appeared in BOMB Magazine, Subtropics, Conjunctions, Joyland, Day One, Lucky Peach, The Hairpin, and elsewhere. Her short story "An August in the Early 2000's," published in Wigleaf, received a Special Mention in The Pushcart Prize XL: Best of the Small Presses (2016). Her essay, "The Sun," will be published in the anthology Not That Bad: Dispatches From Rape Culture (Eds. Roxane Gay and Ashley C. Ford), forthcoming from Harper Perennial. 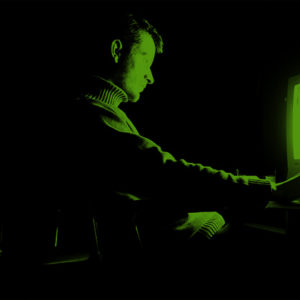