TODAY: In 1865, first issue of The Nation is published.

“To Mary Frances, food was a metaphor for living.” Ruth Reichl on M.F.K. Fisher’s lifetime of joyous eating • On Peter Matthiessen’s lifelong fascination with Bigfoot • Gabriel Urza on what fiction writers can learn from magicians • On what you can find mushroom hunting in Central Park • Peter Hessler: In Cairo, the garbage collector knows everything • Barbara Bourland on value and excess in the art market • Janet Messineo on the obsession that follows losing a big fish • Mamta Chaudhry on five novels narrated by ghosts • We may not know if Mercury is in Retrograde (no—but maybe?), but we do know what you should read this month, based on your Zodiac sign, plus Lit Hub contributors recommend ten books you should

Here are your essential crime and mystery reads for July • David Gordon recommends 12 films that depict the gritty realities of life in New York City • Araminta Hall looks at 7 crime novels about destructive, obsessive love • Celebrate the life of James M. Cain with 25 of the greatest lines ever written by the crime fiction giant • Crime and the City visits Dubai, port city and playground for the rich, in possession of a wealth of quality crime fiction (get it? wealth?) • Nina Laurin speaks up in defense of the “girl” in the title • Emily Liebert takes a look at 7 thrillers about women in conflict, because hey, friendship is complicated •  A brief history of the Ned Kelly Awards, from Aoife Clifford • Maureen Callahan gives us a master class in interrogation • Riley Sager tours crime fiction’s creepiest apartments and hotels

Dani Shapiro's bestselling memoir Inheritance to be adapted into a film 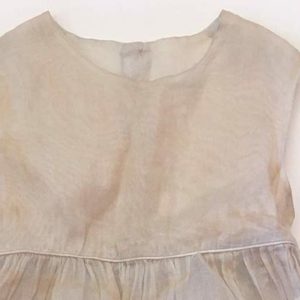 Dani Shapiro's bestselling memoir Inheritance to be adapted into a film