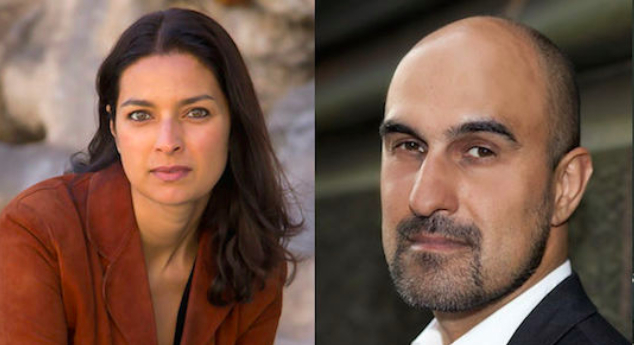 On the Eve of the 4th of July, PEN America Looks to the Immigration Crisis

As America marks this July 4th holiday, an outcry on immigration is leading to national headlines, including from a congressional delegation that visited an immigration detention center in El Paso, Texas, this week. PEN America has gathered a series of statements from a number of writers and activists in the literary community on America’s immigration crisis, human rights abuses, and what freedom means to us. You can read thoughts from Jhumpa Lahiri and Hari Kunzru below, with more on PEN America’s website.

JHUMPA LAHIRI
The arrest on June 29th of Carola Rackete, captain of the NGO rescue vessel Sea Watch 3, is now front-page news in Italy. Her crime was to bring migrants in imminent danger into the port of Lampedusa against the specific orders of the Italian government. She will likely be charged with the crime of saving lives. This case caps a year I have spent living in Italy and watching, with increasing outrage, the abhorrent treatment of desperate individuals fleeing war and desolation and arriving, if so fortunate, in a country now dense with hatred and hostility toward migrants. As I write this, I am packing my bags to return to America, where humanitarian volunteer Scott Warren was tried, also in June, for providing water and food to migrants crossing the desert in Southern Arizona. As I write this, I am watching my husband and daughter swim together in the same Mediterranean in which, this year alone, over three hundred people have drowned off the shores of Italy and Malta.

I can’t help but think of another father and daughter, Salvadoran Óscar Alberto Martínez Ramírez and Valeria—she was one month short of her second birthday—photographed face down in the mud. They died in late June attempting to swim across the Rio Grande into Texas. As every school child in America knows, the United States is a country in large part founded by immigrants and refugees, with the labor of slaves, on land taken from Native Americans. There is a beautiful statue in New York Harbor that celebrates the brave journey immigrants made. Italy, too, seems to have repressed its own migrant history. Like America, it currently aims to barricade its borders and perceives those crossing them as a threat. I will observe this July Fourth in celebration of figures like Rackete and Warren, who put themselves at risk in order to help the most vulnerable among us, who insist upon the human rights of those yearning to breathe free.

HARI KUNZRU
America finds itself at a crossroads. How we respond to the manufactured migration “crisis” on the southern border will determine the future course of domestic politics, and will have global repercussions. At stake is a core principle which has defined the post Second World War international order. Do we accept, as the preamble to the Universal Declaration of Human Rights puts it, that “recognition of the inherent dignity and of the equal and inalienable rights of all members of the human family is the foundation of freedom, justice and peace in the world”? If so, then the treatment of migrants on the southern border is not only despicable, but a crime that strikes at our authority to fight human rights abuses, up to and including genocide, around the world.

The explicit political aim of many who support the Trumpist border regime is to destroy the belief that humanity has a shared dignity and a common destiny. They wish to restrict rights to citizens, and open the way for non-citizens to be treated as non-persons, “illegals” who are less than fully human, and to whom nothing is owed. “We,” the fully human, would experience terrible pain if our children were taken from us and put in camps, to be abused and neglected by their captors. They, the lesser ones, have only themselves to blame.

If we are honest, we will look at the causes of the flow of migrants toward the southern border, which include political unrest, endemic social violence and climate change, and see that no wall can solve them. No border regime, however harsh or spectacular in its violence, will alter the terrible calculation that migrants are making. If the US does not close down its archipelago of camps, and institute a policy that respects human dignity and takes account of the actual conditions in the world, future historians will wonder how so many stood by and did nothing while the most powerful nation on earth slid into barbarism. 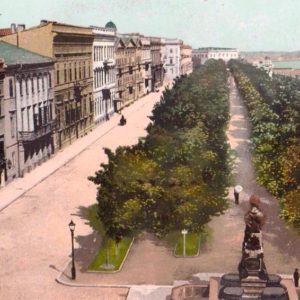 Odessa is a young city by European standards, but what it lacks in historical gravitas it makes up for with its splendid...
© LitHub
Back to top