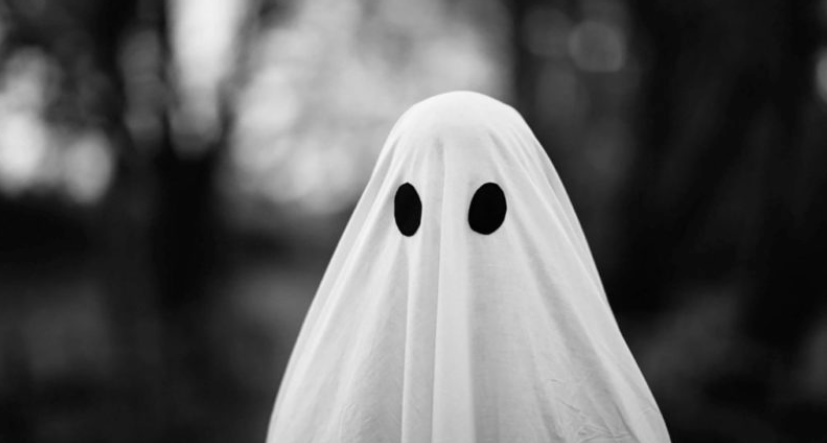 via Nan A. Talese

On the Power of Ghostly Narrators

No matter how long ago you saw the film Rashomon, there are two things you never forget:

The first, of course, is the ghost. Even those who haven’t seen Kurosawa’s film know that the story of a rape and murder is told from multiple and contradictory points-of-view—unreliable witnesses now a staple of crime shows—and that one of the narrators is the dead man’s ghost.

The second indelible impression is of the great Rashomon gate, crumbling into ruins where the poor inter their dead and abandon their infants. This stunning, symbolic setting perfectly captures the liminal terrain between wilderness and civilization; between the justice of swords and trial by courts; most of all, between the living and the dead.

In five recent novels, the ghost narrators occupy a no-man’s land between the quick and the dead, and their voices contribute to each book’s distinct tone so successfully that it becomes impossible to imagine a different narrator without changing something essential, the very keystone of the narrative arc.

If, for the living, missing the dead is “to want and want and not to have,” as Virginia Woolf writes in To the Lighthouse, the dead are not exempt from yearning. Their eyes seek those who will never bend their gaze upon them again, their ears strain to hear the words, Here you are, as you once were, whole and loved.

Death’s portal opens in only one direction, but they are compelled to return, these revenants, some to watch, some to wait, some to want and want and not to have. 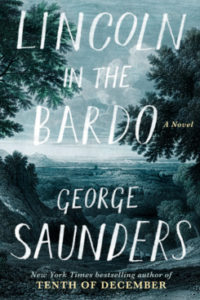 George Saunders’s bravura first novel uses not one ghost narrator, but a chorus as impressive as the Metropolitan Opera’s. It is the genius of opera, writes Peter Shaffer in Amadeus, that thoughts other writers must convey sequentially, a composer can write “all at once—and still make us hear each one of them.”

Obviously, novels are inseparable from linearity, one reads them line by line, but Saunders manages to make us hear, like Shaffer’s Mozart, “all sounds multiplying and rising together—and then together making a sound entirely new . . .” simultaneous, yet perfectly intelligible.

The novel centers around the death of Lincoln’s beloved young son, Willie, during the Civil War—a personal loss that reverberates through a landscape of historic losses.  Surrounded by garrulous spirits lingering on for their own reasons, Willie waits in his crypt for his father to come and take him home. 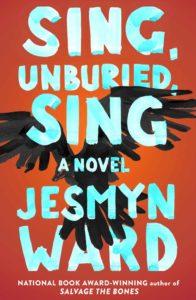 In a novel rich as the soil of Mississippi, a family whose ability to see the dead “runs in the blood” is haunted by two ghosts, both boys when they died, one a senior in high school killed in a hunting accident, the other a twelve-year-old whose end is unspeakable to the only person who witnessed it.

Ghosts are spirits who wander the earth “when the dying’s bad,” says the matriarch of the family, “wanting peace the way a thirsty man seeks water.” And Richie, the youngest prisoner ever at Parchman Farm in Mississippi, seeks out River, the only person who showed him kindness at the state penitentiary and the only one who knows what happened. All Richie had wanted was to go home, and after his death, Richie tries to remember how he got to “this quiet haunt.”

River recounts the boy’s story only in shreds and patches to his grandson, who is the same age now as Richie was then. But memory brings its own torments, and he stops before the end.  Until the wandering ghost of Richie arrives at his doorstep, seeking the only person who can tell him the end of the story, thirsting for songs to sing him home. 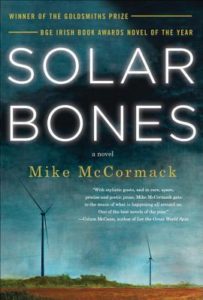 The ringing of the Angelus bell on All Souls Day summons Marcus Conway back to this world, “a revenant who has returned to his house at some grey hour to find the place boarded up and abandoned.” Overcome by longing for his family—his wife Mairead, his children Agnes and Darragh—he reflects on his own place in the world from which he is now displaced.

As he reconstructs “that memorial arc which curves from childhood to the present moment,” he luxuriates in the overlooked delights of an ordinary day in an ordinary life, on the quotidian moments unremarkable in themselves, moments touched with “intimate grace.” Such clarity comes only with hindsight, just as when toppled buildings create “both the light and lens through which the disaster can properly be seen.”  Death has provided the vacant space from which Marcus Conway can take the full measure of his life, a life that unspools in a single, fluid sentence, blurring the edges between past and present, as well as “the mearing between this world and the next,” the rhythms of the prose echoing the triple chimes of the Angelus bell, and it is fitting that there are no stops, because death has already provided the period so

deliberately omitted from the narrative. 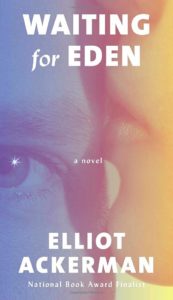 This taut, spare novel is told by a man who is in a “between space,” after he died on a second deployment to the Middle East, where their Humvee hit a pressure plate. The explosion that killed him left his friend alive but in ruined fragments of his former self.

The ghost considers himself “luckier,” and indeed it seems he might have been the more fortunate one when we learn the extent of Eden’s mutilation as he lies in a burn center, with his wife Mary by his bedside

But the ghost is with them too, “just on that other side, seeing all there is, and waiting.” In this novel, waiting—inherently passive—constitutes the central action, around which everything else revolves.  Eden and Mary, no less than the ghost, are in limbo, suspended between neither living fully, nor letting go.  In the scalene triangle of friendship, love, and betrayals both big and small that connects Eden to his friend and to his wife, we learn from the ghost the events in the past that have brought them to this point.

There is only one possible ending to the story, and Mary sometimes thinks: “Her husband dying would be a good thing.”  But she is the only one who can make the decision to let him go. In a dream, Eden asks his friend if he is indeed going to die, and we learn the limits of the ghost’s omniscience. “I don’t know,” he says. 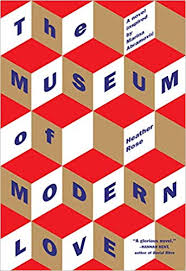 Creating a work of art about an artist creating a work of art is a feat all the more impressive when the artist central to the story is the real-life Marina Abramović, whose performance art in this instance consists of stillness, staring, silence. In “The Artist is Present” at the Museum of Modern Art in 2010, neither the artist, nor the streams of visitors who take turns sitting across from her, utter a word, yet how speaking is the exchange between them, how filled with imaginative activity.

The most obvious ghost in the novel is the artist’s mother, Danica, watching over her daughter and telling her things she wishes she had said when she was still alive. “But death was impotence,” Danica realizes, as her daughter does not see her, cannot hear her.

Yet there is a very potent spirit in the novel as well, the all-seeing I. This disembodied voice, unlike most spectral narrators who are doomed only to wait and watch, plays an active role: inspiring the artist to create. And in the culminating convergence of two artists in the novel, the narrator says: “I am assigned to stand beside them—memoirist, intuit, animus, good spirit, genius, whim that I am.”

Intrigued by this I, who is “one of many,” I asked Heather Rose how she conceived of this luminous muse, and she replied, “The disembodied narrator came very early into the novel . . . In many ways I think she was inspired by the angels in the film City of Angels who inhabit the library and can hear the music of dawn.” 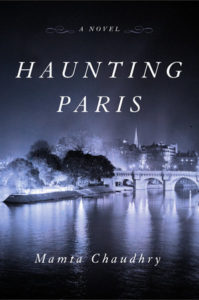 Haunting Paris by Mamta Chaudhry is out now via Nan A. Talese.

Mamta Chaudhry's fiction, poetry, and feature articles have been published in the Miami Review, The Illustrated Weekly of India, The Telegraph, The Statesman, Writer’s Digest, and The Rotarian, among others. She lives with her husband in Coral Gables, Florida, and they spend part of each year in India and France. Haunting Paris is her first novel. 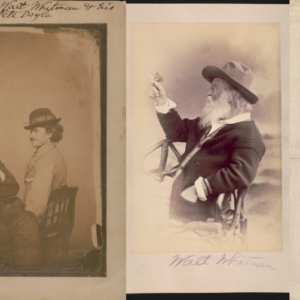 In celebration of the 200th anniversary of Walt Whitman’s birth, the Morgan Library & Museum exhibits the work of the beloved...
© LitHub
Back to top
Loading Comments...