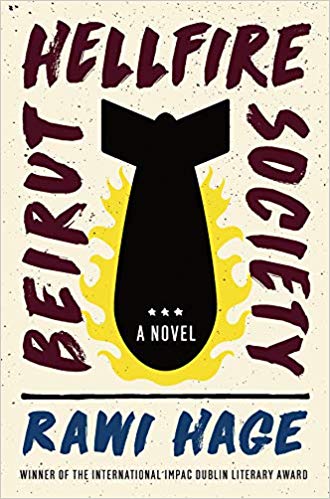 The following is from Rawi Hage's novel Beirut Hellfire Society. When his father dies, Pavlov takes over his job as an undertaker, and is recruited to the mysterious Hellfire Society, an organization that gives secret burials to those who are denied traditional funerals because of their religion or sexuality. Rawi Hage's novels, De Niro’s Game, Cockroach, and Carnival have won and been nominated for numerous awards, including the IMPAC Dublin Literary Award and the Hugh MacLennan Prize for Fiction.

One sunny day at the start of a ceasefire, a father drove with his son down towards where the fighting had been. A cadaver had been lying on the ground for days, mutilated. The son, who was named Pavlov, and his father, an undertaker, loaded the remains into plastic bags and carried them to the hearse. The cadaver’s belly had been opened by a bullet wound and vermin had claimed it and multiplied inside the soft organs, gorging on the entrails. Father and son gathered the scattered items that belonged to the dead: a loose shoe, a bag filled with mouldy food, broken glasses.

Now, the man told his son, you’re sixteen—old enough to become a member of the Society. The Hellfire Society, the father added. He switched on the car radio, and drove towards the coast and then up into the mountains of Lebanon.

They arrived at a secluded area in the high summit, and finally at a small stone house that looked to be abandoned. But the father picked up a key from under a potted plant, opened the door, and together he and his son entered. The house was simple and humble, cold and damp. Neglect and dust could be seen everywhere. The floor was bare, and through the soles of their shoes father and son felt the touch of leather against grains of dirt and sand. Walking across the room was slippery but manageable—two pairs of feet grinding little particles into the floor. The walls of the house were peeling, exposing straw mixed with clay, an ancient technique for efficient insulation that the villagers had used for centuries. There was a bed in the corner of the main room and, in the middle, a stove with a chimney that extended its charcoal tube towards the ceiling before the cylinder shifted at the end, a perfect ninety degrees, to reach the top of the adjacent wall and cough out its smoke.

Welcome to the Society’s mansion, the father said.

Pavlov followed his father into the second room. This was a later addition to the house, separate from the main area. Its cement floor was bare and unpolished and the room’s main feature was a large metal door in the centre of the back wall, with a smaller door beneath the large one. Beside the doors, two large gas tanks were linked by tubes. To Pavlov’s eye, they resembled the garden hoses often seen trailing like serpents around villagers’ houses.

Eventually we may have to change the pipes, his father said. It’s a simple procedure. You make sure to cut o the gas from its source there—he pointed at a handle embedded in the wall—and before you proceed, lock it firm. Look here, son. You twist this knob on the top in a counter-clockwise motion. Are you cold, son?

In no time this house will burn like hell, his father replied, and smiled. But let’s eat first, and then we’ll bring our unknown soul into the abode of fire, light and eternal warmth.

They washed their hands with cracked bars of soap under cold water, then roasted chestnuts, heated bread, set out thyme and olive oil and cheese that the father removed from a jar, and drank alcohol. When they were done, they brought the body inside, laid it on a wooden stretcher that the father had made himself and carried the cadaver to the second room. The father opened the metal door and Pavlov saw what looked like a deep, long oven.

The father turned to the cadaver, and with a singing, wailing voice he uttered these words: They say ashes to ashes, but we say fire begets fire. May your re join the grand luminosity of the ultimate re, may your anonymity add to the greatness of the hidden, the truthful and the unknown. You, the father continued, were trapped, lost, ignored, dejected, but now you are found, and we release you back into your original abode. Happy are those rejected by the burial lots of the ignorant. The earth is winter and summer, spring and fall . . . We heard your call and we came.

Father and son lifted the bed o the stretcher and slid the cadaver into the stove. The father twisted the knobs of the gas tanks—bonbons he called them—struck a match and lit a fire inside. Then he asked his son to close the furnace door.

In time, the house became warm. It stood alone in its surroundings, a ball of heat against the chill of the mountains. Pavlov, bewildered by the rituals, sat in silence and listened as his father talked and drank and sang incomprehensible songs that had the rhythms of hymns. Then his father, drunk and tired, stumbled into bed and fell asleep.

Pavlov stayed awake and gazed at the wooden stove, watching the glow of a few persistent coals coating themselves in grey dust on the outside, burning red and orange at the core. Heat percolated from the second room, so strong it made Pavlov loosen his wool coat and remove his socks and extend his toes. He studied the downcast moustache drawing a line around his father’s open mouth below a triangular Byzantine nose, long and curved, and thin at its tip.

Pavlov wondered about the singing, and about the burning of stray corpses, unclaimed and bloated, about orphaned cadavers and their capacity for music and dance long lost. My father has done this before, alone. What strength, Pavlov thought, what willpower must have been required to lift the heavy bodies and load them into the car.

Pavlov examined his father’s shoulders, strong from digging the earth and carrying hardened, blue bodies; and his father’s fingers, infiltrated by dust beneath the nails. From the balcony at home, Pavlov had often seen his father digging, and waving to him when he straightened to stretch his back, and drinking water from the bottle at his side. Tonight’s long, esoteric monologue and affectionate words made Pavlov wonder if his father was addressing him or some other distant son, or if he was simply filled with life and liquor. The incoherent speeches about death, ephemerality, the Iliad’s fallen heroes, and quotes from various saints and philosophers from Heraclitus to Ephrem the Syrian; the disquisitions on ancient burials, re, and epics from antiquity; and the disdain for the earth, the body . . . it all made Pavlov wonder if his father might be a madman, a deranged heathen.

All these years, he had thought his father’s criticism of the clergy was because the priests meddled in matters of burial grounds and money. Now he realized that his father disliked earthly burials on principle. He preferred fire.

And then his father woke, and liberating the words inside him, told his son that he dearly wished he could have burned his wife, Pavlov’s mother, when she had died a few months past—but she had insisted on being buried in the ground, and he had respected her wish. As for myself, the father said, you, my son, will bring me fire.

Pavlov looked at his father again and saw a gentle, eccentric man, and he pitied him and loved him all the more.

At dawn, the father woke the son, gathered ashes from the furnace, mixed them with water, and pasted them all over his face and hands.

Pavlov brushed his teeth and washed his face, and went to stand outside beside his father. He was both embarrassed and filled with wonder. It was cold that morning—the cold of soldiers marching towards battle, stomping across farmers’ fields, cold in the way vengeful villagers steal dead soldiers’ shoes after defeat in battle, cold like that rosy dawn in which the wounded trip over vegetables, roots and dead branches, bruised, shot, stabbed and hallucinating of a wedding with a farmer’s girl who will lead them towards their warrior heaven. Pavlov looked at the vast empty mountains while his father chanted. Then his father kissed Pavlov on the forehead, took his hand and led him in another dance, singing in a foreign language. Pavlov danced and smiled, bewildered but surrendering to his father’s wishes and following his steps.

Afterwards, he helped gather the ashes from the crematorium and fold them in a cloth. The two of them walked along a narrow path, through bushes and between tall, prehistoric rocks until they reached a cliff that looked out onto a steep valley. The view was sublime and the wind passed over them, just as it had passed over the succession of round green hills and into the valley. Pavlov’s father flipped the cloth open, and the ashes were taken by the wind and the dust scattered in one direction. The northern wind, his father said, leads south, and the easterly wind leads west and carries with it the scent of time.
Inside the house, his father washed his hands and face, dried them with a cloth, fed the cloth into the stove in the middle of the room and let it burn.

Then father and son drove back to the city of Beirut, once more they drove, in silence under the falling bombs. The war had resumed.

Adrienne Celt on Nabokov and the Inspiration for Her Novel 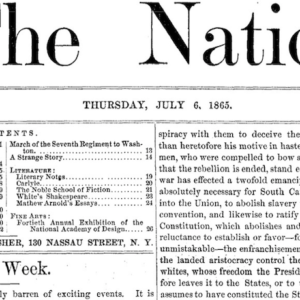