TODAY: In 1890, Boris Pasternak, author of the novel Doctor Zhivago and winner of the 1958 Nobel Prize for Literature, is born.

Confessions of a typewriter addict: one person’s junk, is another’s treasure • The world on a bookshelf: in praise of the rural, small-town library • Rebecca Solnit: As Trump tweets, America burns • Nine women editors on sexual discrimination in the literary world, parts one and two • Will Self in praise of the difficult novel, and the uses of modernism • Should you write what you know, or not? From Toni Morrison to William T. Vollman, 31 writers weigh in • In praise of seabirds: wonder at the edge of the world • Appalachia isn’t the reason we’re living in Trump Country: Elizabeth Catte on the myths shaping the region, and who profits from them • Find your gateway book: the shortest novels written by 20 very famous authors you should’ve read by now • Dystopia for sale: how a commercialized genre lost its teeth • Classic essay: Martin Amis on the genius of Jane Austen, and what the endless adaptations never get right • 5 Irish tales of straying wives • A visual tour through 35 legendary literary bars

Modern Classic or Self-Indulgent Slog?: A look back at 5 of the earliest reviews of Donna Tartt’s The Secret History • This week in Secrets of the Book Critics: Ellen Akins on the self-indulgence of Walden and the wonder of Wuthering Heights • 5 Books Making News This Week: Memoirs, Marriage, and History • Stephanie Powell Watts on Tayari Jones, Zadie Smith as a classic English essayist, and more reviews you need to read this week • Beloved Dogs, brushes with death, Olympian towns, and more all feature among our Best Reviewed Books of the Week 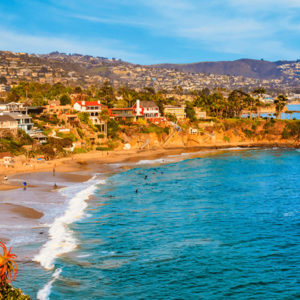 I. We're Not Your Alabaster Cliché Located south of Los Angeles County is the huge suburban sprawl of Orange County where,...
© LitHub
Back to top