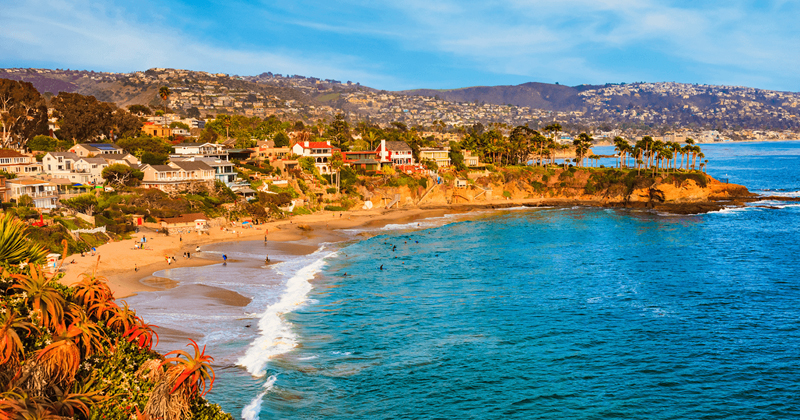 I.
We’re Not Your Alabaster Cliché

Located south of Los Angeles County is the huge suburban sprawl of Orange County where, as Ronald Reagan famously declared, “all the good Republicans are known to go to die.” You can imagine what OC’s uber-white, politically conservative reputation did to my naïve immigrant heart when I decided to migrate south from LA to Huntington Beach in OC a few years back. Thankfully, the real OC looks nothing like the monochromatic world imagined by the Real Housewives producers. In a recent study by UCLA on racial segregation (which certainly exists in California—take, for example, Belair and Brentwood), OC’s demographic makeup is rapidly changing; Latinos comprise 34 percent and Asians 18 percent of our total population of three million.

Moreover, as a cluster of 34 cities, OC includes Santa Ana, the largest American city with an all-Latino city council; Little Saigon in Westminster, home to the largest community of Vietnamese diaspora outside of Vietnam; Little Arabia in Anaheim; Little Seoul in Garden Grove; and many non-coastal cities—like Buena Park, Fullerton or Irvine—that are home to ethno-racially mixed communities. I see this changing demographic even in the residential corner of my own beach city, whose legendary figures include Duke Kahanamoku, Hawaiian father of modern surfing, and the Japanese-American Furuta family.

One of our biggest selling points is the weather. Our annual temperature is about 68°F. Compared to our neighboring urban counterpoints, however, we offer an easy local commute and cheap, amply available parking. This allows easier access to local natural beauty, including mountains, hills, valleys, canyons, creeks, coves, rivers, lakes, wetlands, and a breathtaking coastline. Whether you’re a hardcore outdoorsman (consider

Holy Jim Trail—a 16-mile round trip through Saddleback mountains to Santiago Peak, OC’s tallest at 5,689 feet) or a laidback hydrophile (consider Crystal Cove State Park, Heisler Park, or the Bolsa Chica Ecological Reserve Trail, one of the nation’s best hub to spot migratory birds), chances are we have the right local hike to indulge your muse or help you get past that stubborn writer’s block.

Now that you’ve decided to move here, lured by our weather and cosmopolitan potential, you’ll need educational resources to support your art and craft, right? Here again, we have much to offer.

OC hosts one of the most prestigious MFA programs in the country at UC Irvine and another at the smaller, private Chapman University. If enrolling full-time isn’t an option, we also have reputed low-res MFA options at a driving distance (Antioch University and UC Riverside—Palm Desert).

If committing to grad school isn’t compatible with your day job, family life, or wallet, we still have a plethora of affordable resources put together by local institutions and authors to help you hone your craft and network with a like-minded community of peers. For instance: In addition to hosting author events and book signings, the

So, you’ve equipped yourself with a toolbox of writerly craft and are now looking for a day job that will pay the bills and sustain your journey as a writer. Fortunately, OC has over two dozen colleges and universities—not to mention the various educational institutions in LA, Long Beach, San Diego and the Inland Empire and the UCs—all within a driving distance of two hours. This means possibilities for adjunct positions, lectureships, or even that holy grail of a tenure track position in a creative writing or literature department. There also, of course, are plenty of para-academic or university staff positions with nine-to-five schedules, leaving an hour or two of daily writing in the morning or at night. I recently made the transition from the academic world of literary criticism to creative writing, and teaching part-time at UCLA helped facilitate that. A part-time gig meant more time freed up from administrative responsibilities in addition to health insurance for my family, a small budget for professional travel, and free access to myriad online resources for research.

OC offers a range of choices for smaller, wallet-friendly, and under-the-radar cultural productions (my kind of thing, for sure) as opposed to the more canonical ones offered by global megacities. Segerstrom Center for the Arts, South Coast Repertory, and Irvine Barclay Theater are perhaps the best known for locally hosting a variety of

contemporary dance, music, and theater arts. However, I’ve loved watching plays in smaller local theaters too, including Stages and Maverick Theater in Fullerton, Newport Theater Arts Center, Lyceum Theater in Costa Mesa, and The Laguna Playhouse—the latter of which is known as the oldest continuously-running theatre on the West Coast. Not only are these spaces more intimate, but they’re also a great way to support local artists.

Several of our cities regularly host art, film, and culture festivals, including the annual Newport Beach Film Festival or Laguna Beach’s Pageant of the Masters and Sawdust Art Festival. If you’re into museums, OCMA in Newport Beach is a fun way to experience contemporary and modern art with a focus on California, while the Bowers Museum in Santa Ana, which has been voted as the best museum in OC for 16 years in a row, offers a larger diversity in exhibits. My personal favorite is International Surfing Museum in my current hometown of Huntington Beach. The museum presents a history of Southern California’s increasingly popular surf culture and its debt to the ancient Polynesian art of seafaring and Hawaiian surfers, thus deconstructing a clichéd all-white image of OC beach towns by highlighting their interracial, cross-cultural dynamism.

Namrata Poddar writes fiction, nonfiction, and serves as Interviews Editor for Kweli where she curates a series on Race, Power and Storytelling. Her work has appeared in The Margins, Transition, Literary Hub, Electric Literature, LARB Quarterly, Literary Orphans, The Feminist Wire, The Caravan, Necessary Fiction, and elsewhere. She holds a Ph.D. in French Studies from the University of Pennsylvania, an MFA in Fiction from Bennington Writing Seminars, and Andrew W. Mellon Postdoctoral Fellowship in Transnational Cultures from UCLA. More at www.namratapoddar.com.
http://www.namratapoddar.com/ 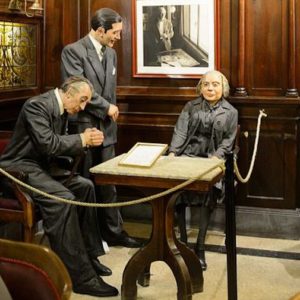 In our habitual fantasies, writers do nothing but sit at small café tables, sometimes meeting with their friends, other...
© LitHub
Back to top