The (Second) Easiest Way to Stop Lying About Having Read Pynchon

So you want to get into Pynchon (or Bolaño, or Morrison, or Woolf) but you’re short on time—and perhaps on attention span? Click no further, reader. There are plenty of famous authors whose work, while appealing in theory, may seem impenetrable—whether because the books themselves are notoriously difficult or because they’ve written so many books that you don’t know where to start. Sure, you could start with their most famous book, but if your real, secret goal is to only say you’ve read so-and-so at your next party (and not be lying), why not start with their shortest? To aid you in your worthwhile endeavor, I’ve sought out the shortest novels written by a selection of difficult writers. I’ve excluded nonfiction and short stories in my estimation, but allowed novellas, since the definition of the novella is hazy at best. Also note that the exact page count of most of these texts varies by edition, so my number may not exactly match the one you have on your shelf at home. Beyond that, feel free to add on to this list in the comments section. 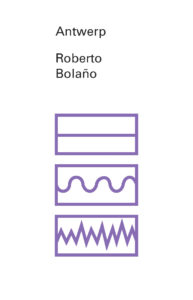 “The only novel that doesn’t embarrass me is Antwerp,” Bolaño once said, if the back cover of the book in question is to believed. It is barely a novel, if it is one—more like a pattern, arresting and strange. Bolaño’s literary executor Ignacio Echevarría called it “the Big Bang of Bolaño’s fictional universe.” It is much, much shorter than 2666. 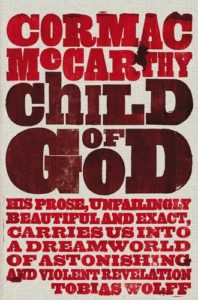 It’s less the length and more the crushing pessimism and ubiquitous violence that makes McCarthy’s work difficult for many to get into, but still—fewer pages, fewer opportunities for bloodshed. Not that Child of God isn’t horribly violent and upsetting, mind you. (It’s about a necrophiliac.) 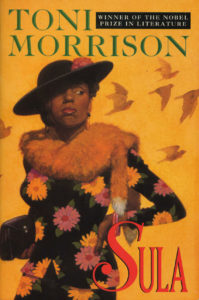 I actually find most of Morrison’s novels pretty inviting, if often difficult in terms of subject matter, but she’s another canonical, prolific writer who is still continuing to produce, so there’s a lot to get through. Beloved is her masterpiece, but Sula is incendiary too, and contains much more power than its length would seem to allow. 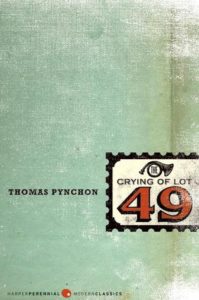 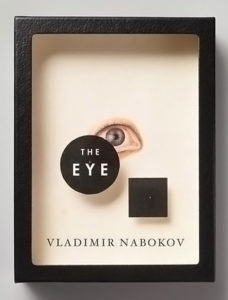 Nabokov is famous for his eloquence, wordplay, and literary trickery, which may either sound enticing or unbearable to you. Either way, you may consider starting with his short and farcical fourth novel, which more or less begins with the narrator killing himself, and goes on from there. 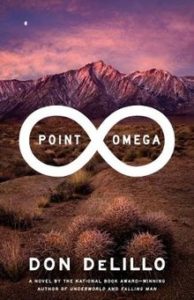 DeLillo’s shortest novel—though barely shorter than The Body Artist—is also among his most introspective. According to DeLillo, the title refers to “the possible idea that human consciousness is reaching a point of exhaustion and that what comes next may be either a paroxysm or something enormously sublime and unenvisionable.” So, no need to go on about that for hundreds of pages. 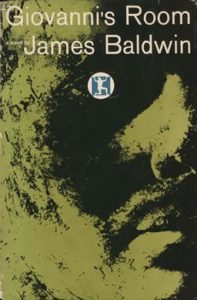 Baldwin’s shortest novel is also (arguably) his most famous—though to be fair, I’d argue his nonfiction eclipses all of his fiction, both in terms of importance and its place in the public imagination. 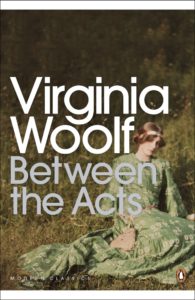 Virginia Woolf: Between the Acts (176 pages)

Woolf’s final novel, her shortest, is not widely read. It concerns a play given at an English country house just before WWII. On March 27th, 1941, she sent a letter to her publisher John Lehmann, in reply to a note praising the draft. “I’d decided, before your letter came,” she wrote, “that I can’t publish that novel as it stands—it’s too silly and trivial. What I will do is to revise it, and see if I can pull it together and so publish it in the autumn. . . I didn’t realise how bad it was till I read it over. Please forgive me, and believe I’m only doing what is best.” The next day, Woolf drowned herself; the novel was published posthumously only months later. 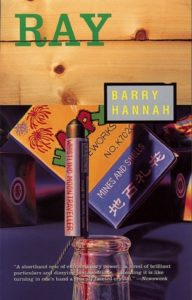 Hannah’s shortest novel is also one of his best. A reviewer for the New York Times called it “the funniest, weirdest, soul-happiest work of fiction by a genuinely young American author that I’ve read in a long while. . . You need a fresh lingo to do justice to this much magic, mystery and hilarity. You need new strategies, new arguments, new adjectives, new everything.” 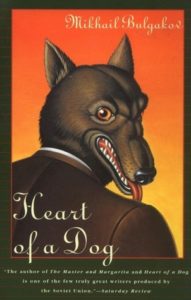 Heart of a Dog was Bulgakov’s last novel, though he went on to publish several plays and short story collections. It doesn’t touch The Master and Margarita, but will give you a sense of the writer’s wry, surrealist sensibility. 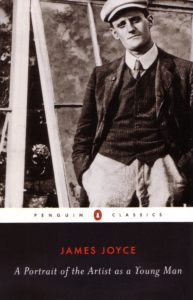 James Joyce: A Portrait of the Artist as a Young Man (256 pages)

Everything looks short and accessible compared to Ulysses (not to mention Finnegans Wake). Really the best place to start with Joyce is Dubliners, but as that’s a short story collection, this one will have to do. 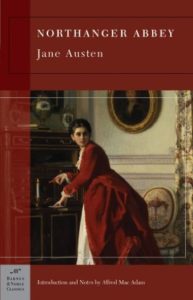 Northanger Abbey—which she titled Susan, as Catherine Moreland was then named—was her first finished work, but among the last to be published. She sold it to a publisher in 1803, but they didn’t print it; they held on to it until selling it back to the family in 1816. Austen continued to revise it, but she died in 1817, and her brother published it posthumously, in December of that year. 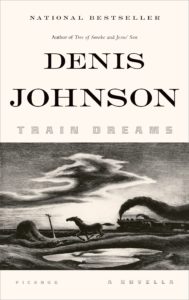 Most people enter Denis Johnson through Jesus’ Son, which is all well and good, but it’s relatively rare to hear anyone talk about his ten novels (except the massive Tree of Smoke, which won the National Book Award), not to mention his five books of poetry or his plays. I haven’t read it all, but of what I have read, Train Dreams is the best—elegant, elegiac, and short enough to read as it feels it was meant to be read: while in transit from one strange place to another. 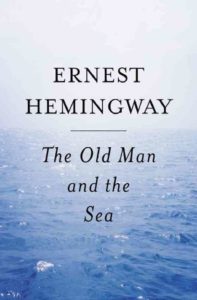 Ernest Hemingway: The Old Man and the Sea (127 pages)

None of Hemingway’s novels are particularly difficult, but his last one has the distinction of being the shortest novel ever to win the Pulitzer Prize. (Note: “For sale: baby shoes, never worn” is not a novel, nor did Hemingway write it.) 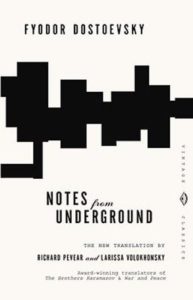 We all read this in high school for a reason—Dostoyevsky’s novels are notoriously dense, long, and well, Russian, which can be difficult to break into. Notes from Underground is definitely Russian, but it’s mostly complaining, which makes it more or less accessible to anyone. Technically Uncle’s Dream and The Landlady are even shorter novellas, but they’re so rarely sold as single volumes that it sort of seems like cheating to include them. The Double is also a quality short novel that would be perfect to start you off on a life of Dostoyevskydom. 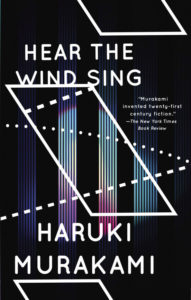 It can be hard to know where to start with Murakami—there’s so much, and it all seems to be equally acclaimed (though the massive novels are most beloved, at least in America) and equally bizarre. For the record, you should start with The Wind-Up Bird Chronicle, but if you want the shortest path to Murakami fandom, you can attempt his very first—though you’ll likely have to hunt for it, as his earliest novels are much less ubiquitous in this country than his later work. 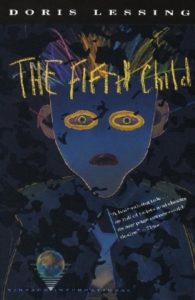 Lessing’s body of work is as formidable as her work itself. She’s a Nobel Prize winner, after all. Typically for Lessing, her shortest novel resists classification, but it could be described as a horror story about childrearing, in which the titular fifth child turns a family’s “perfect” life upside down. 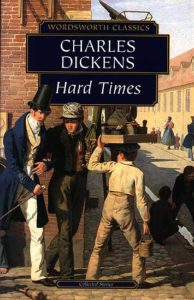 When you’re paid by installment, there’s rather an incentive to make the story drag on for as long as possible. Hard Times isn’t a particularly short novel, as novels go—it’s about the standard length—but it’s less than a third the length of many of his more famous novels (104,821 words to David Copperfield‘s 357,489, Bleak House‘s 355,936, Little Dorrit‘s 339,870, etc). Great Expectations, Oliver Twist, and A Tale of Two Cities are all more reasonable, but Hard Times is still the shortest. (Well, The Mystery of Edwin Drood is technically shorter, but as it’s unfinished, I’m not counting it.) 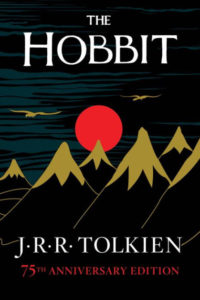 The Lord of the Rings trilogy is long and, in some places, difficult (it took me many tries to get through the Tom Bombadil sections as a young reader). But The Hobbit, a prequel of sorts, is only 300 pages—though you’d never guess it from the number of film adaptations they made out of it. 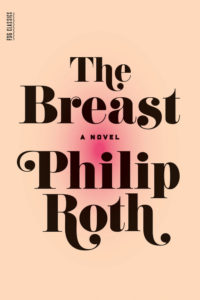 In which David Kepesh awakens one morning to find himself transformed into a 155-pound breast. This is the only Philip Roth book I’ve ever been able to finish, but that was mostly because of the Kafka comparison. Let’s put it this way: I’ve now read Roth and I don’t want to read anymore. 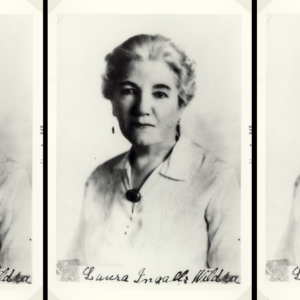