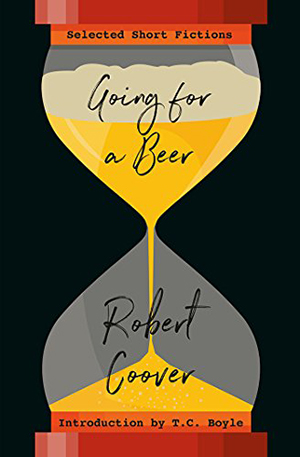 The following is from Robert Coover's collection, Going for a Beer, which contains 30 stories spanning over half a century. Robert Coover is known for his postmodern fiction, as well as pioneering the field of electronic writing. His most recent novel is Huck Out West.

Falling from favor, or grace, some high artifice, down he dropped like a discredited predicate through what he called space (sometimes he called it time) and with an earsplitting crack splattered the base earth with his vital attributes. Oh, I’ve had a great fall, he thought as he lay there, numb with terror, trying desperately to pull himself together again. This time (or space) I’ve really done it! He had fallen before of course: short of expectations, into bad habits, out with his friends, upon evil days, foul of the law, in and out of love, down in the dumps—indeed, as though egged on by some malevolent metaphor generated by his own condition, he had always been falling, had he not?—but this was the most terrible fall of all. It was like the very fall of pride, of stars, of Babylon, of cradles and curtains and angels and rain, like the dread fall of silence, of sparrows, like the fall of doom. It was, in a word, as he knew now, surrendering to the verb of all flesh, the last fall (his last anyway: as for the chips, he sighed, releasing them, let them fall where they may)—yet why was it, he wanted to know, why was it that everything that had happened to him had seemed to have happened in language? Even this! Almost as though, without words for it, it might not have happened at all! Had he been nothing more, after all was said and done, than a paraphrastic curiosity, an idle trope, within some vast syntactical flaw of existence? Had he fallen, he worried as he closed his eyes for the last time and consigned his name to history (may it take it or leave it), his juices to the soil (was it soil?), merely to have it said he had fallen? Ah! tears tumbled down his cheeks, damply echoing thereby the greater fall, now so ancient that he himself was beginning to forget it (a farther fall perhaps than all the rest, this forgetting: a fall as it were within a fall), and it came to him in these fading moments that it could even be said that, born to fall, he had perhaps fallen simply to be born (birth being less than it was cracked up to be, to coin a phrase)! Yes, yes, it could be said, what can not be said, but he didn’t quite believe it, didn’t quite believe either that accidence held the world together. No, if he had faith in one thing, this fallguy (he came back to this now), it was this: in the beginning was the gesture, and that gesture was: he opened his mouth to say it aloud (to prove some point or other?), but too late—his face cracked into a crooked smile and the words died on his lips . . .

From Going for a Beer: Selected Short Fictions. Used with permission of W.W. Norton & Company. Copyright © 2018 by Robert Coover. 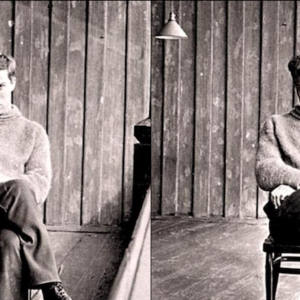 Lit Hub Weekly: February 5 - 9, 2018 30 publishers have signed a letter urging the Man Booker organizers, who allowed Americans to be considered for the prize...
© LitHub
Back to top