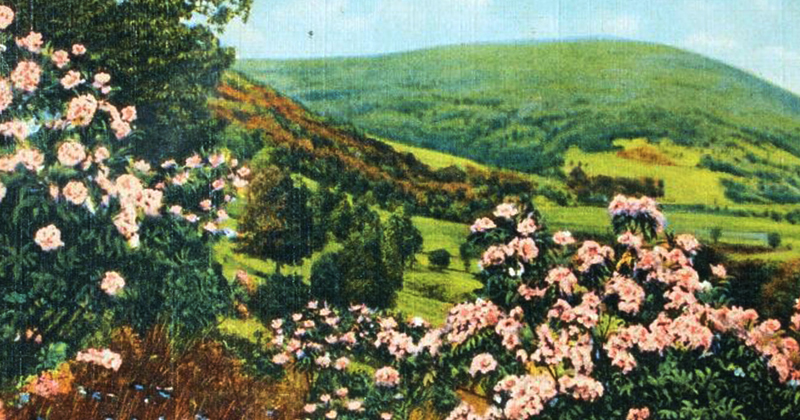 Elizabeth Catte on the Myths Shaping the Region, and Who Profits from Them

In 2016, two very transformative things happened that re-shaped my life: the country elected Donald Trump as president, and I moved from East Tennessee to Southeast Texas. These changes, in my mind, were not at all connected but became, to my new neighbors and colleagues, important clues in determining my place in the world. “Aren’t you glad you got out of there?” strangers asked me, while referencing the latest story in the New York Times about Trump voters in Appalachia. I became the confessor of readers enamored with Hillbilly Elegy, who asked intrusive questions about my presumed journey to overcome my own “hillbilly” identity, often read as a successful one because, like author J.D. Vance, I moved.

But where did I move? To a place that, much like Appalachia, bears deep environmental scars thanks to the fossil fuel industry. I certainly didn’t arrive in a state liberated from toxic politics—white voters in both Tennessee and Texas helped elect Donald Trump. The poverty I encountered in Texas was also recognizable. We might make our cornbread differently, but Texas and Appalachia have much in common. In fact, the part of Texas where I briefly lived was so much like Appalachia I decided to just move back home. If I was destined to be poisoned by corporations and deprived of civil liberties by corrupt politicians, then better the devil I knew.

But the experience of witnessing this disconnect stayed with me long after I left. I wrote a book—What You Are Getting Wrong About Appalachia—about the myths that shape our understanding of the region, who profits from them, what we can do to resist them, and, perhaps most importantly, why we should.

“In prestigious publications. . . Appalachia ceased to be part of America but a destructive force unto its own—no longer a place but a problem now singularly responsible for the most distressing problem of all: a Trump presidency.”

I’ll give you a taste of the work that these myths do by introducing you to McDowell County, West Virginia, one of the poorest communities in the state and a place enshrined by the Guardian, Huffington Post, Circa, the National Post, CNN, and CBS—just to name a few of the outlets with the largest audiences—as the beating heart of Trump Country. Ted Kopple, with a special dispatch from West Virginia after the election, proclaimed, “McDowell County was, unambitiously, Trump Country.”

The Huffington Post called it “the America that voted Donald Trump into office.” Reporters from Circa even spent election night in McDowell County, and subsequently offered ready a chance to see “what victory looks like in the most pro-Trump county in America.” In prestigious publications and on popular websites, and especially within the comments, Appalachia ceased to be part of America but a destructive force unto its own—no longer a place but a problem now singularly responsible for the most distressing problem of all: a Trump presidency. Hillbilly Elegy, embraced as a definitive textbook about the region’s dysfunctional culture, appeared as a frequent citation in such analysis and Vance confirmed this outlook in his transformation from venture capitalist to pundit and political up-and-comer.

But was McDowell County really “Trump Country,” at least in the way the media purported? No. McDowell County, the last Democratic strong hold in West Virginia, experienced the lowest voter turnout in the state, which political reporters with their knowledge of the relationship between poverty and voting behavior should have predicted. Donald Trump did win McDowell County but the majority of eligible voters, by choice, design, or circumstance simply stayed home on Election Day, an outcome common in Appalachia. And it was not a unique culture of dysfunction or economic anxiety that brought Trump voters there to the polls, it was their calculated choice. In this Appalachian voters were not alone and because their beliefs aligned with millions of voters across the country we are all now residents of Trump Country.

Of course, by virtue of the election results and polling, we now understand that a broad coalition of white voters elected Trump, not just “hillbillies.” But what drives my work is understanding why so many Americans needed it to be true that we acted alone. As I detail, part of the reason is written in the history of those who benefitted from extractive capitalism, who profited from the belief that poverty in Appalachia is pre-destined and not a product of their exploitation of the environment and our labor. There are also important clues in the way the region is inaccurately coded as an “all white” space. Politicians have a long history of deflecting their failures onto us. Evidence abounds in the work of photographers, writers, and adjacent creatives who mined our sorrow and pain like it was another resource to be extracted. But however you slice it, the narrative often remains the same: we are people who have earned our exclusion and our final wish, before our elegy is read, is to doom others to the same fate.

It is true, I live in a world of hard realities. Economic instability and environmental destruction are wide-spread in the region. Racism and bigotry have deep roots here. I will never not acknowledge those truths, because they have shaped my life. But I want to acknowledge other truths as well, and the forces that explain my place in the world much better than the account of one person or a single election. I am the other Appalachia you’ll meet in my book—the women who walked picket lines, and the men who went to war to control their labor. I am the anonymous anti-coal insurgents, I am the hillfolk who fought segregation. I belong to the people who helped destroy mountains but also the people who thought nothing of climbing them to help someone.

Because my book has a provocative title—What You Are Getting Wrong About Appalachia—readers will naturally speculate about the accusatory “you.” Some will deduce, after reading, that I’m referring to J.D. Vance. This is not entirely inaccurate, and I have much to say about the runaway success of Hillbilly Elegy. But rather than be seen as a criticism of a particular book or a particular person, I’d like my own offering to be read as an interruption to a long claim of ownership about the circumstances of my life and history. In complicating our ideas about Appalachia, I also a reject that any region or demographic can be reduced or contained in such a way. 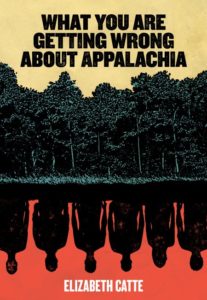 Adapted from the introduction to What You Are Getting Wrong About Appalachia. Used with permission of Belt Publishing. Copyright © 2018 by Elizabeth Catte.

Elizabeth Catte is a writer and historian from East Tennessee. Her debut book is What You Are Getting Wrong About Appalachia. She holds a PhD in public history from Middle Tennessee State University and is the co-owner of Passel, a historical consulting and development company. 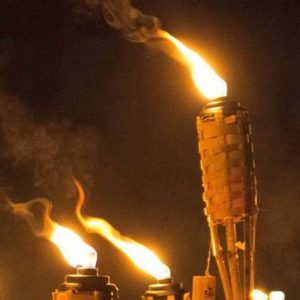 Recently, the Polish Senate passed a law that would criminalize any suggestions of complicity by the Polish state in Nazi...
© LitHub
Back to top
Loading Comments...