Has Irreparable Damage to This Country Already Been Done?

The federal government is morphing like a monstrous blob. Long-established separations are melting down; hitherto united organs are fissioning. Yet other parts are withering away—the foreign service, scientists, civil servants unable to carry out their jobs with principle—or being weakened: “The Trump administration has stripped enforcement powers from a Consumer Financial Protection Bureau unit responsible for pursuing discrimination cases,” the Washington Post recently reported.

Federal resources are being auctioned off or given away: public land—and sea—are being offered up to extractive industries. National monuments are being shrunk. Limits on pollution are being slashed. Funds for basic services are being cut. USA Today reported almost a year ago, “President Trump’s proposed budget takes a cleaver to domestic programs, with many agencies taking percentage spending cuts in the double digits. But for dozens of smaller agencies and programs, the cut is 100 percent. Community development block grants. The Weatherization Assistance Program. The Low-Income Home Energy Assistance Program. The National Endowment for the Arts. The Corporation for Public Broadcasting.” The Environmental Protection Agency has been gutted and the Department of Education pursues a war against universal public education.

Conflicts of interest, starting with those of the president enriching himself in open conflict with the Emoluments clause of the constitution, are being countenanced as never before. The executive branch, which includes the intelligence services, is in a civil war; portions of the legislative branch—Nunes, Ryan—have decided to serve the executive branch, or one self-serving portion of it rather than their constitutional duty or the nation. If the administration’s appointments go forward, the judicial branch will be fatally corrupted.

The head of the Justice Department, Jeff Sessions, has often shown himself to be too craven or corrupt to resist pressures to corrupt his department’s mission. Matthew Miller, a justice and security analyst at MSNBC, recently commented on Sessions: “Sessions is giving credence to accusations his own Department has said aren’t true about an investigation from which he is recused and for which he has been interviewed. Crossing multiple lines here.”

The Nunes memo is a campaign to feed fresh meat and more lies to the minority of the population that supports the Trump Administration; it is knowingly duplicitous; truth is not a requirement for them to feed this audience; this kind of feeding further divides the country—right-wingers think that it’s the FBI staging a coup because they live in a bubble in which all news about the Russian intervention has been discredited. It’s worth mentioning, perhaps, that Carter Page was investigated as a spy starting in 2013, three years before the Steele dossier was created, so the argument that the Steele dossier is the biased basis for the investigation would not hold water even if it had not first been commissioned by a Republican before it was taken over by a Democratic backer. (Like Nunes and Sessions, Carter Page was part of the 2016 Trump campaign.)

Civil servants who’ve proved more loyal to the country or the law than to the president have been fired: Preet Bhahara, Sally Yates, James Comey, McCabe (Donald Jr. tweeted that McCabe, the FBI’s second in command, was fired, though officially he has resigned). It’s widely feared that the administration will next go after the Justice Department’s second-in-command, Rod Rosenstein, if he remains true to principle and refuses to fire Mueller, and after Mueller himself. Trump, the New York Times reported, tried to fire Mueller last summer, prompting his legal counsel, Donald McGahn, to threaten to resign to make the president back off. All this is obstruction of justice in the pursuit of a cover-up of apparent collusion with Russia and the corruption surrounding it all. It is hard to imagine these would have taken place at the behest of a president with nothing to hide.

The federal government was a far from perfect entity before January 20, 2017. It is going to be almost unrecognizably worse if they succeed in carrying out their agenda, less accountable, more discriminatory, more free to punish at will, offering far less protection to the natural environment and far fewer services and rights to residents of the USA. It is, among other things, a war against equality, the equalities under the law LGTBQ and feminist and antiracist activists have achieved over the past half century.

Part of this seems to come from a desire to aggrandize power and establish an authoritarian kleptocracy, perhaps modeled on Putin’s Russia, where a few dozen oligarchs hold most of the wealth, and accountability and democracy are almost entirely gone. Part of it comes from a radical right—and its libertarian desire to destroy the federal government—that dates back to at least to Grover Norquist, who famously said he wanted to “reduce [government] to the size where I can drag it into the bathroom and drown it in the bathtub.” Part of it is juvenile destructiveness: they seem to want to pull the wings off the country before they drown it.

The Mueller investigation is a check on that power, a power that arose through, among other forces, Russian intervention, which is why over the past two weeks we’ve seen both furious attacks on the investigation and more servile empowerment of Russia with the refusal to enforce the sanctions the legislative branch almost unanimously voted for—not to mention the unexplained Administration meetings with Russian intelligence leaders who should not, by current regulations, even be allowed in the country. As John McCain said (yes, a mixed bag, I know), “If we continue to undermine our own rule of law, we are doing Putin’s job for him.”

Editorial Power Means Blowing Up the Machine from the Inside 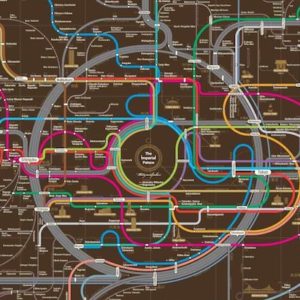 I write in praise of difficulty in writing—specifically difficulty in the novel form. Why? Well, not least because of the Modernist...
© LitHub
Back to top