TODAY: In 1940, John Maxwell Coetzee, recipient of the 2003 Nobel Prize in Literature, is born.

Marlon James on the difficulty of writing about his mother • Elizabeth McCracken’s unified theory of the doughnut • Suspend any genre snobbery you might have and read these ten works of literary fantasy • Ten thoughts on having your novel translated into your native tongue • “Guess Who’s Coming to Dinner.” A poem by Morgan Parker from her new collection Magical Negro • Katharine Smyth on moving away from Virginia Woolf’s work to understand her own • Yasmin Khan on the joys of Palestinian cuisine • Mapping addiction, from Cocteau to Burroughs • Gabrielle Bellot on Marianne Moore, defiant poet of complexity • “Rejection is not always triumphant or empowering. Growing a tough skin isn’t always fun.” The accidental rejection expert revisits her viral essay • On the increasingly rare art of line editing • Esmé Weijun Wang and R.O. Kwon in conversation •

How far can our outrage go? Wendy Willis on the merits (and pitfalls) of moral rage • Ten contemporary Dickensian novels to slake your thirst for plucky orphans, complex subplots, and goofy, illustrative names • Contemporary workplace culture is toxic… but maybe not fatal? • On the anxiety and vanity of Marcel Proust, debut novelist • What if all writing is just drafts, forever? • A mediocre violinist on playing for “The Composer” • Standing at ground zero for UFO believers: a scientist studies our need to believe in aliens • Natasha Wimmer, translator of The Spirit of Science Fiction, on translating Bolaño (and his obsessions) • What Barry Jenkins missed in the adaptation of If Beale Street Could Talk • The 50 best one-star Amazon reviews of The Sound and the Fury

Subscribe to the new Book Marks Bulletin for reviews, news, pre-publication giveaways, and more! • Patricia Highsmith’s Malcontents, Misogynists, and Murders: from Carol to Tom Ripley • Where Reasons End author Yiyun Li on five novels about children who awed her, from Harriet Said to The Children of Dynmouth • Lori Feathers on the oeuvre of Marlon James, from John Crow’s Devil to Black Leopard, Red Wolf • The Thin Black Line: 7 Books About America’s Borders, from The Crossing to The Line Becomes a River • This week in Secrets of the Book Critics: Laura Adamczyk on Jesus’ Son, Comemadre, and social media pedants • Jonathan Lethem’s The Feral Detective: smart, gristly fun OR cliché-ridden and strained? • Hari Kunzru on delusional Brexiteers, Matt Taibbi on dangerously bored billionaires, and more in the Book Reviews You Need to Read This Week • New titles from Marlon James, Yiyun Li, Angie Thomas, and more in the Best Reviewed Books of the Week

Sarah Weinman on Nedra Tyre, the crime writer who killed with kindness • Emily Rose Stein looks at the year ahead in crime podcasts • C. J. Tudor rounds up 6 mysteries featuring missing, mistaken, or “changed” children • Lisa Levy rounds up all the best psychological thrillers out this February • Paul French looks at the long history of crime novels set in Chinatowns around the world •  Michelle Frances recommends 8 crime books revolving around workplaces • Christina McDonald looks at 8 crime novels featuring mothers ready to do literally anything for their children • Joseph Finder rounds up five classic tales of predators and prey • All the fact crime you need to read this February, featuring magicians, gunslingers, and deadly temptations • Your guide to the secrets and silences at the heart of Iranian director Asghar Farhadi’s intimate mysteries • Christobel Kent talks feminism and crime writing • Katrin Schumann on how to write about violence and its aftermath with empathy and respect • “Inside all of us, there’s a detective.” Megan Collins rounds up 6 crime books that prove anyone can be a sleuth • Jessica Strawser looks at 8 thrillers powered by innocent bystanders and accidental witnesses • Tom Hunt recommends 10 thrillers featuring ordinary characters in extraordinary situations • Lisa Levy on the quiet brilliance of Justified 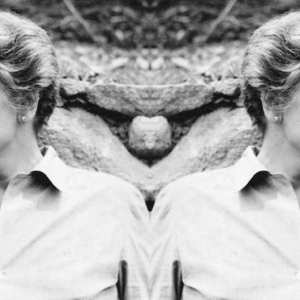 “Extremely difficult to read due to the gibberish conversations.” The 50 best one-star Amazon reviews of The Sound...
© LitHub
Back to top