With the publication of Swann’s Way on November 14th, 1913, Marcel Proust found immediate fame. In the weeks that followed publication, a number of laudatory reviews appeared. Lucien Daudet, in a long front-page article in Le Figaro, praised Proust’s novel in terms that still hold true. Among his many astute remarks, this one singles out a major aspect of Proust’s achievement: “Never, I believe, has the analysis of everything that constitutes our existence been carried so far.” Daudet called his friend a genius and his book a masterpiece. Robert Dreyfus, in another article in Le Figaro, characterized Swann’s Way as a “strong and beautiful work.” Jean Cocteau, in Excelsior, also called the book a masterpiece, saying that it “resembles nothing I know and reminds me of everything I admire.”

With such acclaim and all the tremendous amount of work that remained to complete and publish what Proust assumed would be the two remaining volumes, The Guermantes Way and Time Regained, he had no inkling that a catastrophic, global event was about to alter the world as he knew it and also cause him to greatly enlarge the scope of his novel, already a work of nearly unprecedented length.

When World War I began in August 1914, one of its immediate consequences for Proust was that publishing houses closed because all able-bodied men and all the lead used for setting type were needed in the war effort. Proust found himself without a publisher, a press, or a deadline. No one knew, of course, how long the war would last. Many, as seems always to be the case, naively believed that this war would be a short one. The Great War lasted until November 11th, 1918. Proust spent the war years anguishing over the fate of his country and the safety of his friends who were at the front, a number of whom perished in battle. And he followed the events by reading seven newspapers a day, as well as letters from acquaintances in the army, by interviewing friends and soldiers on leave, and by listening to high-ranking officials in the government and military. And he kept on writing.

Much of the novel had had its origin in the draft of a long essay attacking the critic Charles-Augustin Sainte-Beuve, an argument that Proust dramatizes in what would become the second volume, In the Shadow of Young Girls in Flower. In writing the essay “Against Sainte-Beuve,” Proust had, without knowing it at first, conceived many of the themes and events that he would adapt for the novel. These included the madeleine scene and other episodes that describe the phenomenon that Proust called involuntary memory, and the first and last parts of the novel—that is, the overture to Swann’s Way and, for Time Regained, the concluding section in which the Narrator discovers his vocation as a writer and explains his philosophy and his aesthetics. 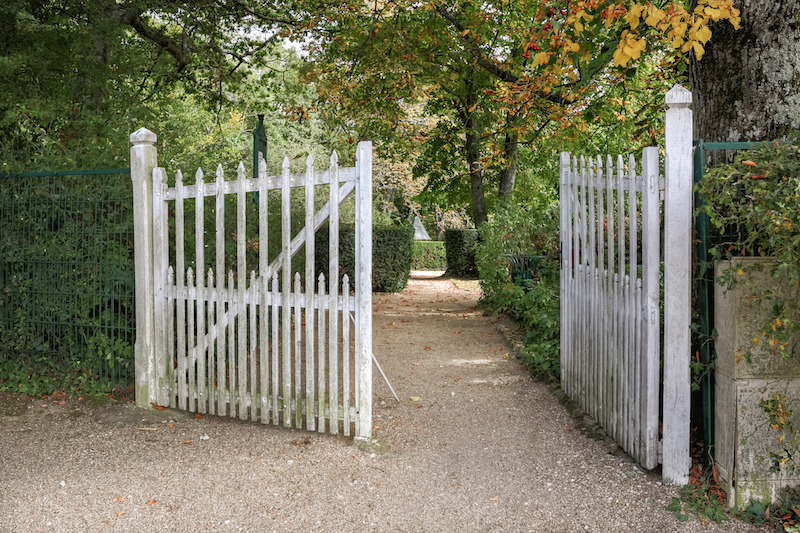 Since Proust had thus fashioned a circular structure for his story—the Narrator at the conclusion is ready to write the book that we have just read—it was relatively easy for him to include the war years in his story, thus giving his book an unanticipated and vital extra dimension. He would show how the Great War and its immediate aftermath changed French society, and he would expand the section known as the Albertine cycle.

In the Shadow of Young Girls in Flower introduces us to Albertine, the most important young woman in that bouquet of seaside beauties who captivate the Narrator at Balbec, where he also becomes acquainted with two of the novel’s principal male characters, both members of the Guermantes family, Robert de Saint-Loup and Charlus, who is considered by many to be one of the most fascinating characters in all of literature. Before publication, Proust worried, of course, that the restless postwar public would have long since forgotten or ceased to care about the characters in the long, meditative story he had begun five years earlier in Swann’s Way.

He needn’t have: on December 10th, 1919, À l’ombre des jeunes filles en fleurs won the Goncourt Prize, France’s most distinguished award for a work of fiction. While few now question the jury’s decision, at the time the award was a controversial one. In the aftermath of the Great War, which had proved so costly to France, especially in the large numbers of young men killed and wounded, many felt that the prize should be awarded to Les Croix de bois (Wooden Crosses), a war novel, written by a 33-year-old veteran named Roland Dorgelès.

In fact, the jury split the vote, with Proust receiving six votes out of ten. It is thought that Léon Daudet, who headed the selection committee and whose family had long been associated with the Goncourt brothers and with Proust, used his influence to make certain that Proust won the prize. The novelist acknowledged as much in a letter to Jacques Rivière, telling him that he intended to dedicate The Guermantes Way to Daudet by way of gratitude for his role in obtaining the Goncourt Prize. The dedication, including a list of Daudet’s works, reads: “To Léon Daudet,” the author of “so many masterpieces, to the incomparable friend, as a token of gratitude and admiration, M.P.” 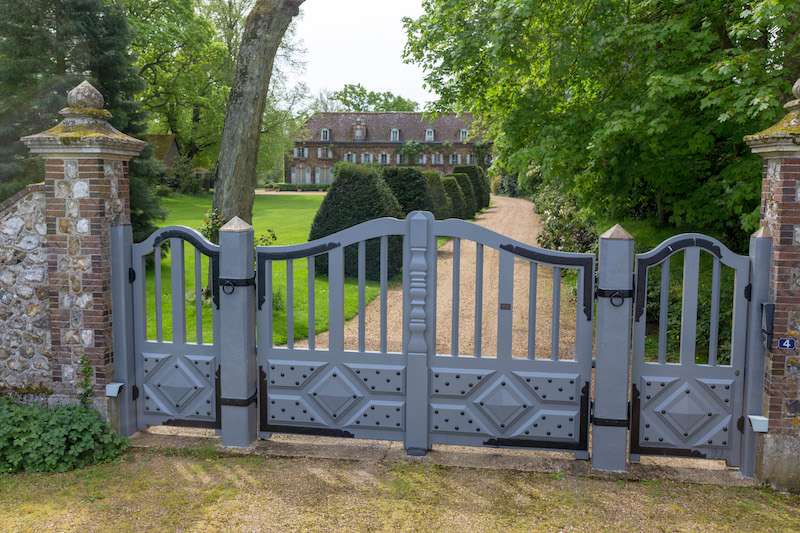 Proust was also delighted to learn that, as a sign of his growing international reputation, readers in various countries, such as Holland, Belgium, and England, had founded Marcel Proust Societies. Proust informed a correspondent that his novel “was commented upon in nearly every country (even in China).” And, unbeknownst to him, in England, Charles Kenneth Scott Moncrieff, a Francophile and seasoned translator of some of the masterpieces of French literature, beginning with the oldest, The Song of Roland, and including the two great 19th-century novels by Stendhal, The Red and the Black and The Charterhouse of Parma, was so enthralled by Swann’s Way that he had already begun to translate it before securing Proust’s or his publisher’s permission.

Before publication, Proust worried, of course, that the restless postwar public would have long since forgotten or ceased to care about the characters in the long, meditative story he had begun five years earlier in Swann’s Way. 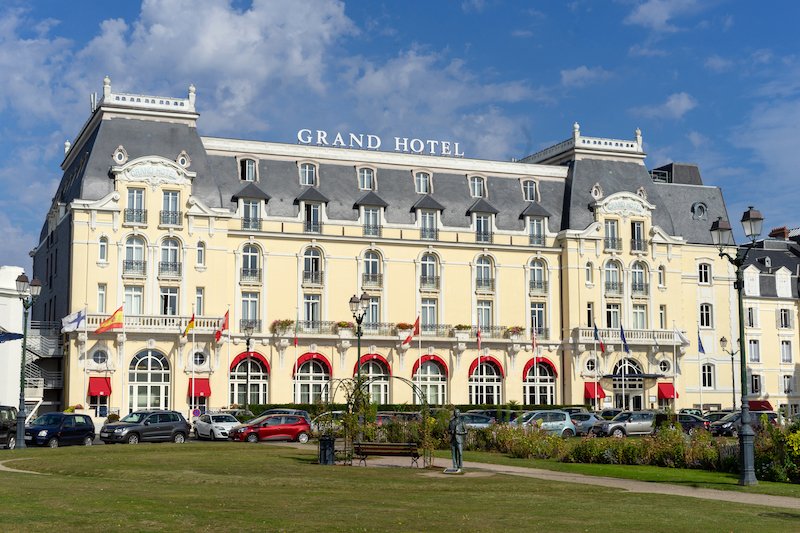 Proust spent many summers at the Grand-Hôtel in Cabourg, on the Normandy coast. This hotel is the model for the one at Balbec in In the Shadow of Young Girls in Flower. (Photo credit: Nicolas Drogoul)

The third part of the novel,The Guermantes Way, was published in two separate volumes, the first appearing in 1920 and the second in 1921. Proust’s great gift for comedy and satire, a key aspect of his style throughout In Search of Lost Time, is especially evident in The Guermantes Way, when the Narrator is invited to the salons of Mme de Villeparisis and the Duc and Duchesse de Guermantes. This tome is, in many ways, the pendant to Swann’s Way and its exploration of bourgeois society. Proust’s portrayal of the two “ways” offers many comic scenes, while his penetrating analyses of people and places open windows on French history and society, including that of the Belle Époque.

Such scenes in The Guermantes Way show that the Narrator is beginning to see high society as a vain and sterile world. Proust also shows us characters reacting to the main political crisis that gripped France around the turn of the century: the Dreyfus Affair, a scandal that resulted from the anti-Semitism that was widespread throughout society, the military, and the government.

Proust devotes a separate chapter to a traumatic episode in the Narrator’s life: the agony and death of his beloved grandmother, a loss whose devastating impact will not be felt by him until later, when it is described, in Sodom and Gomorrah, in a famous passage that bears a separate title, The Intermittencies of the Heart. Proust believed that this poignant interlude about death and memory and grieving was so important thematically and structurally that he considered using The Intermittencies of the Heart as the general title of the novel before choosing In Search of Lost Time. 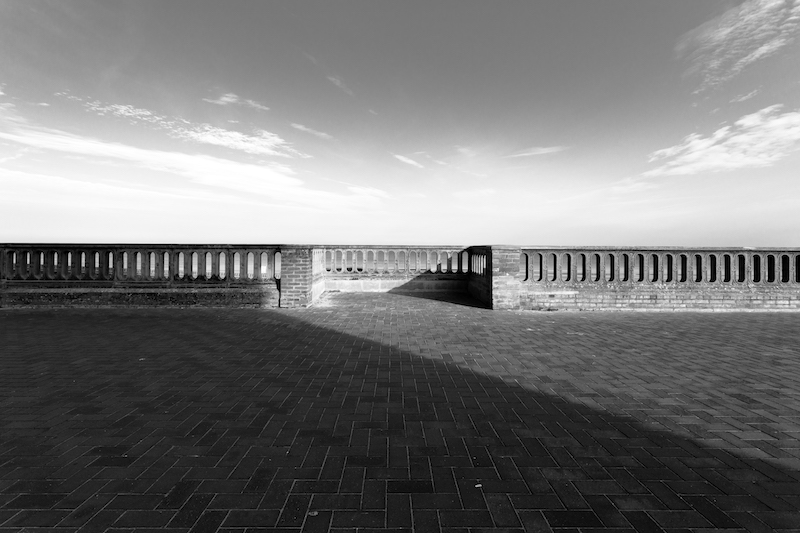 The seaside boardwalk outside the Grand-Hôtel in Cabourg is known as the “Promenade Marcel Proust.” (Photo credit: Nicolas Drogoul)

Léon Daudet’s younger brother, Lucien, who had read his advance copy of The Guermantes Way twice, wrote Proust to express his wonderment at his friend’s accomplishment. Proust’s “projection” of what seemed to be every human thought and emotion “caused a special happiness: one no longer had the impression of reading.” He congratulated the author on his “incredible sense of dialogue,” citing examples and saying, “One could make of this third volume an entire book of maxims,” the “most beautiful” ever written and a “psychological manual more complex than all the others, a totally new artistic ‘doctrine’ and the most amusing of all novels.”

Lucien was awed. “How is it that you possess all this too, in addition to all the rest?” He continued in this vein, saying that Proust had created a compression of life, accomplishing even more than Balzac and Stendhal. One of Proust’s most distinguished contemporaries, André Gide, saw the challenge for other writers: “You are a monster, you exhaust every subject. . . . How can you expect anyone else to write a novel?”

Critical reception of The Guermantes Way was, in general, highly favorable. However, having described the Narrator’s entry into Paris’s exclusive aristocratic salons, Proust found himself depicted once again as a snob. He immediately launched a counteroffensive. In a letter to the critic Jacques Boulenger, Proust observed that, having lived from the age of 15 in the midst of ladies like Madame de Guermantes, he possessed the “strength to brave in the eyes of those who ignore it the opinion that I am a snob, by depicting snobbery, not from the outside and ironically as would a novelist who was a snob would do, but from the inside by giving myself the soul of someone who would like to know a Duchesse de Guermantes. . . . Would an author who is a snob . . . say that he desired to know a Madame de Guermantes?”

While In Search of Lost Time is without question a work of fiction, this letter is one of several in which Proust speaks of himself as though he were the Narrator. He explained the distinction in a letter to André Chaumeix, describing the Narrator as “the one who says I and is not always me.” Proust also wrote to Louis Martin-Chauffier, who was to publish a review of the volume, to say that the novelist counted on him to “make it very clear that The Guermantes Way is the exact opposite of a snobbish book. . . . The truth is that by natural logic after having confronted the poetry of the place named Balbec with the triviality of the real Balbec, I had to proceed in the same manner for the proper name Guermantes.” Proust then revealed to Martin-Chauffier how the Narrator’s lifelong quest will conclude: “The only thing I don’t say about the Narrator is that at the end he is a writer, because the entire book could be called a vocation . . . but which is not discovered until the last volume.” 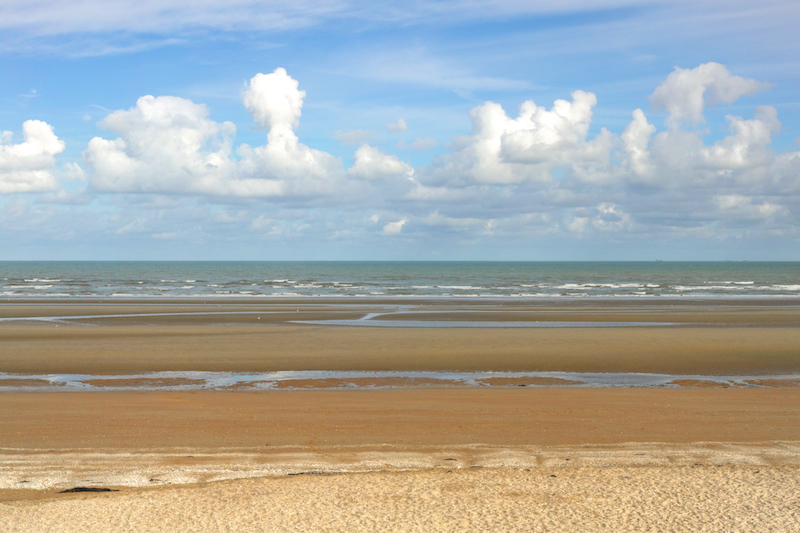 The beach in front of the Grand-Hôtel in Cabourg. (Photo credit: Nicolas Drogoul) 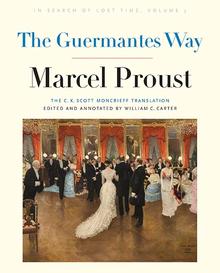 Adapted from the introductions to In the Shadow of Young Girls in Flower and The Guermantes Way by Marcel Proust, edited and annotated by William C. Carter, published by Yale University Press. Reproduced by permission.

William C. Carter is Distinguished Professor of French Emeritus at the University of Alabama at Birmingham.
http://Proust-Ink.com

Contemporary Workplace Culture is Toxic... But Maybe Not Fatal?

What If All Writing is Just Drafts, Forever? 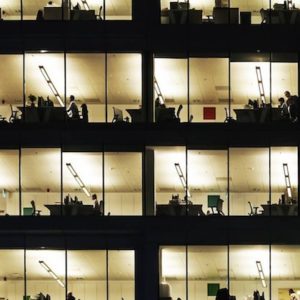 Contemporary Workplace Culture is Toxic... But Maybe Not Fatal? “How many young college graduates have taken demanding jobs in high-powered firms, vowing that they will work hard to earn...
© LitHub
Back to top
Loading Comments...