What If All Writing is Just Drafts, Forever?

Joseph Scapellato on the Infinite Manifestations of a Single Novel

At this point in my life, I thought that I would know what a draft is. But I’ll be honest with you: I don’t.

Is a “first draft” a first complete draft, the one that for the first time has a beginning, a middle, and an end? Or is it, instead, an incomplete-but-significant-in-some-other-manner draft in which the intention, identity, or momentum of the work first emerges in a definitive way?

And is a second (or third, or fourth, or fifth) draft a newly complete draft, the product of a series of careful/reckless every-page revisions that result in renewed wholeness?

Or are they drafts in which a vital discovery has been made, an improvement that radically revises the intention, identity, or momentum of the work in a newly definitive way?

All of the above?

Is “draft” simply the word that we use when we want to signal that some form of notable progress has been made?

Or is “draft” just what we call whatever it is we have when it’s time for us to send it to a reader?

Every writer is going to have their own approach (or set of approaches) to the question of what constitutes a draft. These approaches might change with every phase of every project; the way that you wander through your first draft could be quite different from the way that you wander through your final. The hope, of course, is that your conception of drafting, whatever it is, can serve as a perch—a perception-changing post, slightly above the page, from which you’re better able to see your work and your process in a useful way.

My personal approach is to avoid the question of drafthood for as long as I can.

I do a lot of writing by hand. When I’m working on a word processor, though, I open the file, review what’s there, and get to composing/revising; as soon as I’m done for the day, whether I’ve worked for eight minutes or eight hours on two hundred words or two hundred pages, I save the document as a new file. The title of the new file is the title of the project plus the current date.

Every single one of these files I optimistically consider a “draft.”

This means that I have hundreds of files of everything I’ve written and am writing, each file a draft, each draft identified simply by title and date. (The only deviation from this practice is if I plan to send a file to readers, in which case I’ll usually represent that in the title.) 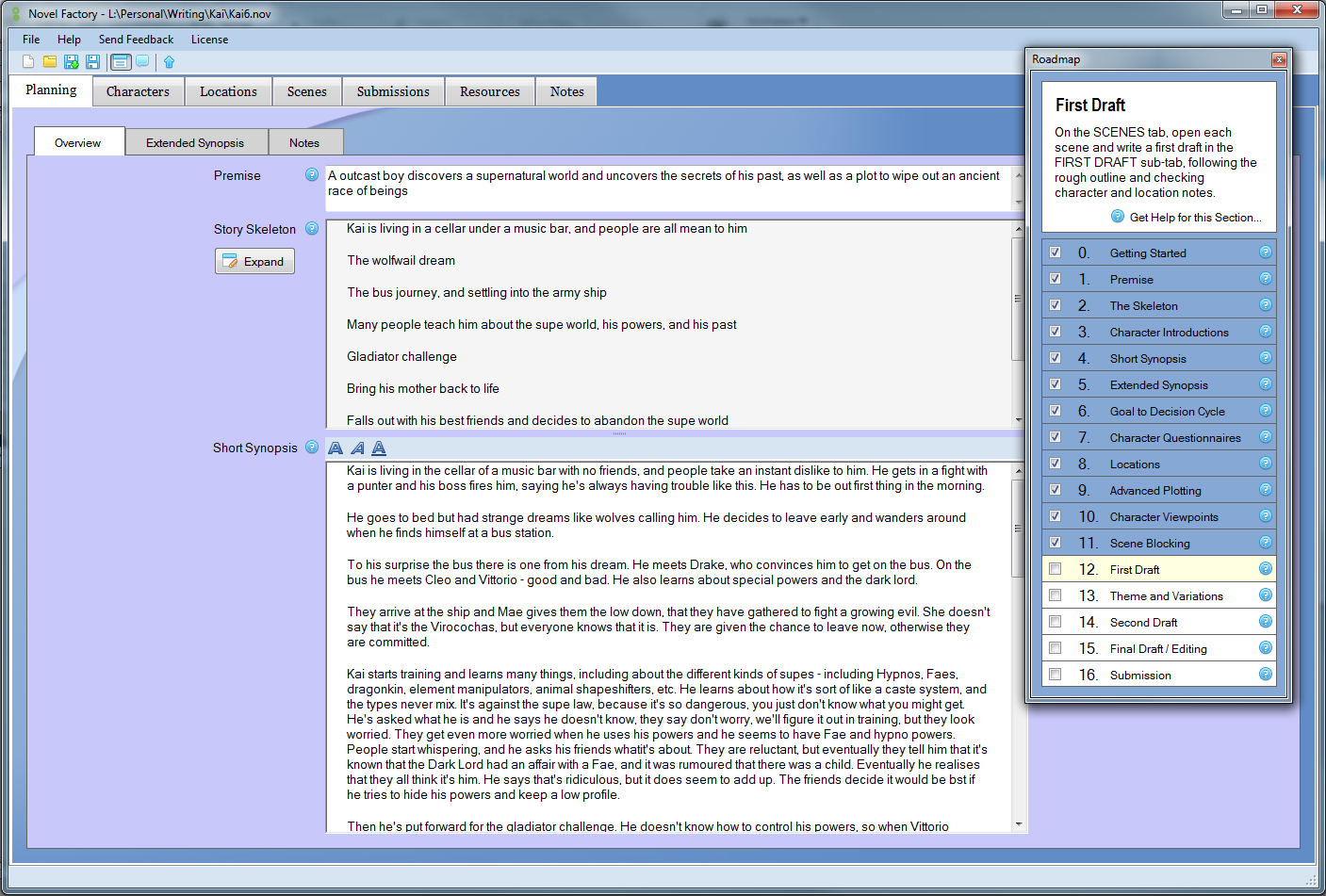 This approach, I’ve found, allows me to trick myself into taking risks (experimenting with direction-changing passages, making scary cuts, enacting a change that will necessitate an exhaustive whole-manuscript revision, doing the thing that I’ve been avoiding doing because it’s so aggravatingly difficult, writing something that my parents for sure won’t want to read, etc). I tell myself that if the risk doesn’t work out, I can sort through the record of previous day-to-day drafts, copy the unaltered version of the relevant passage, and restore the world of my draft to its supposedly Edenic state. (I very rarely resort to this; with my novel, I can remember only one time when I resurrected an old draft passage. But boy, was I glad that it was there.)

As a writer, I’m always looking for the emergent “work’s intention”—I want to be surprised out of my initial writerly intentions. (I’ve discussed this idea, with great gratitude to Robert Boswell, here

.) To do this, I need to continually remind myself that the elements that I sometimes take to be constants in my early drafts can and should be thought of as variables. Every word, sentence, and paragraph, every character, relationship, and narrative shape, every occasion, setting, and tone can potentially be changed to support the work as a whole.

A very forgiving definition of “draft” somehow enables me to keep this mutability in mind. It gives me permission to take small but risky steps, repeatedly.

At some point I started to see the manuscript as a novel: it seemed to want to explore a larger network of relationships. In 2014, I returned to the project in a more serious and sustained way, dividing time between it and my story collection, Big Lonesome (2017). By 2016, all of my writing hours went to the novel. After several rounds with my editors, The Made-Up Man was published in February 2019.

Depending on how you define “draft,” the novel took me either 5 or 14 years to write.

The secret ingredient, if there is one, is the willingness to spend what time you’ve got.

Here’s how the novel opens. This is taken from the last draft that I have on file:

1.
Stanley Arrives in Prague
The man who met me at the airport was made-up.

To give you a sense of the long-term drift of these drafts, here’s a sampling of the novel’s first sentences.

I’ve arranged them in reverse chronological order, beginning with the final draft, ending with one of the earliest drafts.

Prague Story, 8.19.14
The man I met at the airport looked something like a woman.

Prague Story, 1.27.14
When you get there, it stinks—the train you took, the station you’re at, the town you’re in, one of them or all of them.

Prague Story, 9.22.08
When you get off at the station the train stinks of chemicals and metal, the kind that fuel tumors.

As you might expect, in this 12-year span the novel stumbled through a number of markedly different structural and aesthetic phases, each with its own shape-making promises, occasions, and energies. These phases are reflected in this sequence of first sentences. For example, the novel went from beginning (in a disorienting fashion) with the narrator’s day trip out of Prague, to instead beginning (much more sensibly) with his arrival to Prague, where almost all of the present action is set; it went from an idea-centered hyper-consciously “edgy” film noir voice (that’s very embarrassing for me to reread), to a character-centered voice with a more understated “edginess”; and perhaps most significantly, it went from Prague Story (a title that foregrounds location, and in doing so, evokes an old-fashioned film noir exoticism) to The Made-Up Man (a title that emphasizes the novel’s core thematic dimensions).

It may sound crazy to say this, but as soon as I started to rename my drafts “The Made-Up Man [plus date],” the way that I saw the novel in my head completely changed—the shape, the color, the sound—the texture—everything about it flashed into a more vivid and certain and exciting state, if not a more straightforwardly clear one. Don’t get me wrong: the unknowns outnumbered the knowns. The book had a long way to go. But all the same, it was electrifying—it was as if I’d been having an intriguing conversation with a stranger, an unexpectedly rich or intense exchange, and during a comfortable, natural pause, that stranger leaned in to tell me her name.

Here’s what I know for sure: the continual production of incrementally experimental drafts gave me permission to see the title—which had been one of the project’s central organizing principles for over 10 years—as just one more variable among countless others that could (and should) be changed.

Every writer who I studied with in grad school said that the students of theirs who go on to publish aren’t necessarily the people who radiate with the most readily perceptible levels of laser-like talent. Sometimes they are. But no matter what, the writers who publish are always the ones who demonstrate enormous work ethic—who commit to concentrated periods of work, who practice receptivity, who read widely and enthusiastically—who have, it might be said, a talent for working their asses off.

The secret ingredient, if there is one, is the willingness to spend what time you’ve got.

In this country, and in many others, not everyone is permitted the same access to the same quantity or quality of time.

It’s true that not all hardworking writers publish. Often the circumstances that drive the industry are out of our control. But the willingness to write through what might seem to be an unending succession of drafts—however you define “draft”—is one factor that you can control.

A draft is a single step. Your steps—how they look, what they do, how you take them—don’t have to be like anybody else’s. They don’t have to be beautiful or memorable or brave. They can be awful or ridiculous. They can even be unsure. But they have to help you trick yourself into spending the time and doing the work. And you have to take them, all of them, one by one.

Joseph Scapellato is the author of the novel The Made-Up Man (2019) and the story collection Big Lonesome (2017). He was born in the suburbs of Chicago and earned his MFA in Fiction at New Mexico State University. Joseph teaches in the creative writing program at Bucknell University and lives in Lewisburg, PA, with his wife, daughter, and dog. 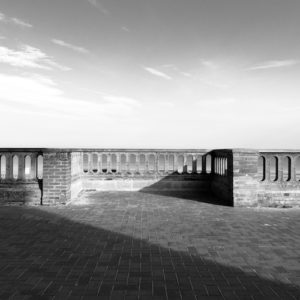 With the publication of Swann’s Way on November 14th, 1913, Marcel Proust found immediate fame. In the weeks that followed...
© LitHub
Back to top
Loading Comments...