TODAY: In 1923, the first issue of Time Magazine is published, featuring former House Speaker Joseph G. Cannon on the cover.

From Ken Kesey to Ursula K. LeGuin, 20 literary adaptations disavowed by their original authors • MIA, the liberal men we love: Amy Butcher looks into relationships gone sour in the Age of Trump • Behind the most famous photograph ever taken: looking at the whole earth, for the first time ever • The trouble with boys: Peggy Orenstein on masculinity in the age of Trump • Returning to writing after a stage four cancer diagnosis: Annabelle Kim finds clarity in the hard truths of life and death • Joy Press on the rise of the female showrunner and Hollywood’s new Woolf Pack • Quiet lives of desperation aren’t always as desperate as they look: John Banville on the dreamlife of his parents • 50 one-star Amazon reviews of Gravity’s Rainbow  • Rachel Lyons wonders if any story is too personal for one’s art • Legacies of the Soviet Empire: growing up with classic Russian literature in rural south India • From the pages of Kenzaburō Ōe to Andrés Barba, 15 of the creepiest children in literature • Steven Pinker: the world might not be quite the disaster you think it is • When Vargas Llosa met Cortazar: Paris, city of exiles • If they gave Oscars to books, our 2017 nominees (with apologies to the National Book Awards, the real Oscars for books!)

Nothing Short of Revolutionary: On Edna O’Brien’s The Country Girls, the book the Catholic church in Ireland called “a smear on Irish womanhood” • New works by Marilynne Robinson, David Mamet, and Mario Vargas Llosa feature among the 5 Books Making News This Week • This week in Secrets of the Book Critics: Rebecca Steinitz on Bleak House, Balanced Reviewing, and Spectacular Pakistani Novels • Joyce Carol Oates on a #MeToo parable, Mark Bowden on an unsparing army memoir, Josephine Livingstone on a true story of schizophrenia, and more Book Reviews You Need to Read This Week • Laura Lippman’s erotic thriller, John Banville’s Dublin memoir, the latest from Walter Mosley, and more all feature among our Best Reviewed Books of the Week 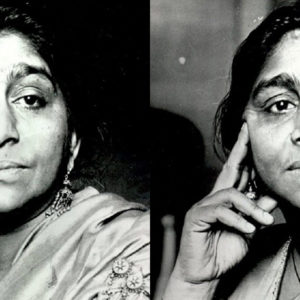 If they gave Oscars to books, our 2017 nominees (with apologies to the National Book Awards, the real Oscars for books!). |...
© LitHub
Back to top