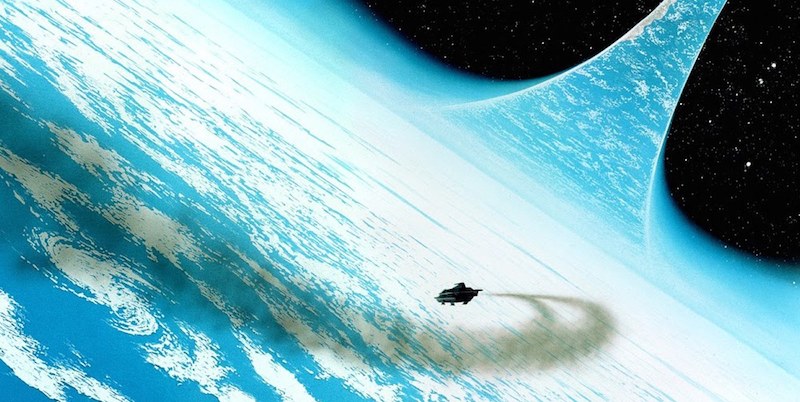 Everything You Need to Know About the Culture Novels

Last week, Amazon announced it will be adapting Consider Phlebas, the first book in Iain Banks’s acclaimed space opera Culture novels. On Twitter, CEO Jeff Bezos claimed the book was “a huge personal favorite,” a bit ironic since the novel is about a future anarchist utopia in which humans have finally escaped the very kind of capitalist oppression, wealth inequality, and rampant consumerism that makes Amazon possible. (Then again, we live in a time when Paul Ryan can claim Rage Against the Machine is his favorite band despite representing everything the band rages against.) Bezos isn’t the only tech baron to admire Banks’s work. Elon Musk named SpaceX’s two operational autonomous spaceport drone ships after spaceships in the Culture novel The Player of Games: Just Read the Instructions and Of Course I Still Love You.

Iain Banks’s Culture novels are some of the most complex, visionary, and acclaimed space opera novels ever written. Here’s everything you to know about them…

Who is Iain Banks?
Iain Banks was a celebrated Scottish novelist famous for both his literary fiction, published under the name Iain Banks, and his science fiction, published as Iain M. Banks. His best known literary novel is his highly controversial (at the time) debut, The Wasp Factory. His most famous science fiction works are the Culture novels, a series of nine novels published between 1987 and 2012. In 2013, Banks was diagnosed with terminal cancer of the gallbladder, and he died the same year, earning tributes from authors like Neil Gaiman and Irvine Welsh.

What is the Culture?
Iain Banks’s space operas revolve around a future humanoid civilization called the Culture. Unlike a lot of science fiction, Banks didn’t want merely to recreate modern civilizations with laser guns. Instead, he tried to create a truly futuristic society that would differ radically from contemporary capitalism (or any other existing earth civilization, for that matter). The Culture is a quasi-anarchist post-scarcity society controlled by impossibly advanced supercomputers called “Minds.” The Culture largely exists in giant spaceships, the better to avoid the hierarchical struggles that arise from planetary resource-scarcity. Advanced technology has freed humanity—and some alien races in the Culture—from the capitalist grind, and most humans are free to just do whatever they want. Yes, this involves lots of weird SF sex, drugs, and body modification. Even death has been overcome, and Culture citizens can, if they’d like, make backups and be revived after death in either flesh or digital form.

At the same time, the civilization-wide decisions are made by advanced AI “Minds” that are vastly more intelligent than any humanoid in the system. In this way, the Culture is both an anarchist utopia and a civilization ruled by an oligarchy of machines.

If it’s a utopia, where’s the conflict?
Depending on your perspective, the Culture could be considered either a utopia in which humanity is free to really live, or a dystopia in which human agency has been replaced by machine and humans are little more than goldfish kept by their AI masters. In either event, people are happy and there isn’t much in the way of conflict within the Culture. Murder is basically unheard of and no one steals because money doesn’t exist. Because of this, the novels often revolve around conflicts between the Culture and other alien civilizations who don’t share the same ideology.

Consider Phlebas, the first book in the series, takes place during the Culture-Iridan war, a galaxy-spanning conflict between the Culture and a highly religious and militaristic civilization of tripod aliens. The main character, Bora Horza Gobuchul, is a genetically-engineered shapeshifting humanoid who has sided with the Iridans and is tasked with recovering a missing Culture Mind. There’s also a cannibal cult, orbital crafts the size of planets, and space pirates. It’s pretty crazy.

What do we know about the show?
Since it was just announced, not much. Dennis Kelly, who wrote the UK thriller Utopia, is doing the adaptation and seems committed to Banks’s utopian vision. Kelly has said: “Far from being the dystopian nightmare that we are used to, Banks creates a kind of flawed paradise, a society truly worth fighting for. Rather than a warning from the future, his books are a beckoning.”

Amazon seems to be going all in on science fiction and fantasy. This year, they debuted Philip K. Dick’s Electric Dreams, an anthology show of adaptations of Dick short stories to go alongside the already existing Dick novel adaptation The Man in the High Castle. Amazon is also planning adaptations of cyberpunk classic Snow Crash and, yes, a new version of The Lord of the Rings.

How a Culture adaptation fit into the current TV landscape?
Science fiction is all over the airwaves these days, with shows like Black Mirror and Westworld showing us how dystopian our near future might be, and series like Stranger Things mixing nostalgia with monsters. But the closest SF show to the Culture books is probably The Expanse, the SyFy series about the rival conflicts between humans living on Earth, Mars, and asteroids. (That show is adapted from a series of novels written by Daniel Abraham and Ty Franck under the pen name James S. A. Corey.) The Culture books have complex characters, Machiavellian plots, and deep worldbuilding that features a variety of species with conflicting ways of living and thinking. So it might end up having similarities to TV’s most popular geek show, Game of Thrones. But if the adaptation keeps true to the books, and emphasizes how advanced technology could free us from the capitalism, militarism, and social hierarchies we live under, the show should be the rare positive SF vision in a sea of cyberpunk dystopias.

Where should you start with the Culture books?
The Culture books typically take place in different time periods—often centuries apart—and do not have to be read in order. Consider Phlebas is a fine place to start. It’s the first Culture book and you might as well read it before it gets adapted. It also features a good mix of Banks’s complex worldbuilding and a gonzo adventure plot that involves everything from gigantic spaceship battles to high stakes card games. Banks may be using the rollicking plot as a Trojan Horse to sneak in complex ideas about society and religion, but he keeps the story cranked to the max until the end.

Many readers, though, would argue that The Player of Games is the best starting point. It follows a skilled gamer who doubles as a secret agent for the Culture tasked with investigating a civilization known as the Empire of Azad, in which social status is determined by a complex game. Another standout entry is Look to Windward. The sixth book in the series, it functions as a sequel to Consider Phlebas and investigates how the Culture deals with the massive death and destruction it has caused to supposedly preserve its freedom.

Growing Up with Classic Russian Literature in Rural South India 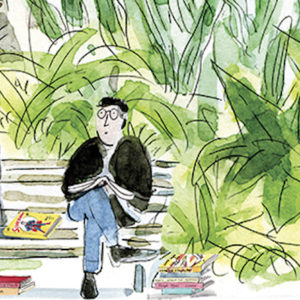 As a young man, I thought of Latin America as a place left unfinished at the moment of creation. To me this was a handicap:...
© LitHub
Back to top