Steven Pinker on the Virulence of Contemporary Pessimism

Intellectuals hate progress. Intellectuals who call themselves “progressive” really hate progress. It’s not that they hate the fruits of progress, mind you: most pundits, critics, and their bien-pensant readers use computers rather than quills and inkwells, and they prefer to have their surgery with anesthesia rather than without it. It’s the idea of progress that rankles the chattering class—the Enlightenment belief that by understanding the world we can improve the human condition.

An entire lexicon of abuse has grown up to express their scorn. If you think knowledge can help solve problems, then you have a “blind faith” and a “quasi-religious belief” in the “outmoded superstition” and “false promise” of the “myth” of the “onward march” of “inevitable progress.” You are a “cheerleader” for “vulgar American can-doism” with the “rah-rah” spirit of “boardroom ideology,” “Silicon Valley,” and the “Chamber of Commerce.” You are a practitioner of “Whig history,” a “naïve optimist,” a “Pollyanna,” and of course a “Pangloss,” a modern-day version of the philosopher in Voltaire’s Candide who asserts that “all is for the best in the best of all possible worlds.”

Professor Pangloss, as it happens, is what we would now call a pessimist. A modern optimist believes that the world can be much, much better than it is today. Voltaire was satirizing not the Enlightenment hope for progress but its opposite, the religious rationalization for suffering called theodicy, according to which God had no choice but to allow epidemics and massacres because a world without them is metaphysically impossible.

Epithets aside, the idea that the world is better than it was and can get better still fell out of fashion among the clerisy long ago. In The Idea of Decline in Western History, Arthur Herman shows that prophets of doom are the all-stars of the liberal arts curriculum, including Nietzsche, Arthur Schopenhauer, Martin Heidegger, Theodor Adorno, Walter Benjamin, Herbert Marcuse, Jean-Paul Sartre, Frantz Fanon, Michel Foucault, Edward Said, Cornel West, and a chorus of eco-pessimists. Surveying the intellectual landscape at the end of the 20th century, Herman lamented a “grand recessional” of “the luminous exponents” of Enlightenment humanism, the ones who believed that “since people generate conflicts and problems in society, they can also resolve them.” In History of the Idea of Progress, the sociologist Robert Nisbet agreed: “The skepticism regarding Western progress that was once confined to a very small number of intellectuals in the 19th century has grown and spread to not merely the large majority of intellectuals in this final quarter of the century, but to many millions of other people in the West.”

Yes, it’s not just those who intellectualize for a living who think the world is going to hell in a handcart. It’s ordinary people when they switch into intellectualizing mode. Psychologists have long known that people tend to see their own lives through rose-colored glasses: they think they’re less likely than the average person to become the victim of  a divorce, layoff, accident, illness, or crime. But change the question from the people’s lives to their society, and they transform from Pollyanna to Eeyore.

Public opinion researchers call it the Optimism Gap. For more than two decades, through good times and bad, when Europeans were asked by pollsters whether their own economic situation would get better or worse in the coming year, more of them said it would get better, but when they were asked about their country’s economic situation, more of them said it would get worse. A large majority of Britons think that immigration, teen pregnancy, litter, unemployment, crime, vandalism, and drugs are a problem in the United Kingdom as a whole, while few think they are problems in their area. Environmental quality, too, is judged in most nations to be worse in the nation than in the community, and worse in the world than in the nation. In almost every year from 1992 through 2015, an era in which the rate of violent crime plummeted, a majority of Americans told pollsters that crime was rising. In late 2015, large majorities in 11 developed countries said that “the world is getting worse,” and in most of the last 40 years a solid majority of Americans have said that the country is “heading in the wrong direction.”

Are they right? Is pessimism correct? Could the state of the world, like the stripes on a barbershop pole, keep sinking lower and lower? It’s easy to see why people feel that way: every day the news is filled with stories about war, terrorism, crime, pollution, inequality, drug abuse, and oppression. And it’s not just the headlines we’re talking about; it’s the op-eds and long-form stories as well. Magazine covers warn us of coming anarchies, plagues, epidemics, collapses, and so many “crises” (farm, health, retirement, welfare, energy, deficit) that copywriters have had to escalate to the redundant “serious crisis.”

Whether or not the world really is getting worse, the nature of news will interact with the nature of cognition to make us think that it is. News is about things that happen, not things that don’t happen. We never see a journalist saying to the camera, “I’m reporting live from a country where a war has not broken out”—or a city that has not been bombed, or a school that has not been shot up. As long as bad things have not vanished from the face of the earth, there will always be enough incidents to fill the news, especially when billions of smartphones turn most of the world’s population into crime reporters and war correspondents.

And among the things that do happen, the positive and negative ones unfold on different time lines. The news, far from being a “first draft of history,” is closer to play-by-play sports commentary. It focuses on discrete events, generally those that took place since the last edition (in earlier times, the day before; now, seconds before). Bad things can happen quickly, but good things aren’t built in a day, and as they unfold, they will be out of sync with the news cycle. The peace researcher John Galtung pointed out that if a newspaper came out once every 50 years, it would not report half a century of celebrity gossip and political scandals. It would report momentous global changes such as the increase in life expectancy.

The nature of news is likely to distort people’s view of the world because of a mental bug that the psychologists Amos Tversky and Daniel Kahneman called the Availability heuristic: people estimate the probability of an event or the frequency of a kind of thing by the ease with which instances come to mind. In many walks of life this is a serviceable rule of thumb. Frequent events leave stronger memory traces, so stronger memories generally indicate more-frequent events: you really are on solid ground in guessing that pigeons are more common in cities than orioles, even though you’re drawing on your memory of encountering them rather than on a bird census. But whenever a memory turns up high in the result list of the mind’s search engine for reasons other than frequency—because it is recent, vivid, gory, distinctive, or upsetting—people will overestimate how likely it is in the world. Which are more numerous in the English language, words that begin with k or words with k in the third position? Most people say the former. In fact, there are three times as many words with k in the third position (ankle, ask, awkward, bake, cake, make, take . . .), but we retrieve words by their initial sounds, so keep, kind, kill, kid, and king are likelier to pop into mind on demand.

Availability errors are a common source of folly in human reasoning. First-year medical students interpret every rash as a symptom of an exotic disease, and vacationers stay out of the water after they have read about a shark attack or if they have just seen Jaws. Plane crashes always make the news, but car crashes, which kill far more people, almost never do. Not surprisingly, many people have a fear of flying, but almost no one has a fear of driving. People rank tornadoes (which kill about 50 Americans a year) as a more common cause of death than asthma (which kills more than 4,000 Americans a year), presumably because tornadoes make for better television.

It’s easy to see how the Availability heuristic, stoked by the news policy “If it bleeds, it leads,” could induce a sense of gloom about the state of the world. Media scholars who tally news stories of different kinds, or present editors with a menu of possible stories and see which they pick and how they display them, have confirmed that the gatekeepers prefer negative to positive coverage, holding the events constant. That in turn provides an easy formula for pessimists on the editorial page: make a list of all the worst things that are happening anywhere on the planet that week, and you have an impressive-sounding case that civilization has never faced greater peril.

The consequences of negative news are themselves negative. Far from being better informed, heavy newswatchers can become miscalibrated. They worry more about crime, even when rates are falling, and sometimes they part company with reality altogether: a 2016 poll found that a large majority of Americans follow news about ISIS closely, and 77 percent agreed that “Islamic militants operating in Syria and Iraq pose a serious threat to the existence or survival of the United States,” a belief that is nothing short of delusional. Consumers of negative news, not surprisingly, become glum: a recent literature review cited “misperception of risk, anxiety, lower mood levels, learned helplessness, contempt and hostility towards others, desensitization, and in some cases . . . complete avoidance of the news.” And they become fatalistic, saying things like “Why should I vote? It’s not gonna help,” or “I could donate money, but there’s just gonna be another kid who’s starving next week.”

Seeing how journalistic habits and cognitive biases bring out the worst in each other, how can we soundly appraise the state of the world?

The answer is to count. How many people are victims of violence as a proportion of the number of people alive? How many are sick, how many starving, how many poor, how many oppressed, how many illiterate, how many unhappy? And are those numbers going up or down? A quantitative mindset, despite its nerdy aura, is in fact the morally enlightened one, because it treats every human life as having equal value rather than privileging the people who are closest to us or most photogenic. And it holds out the hope that we might identify the causes of suffering and thereby know which measures are most likely to reduce it. 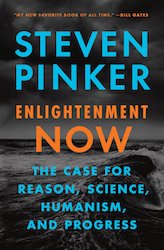 Adapted from ENLIGHTENMENT NOW: The Case for Reason, Science, Humanism, and Progress by Steven Pinker, published by Viking, an imprint of Penguin Publishing Group, a division of Penguin Random House LLC. Copyright (c) 2018 by Steven Pinker.

Steven Pinker is the Harvard College Professor of Psychology at Harvard University. A two-time Pulitzer Prize finalist and the winner of many awards for his research, teaching, and books, he has been named one of Time‘s 100 Most Influential People and one of Foreign Policy‘s 100 Leading Global Thinkers. His books include The Stuff of Thought, The Better Angels of Our Nature, The Blank Slate, and The Sense of Style. 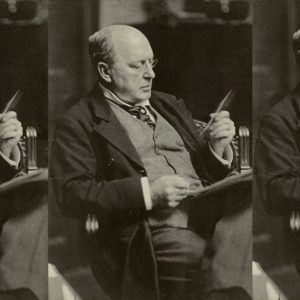 50 one-star Amazon reviews of Gravity’s Rainbow (and the lone Thomas Pynchon defender policing the comments, who might...
© LitHub
Back to top
Loading Comments...