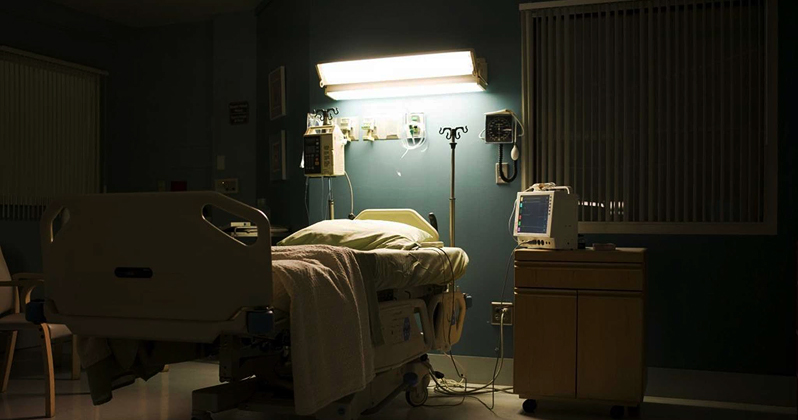 "Death is the Common Denominator for all Living Organisms"

My debut novel Tiger Pelt opens with a Korean proverb: “Fall seven times, get up eight.” Quoting an inspirational proverb was easy, but living it has proved another story. I was forced to confront the limits of my resilience in April 2017, four months after my book was published, when I took one big fall.

It was a spring break from hell: my entire family came down with the flu, despite our flu shots, while traveling in Italy. When we returned home, my husband and children all bounced back quickly. Meanwhile, I got worse and worse. My breathing sounded like a sputtering outboard motor, and I became convinced that my flu had developed into pneumonia. It was the weekend, and I asked my husband to drive me to the local walk-in clinic to score some quick antibiotics and make a swift getaway. To my exasperation, my husband insisted on taking me to the emergency room to see a “real” doctor. There, I was administered a chest x-ray and endured a prolonged wait during which I pestered the nurse for Amoxicillin and a discharge. Instead, she announced that the doctor had ordered a CT scan. This was a ploy, I thought, to amortize the fancy new equipment in the fancy new hospital. But then, after the images were read by the radiologist, I was diagnosed with stage four metastatic lung cancer.

Lung cancer to the body is like a termite infestation to a house. There may be no discernable evidence of the invasion until the building’s sill plates and struts have been gnawed to macramé. By the time my disease was discovered, the primary tumor was the size of a tennis ball and the cancer had spread to both lungs, bones, and lymph nodes. The silent killer had been consuming me for a year or more. If I had not caught the flu, if my husband had not strong-armed me into the ER, I could be dead by now.

I felt like crap. The flu had punched a hole in my façade through which the infestation swarmed into my physical plant. Slowly, I recovered from the flu symptoms, but I was left with a cough that worsened every day, fatigue, a persistent miasma of malaise, and those irksome demons that vex the minds of millions of people who receive a cancer diagnosis every year.

“If I had not caught the flu, if my husband had not strong-armed me into the ER, I could be dead by now.”

Death is the common denominator for all living organisms. There is nothing unique about it. When I turned 50 a couple of years ago, I began to contemplate the years I thought I had left. I estimated, conservatively I thought, that I had 30 years to go, which seemed dreadfully stingy to me. The end had been on my mind for some time in a vague middle-aged angst sort of way, but now it was slapping me silly. What does it feel like to receive a terminal diagnosis? A writer should be able to describe such a devastating human experience. Only I can’t. Honestly, it felt like nothing: white noise, blank screen, absolute zero.

There ensued a spate of visits to the thoracic surgeon, oncologist, a surgical procedure for the biopsy, CT scan, PET scan, brain MRI, a period of hectic activity yet total absence of productivity, except on the part of the medical professionals who buzzed around me working industriously while I laid inert on various sterile surfaces like a useless lump of diseased tissues. The nurses and technicians concluded each procedure with a rather generous compliment on what a “good job” I had done.

In the interstices between appointments, I transferred the files for all my writings-in-progress to an archive folder. I resolved to put my second novel in cold storage indefinitely. The grueling, lonely, and risky business of writing did not seem like the best use of my time. I will admit that the decision gave me a sensation of palpable relief, like waking up to the announcement of a snow day during finals week.

After my diagnosis, I became more patient with and appreciative of my children. I doubled their broccoli dose. I found myself hanging on their every utterance, reveling in their smallest gesture. I hugged them more. I stopped yelling at them. For a day and a half, anyway. ( I have triplet 13-year-old boys at home. Can you blame me?) I may have started yelling again, but they still receive a double broccoli dose (two florets, choked down ungratefully).

During the weeks of waiting for the biopsy results that would determine my fate, I ordered the baby scrapbooks I had yet to make for my now-teenagers, fretted about my husband subsisting on barbecued meat and barbecue-flavored chips (and not to mention wrecking the laundry) after I was gone, wrote a 15-page manual of our household from bank accounts to dog food brands, alphabetized my fiction bookshelves by author, repeatedly Googled stage 4 lung cancer life expectancy, solicited quotes on cemetery plots, and coughed and cried and coughed.

“A writer should be able to describe such a devastating human experience. Only I can’t. Honestly, it felt like nothing: white noise, blank screen, absolute zero.”

While writing my historical novel for over a decade, I had read virtually nothing aside from history books, and I found that one of the few activities that calmed both my cough and my anxiety was reading. A sack of cough drops, bottle of water, and a book were my constant companions. By chance, from a Facebook post, I came upon Paul Kalanithi’s memoir When Breath Becomes Air. As is my wont before buying a book by a new author, I stalked him on the internet. Dr. Kalanithi was a neurosurgeon who battled terminal lung cancer. The similarities I shared with him were striking. He was a South Asian son of immigrants; I am an East Asian daughter of immigrants. He always wanted to be a writer but became a doctor first; I always wanted to be a writer but became an engineer first. He was a never-smoker with the EGFR mutation for lung cancer; so am I.

I had to read his memoir. Among the many exquisite sentences in When Breath Becomes Air, Dr. Kalanithi wrote a very simple one that jolted me from my stupor: “If I had two years left to live, I would write.” I recognized that the inexplicable will to write (which I’ve concluded is nothing but a genetic defect like the EGFR mutation) was yet another similarity I shared with him.

What an immense privilege it is to be able to put words on paper.

Lately, my mother, who is in her eighties, has been exhorting me and my siblings to be happy in the knowledge that she will be in heaven when she dies. We humor her, of course, knowing full well that we know, and that she knows we know, that we will not be happy. Likewise, I know there are no exhortations, much as I would wish otherwise, that will convince my children to be happy when I die. So my writing is a part of me that I leave for my children. After I am long gone and memories have dulled, I hope my words will speak to them with immediacy and vitality, much as Dr. Kalanithi’s words spoke to me. Along with nurturing their tolerance for cruciferous vegetables, I will consider my purpose as a mother accomplished if I set an example for them to slough off (most of) the self-pity and persevere in the face of obstacles. I have returned to my second novel and I have found that some of my fixation on morbidity has given way to a sense of urgent purpose.

Right now, a targeted therapy drug is keeping me alive and astonishingly well. Despite experiencing every bizarre side-effect on the label, I consider myself blessed that I have not had to tread the valley of the shadow of chemo yet. I am on the same drug that enabled Dr. Kalanithi to finish his residency, write a book, and have a child. Even in the few months since I was diagnosed, a second line targeted therapy has moved through clinical trials and will soon be approved for EGFR-positive patients.

But there is a “but”. The new generation of targeted therapy drugs work for a few months to a few years with a median efficacy of about a year before the next mutation develops. My life expectancy is entirely dependent upon advances in medical research and the will of God. What I do with what time I have is all on me.

Annabelle Kim’s debut novel, Tiger Pelt, was a Finalist for the 2017 Center for Fiction First Novel Prize and was named to Kirkus Reviews’ Best Books of 2015 as an unpublished manuscript. Annabelle’s short fiction has been published in the Kelsey Review and nominated for the Pushcart Prize. She studied in the MIT Writing Program and minored in English Literature at MIT where she also earned a BS and MS in Mechanical Engineering. She lives with her daughter (when on break from the University of Edinburgh), husband, triplet boys, and Bouvier des Flandres in New Jersey: Exit 8. 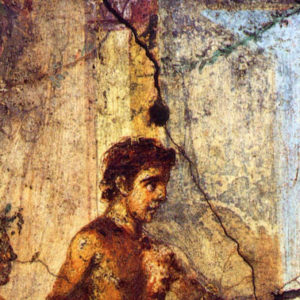 There is a striking moment, unparalleled in its grotesquery and courage, in Aristophanes’s comedy, The Frogs: two groups...
© LitHub
Back to top