Rebecca Solnit on the #MeToo backlash and the perpetual epidemic of violence against women • A designer’s lament: when you have to kill the perfect book cover • For her birthday, some writing advice from Judy Blume • Why I’ll never stop reading “junk” fiction: Ben Dolnick on being shamed for his love of genre • Patrick Nathan on the morbidity of language • New Poetry by Indigenous Women, a series curated by Natalie Diaz • What HBO’s High Maintenance—a show about weed delivery—actually says about ethics in journalism • On the art of flash fiction • Happy Valentine’s Day: 30 of the worst literary couples in history; How to write the perfect kiss into your novel; Kafka was a really bad boyfriend, and we have the receipts; Is love just an invention of Medieval storytellers?; Once upon a time I was falling in love . . . On the literature of romantic abandonment • Dani Shapiro on the hard art of balancing a writing life with social media • From Jaipur to Iceland Auður Ava Ólafsdóttir considers the courage of the writer • Signed Arthur Miller: rare look at the correspondence of literary icon • Joyce Carol Oates on dystopia, boxing, and reading problematic classics • Rhiannon Navin: How my mother taught me to be a book fanatic (and how I’m going to pass it on to my kids) • 25 legendary writer feuds, ranked (featuring a whole lot of Hemingway)

To celebrate her 80th birthday, we look back at classic reviews of Judy Blume’s most iconic books • 5 Books Making News This Week: It’s a Battle of the Essayists as Zadie Smith and Martin Amis go head-to-head • This week in Secrets of the Book Critics: Alexis Burling on Tolstoy, The Golden Notebook, and Roxane Gay’s fierce criticism •  When Valentine’s Day Goes Wrong: Joan Lindsay’s Picnic at Hanging Rock •  Parul Sehgal on Terese Marie Mailhot’s “sledgehammer” memoir, Cat Marnell on Erica Garza’s chronicle of sex addiction, and three other reviews you need to read this week • A Trump-era satire, a Black Lives Matter memoir, and more all feature among our Best Reviewed Books of the Week

On Being the Oldest Guy at Skate Camp 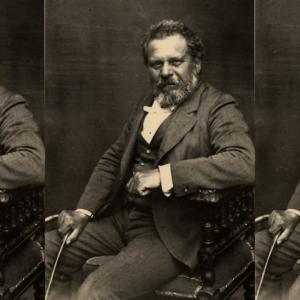 25 legendary writer feuds, ranked (featuring a whole lot of Hemingway). | Literary Hub The importance of teaching...
© LitHub
Back to top