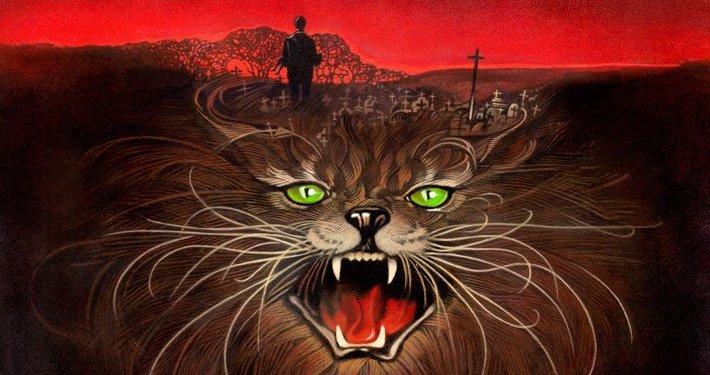 Ben Dolnick on Being Shamed for Loving Genre Novels

I first realized that literary genres existed—that certain books were, by dint of their cover designs and physical dimensions, suspect—in fifth grade. My friend Adam and I had just been to see The Client, and Adam’s father, from the front seat of his minivan, described the John Grisham novel on which the movie had been based as “junk.” He said this in the same tone in which he might have described a stop sign as red.

I had, until that moment, been absurdly proud of having read The Client. For weeks I’d been leaving the cinderblock-sized hardcover all over the house, as conspicuously preoccupied by its convolutions as a good-hearted Southern lawyer menaced by the mob. Now I was stricken.

Is it junk?, I asked my dad as soon as I got home.

I nodded, uncertain what this had to do with anything, and slid The Client back onto the shelf.

Until then I’d existed in a literary Eden: a book could be good or bad, dull or transfixing, but there was no way of predicting its quality other than to plop down on the couch and read it. Yes, I’d observed that some books—often the ones involving detectives and/or serial killers—had protagonists whose names had a certain extruded-plastic quality (Jake Brigance, Rob Reilly). And sure, I’d wondered why some novels included ten-page previews of others of the author’s books. But these had been curiosities, no more substantively telling than the font in which a book happened to have been printed. Now, though, I’d eaten from the Tree of Knowledge of Good and Junk, and when I looked at a book whose back jacket consisted of nothing but an enormous author photo, I felt shame.

And this shame persisted, in one form or another, for years. I continued to devour mass market stuff—Red Dragon and Gorky Park and Sue Grafton and Stephen King—but I did so with a faint and confused unease. And this wasn’t mere snobbery. Genre novels (I’d learned by then that this was the term for them) hardly ever did for me what my favorite literary novels did—no Elmore Leonard scene lodged in my personal memory file like the campfire scene in Sometimes a Great Notion; no Patricia Cornwell paragraph slid directly into my spine like the ending of “The Dead.” But literary novels hardly ever kept me turning pages in a bedtime-obliterating frenzy.

“Maybe someday I’d scratch my genre itch by writing a series of detective novels with plots like Rube Goldberg machines. Until then I’d be over here trying to figure out how best to describe the smell of imminent snow.”

All of which would have been fine—there’s room in life for both cheeseburgers and steaks, after all—except that I had decided, at some point, that I was going to write books myself. And, like every writer who has not yet tried to write a book, I was unreasonably ambitious. I was determined to give readers the spacious, delighted, heart-tenderized feeling that Alice Munro gave me—and to harpoon them sweatily to their seats like Ken Follett. I wanted to make filet mignon cheeseburgers.

But writing a book—let alone writing a book that satisfied my every readerly craving—turned out to be hard. Excruciatingly, crushingly, pace-around-the-apartment-with-tears-in-my-eyes hard. Creating credible characters, and moving them through a world whose weather and lighting and set decoration I alone was responsible for, left me panting. So, without ever articulating to myself that this is what I was doing, I set my genre ambitions to one side. Maybe someday I’d scratch my genre itch by writing a series of detective novels with plots like Rube Goldberg machines. Until then I’d be over here trying to figure out how best to describe the smell of imminent snow.

I went on this way for a few years, and a few books, but at some point early in the writing of my latest novel, a strange thing happened. My old genre friends—Robert Louis Stevenson and Ruth Rendell and John MacDonald—started reappearing on my bedside table. And with them came questions of a sort I hadn’t entertained in years. What if this book included ghosts? What if it were built around a mysterious death? My salivary glands had begun to tingle. Cheeseburger was back on the menu.

In particular: I had long been obsessed, as both a writer and a reader, with the notion of respect. I loved nothing more than when an author (by which I nearly always meant a “literary” author) seemed to trust that I experienced the world more or less as she did—that I too had feelings that were just on the edge of being articulable, that I too had memories that arose for no good reason, that I too woke up beset by thoughts that made no sense by the time I’d had my coffee. When Nabokov had Humbert Humbert explain the death of his mother with a two-word parenthesis—(picnic, lightning)—I laughed not just because of how perfectly this captured Humbert’s demented callousness. I also laughed with delight that Nabokov (Nabokov!) had trusted me to fill in the rest.

This—being treated as an emotional and intellectual peer—seemed to me the height of the readerly experience, and it seemed to me more or less exclusively the province of literary fiction. Thomas Harris, whatever his virtues, was not big on letting me sort things out myself.

But now—aided by the wobbly stack of paperbacks on my bedside table—I’d added a new dimension to my thinking. I’d become intrigued by a different type of respect that an author might pay a reader: respect for his need to have fun.

This, it now seemed to me, was the great gift that Ken Follett was giving when he crafted a clifftop climax for Eye of the Needle that sped along like an out-of-control Jeep. This was what Stephen King was up to when he let me hang out in the delicious uncertainty of whether Dick Hanlon was going to make it back to the Overlook in time to save Danny and his mother. These books respected an aspect of my readerly life that Nabokov, in all his lordly brilliance, might never have deigned to consider: that I didn’t have to be reading. That I had, in my pocket, a device that stood ready to play every episode of Breaking Bad; that I might not have slept well last night; that the kid in the seat behind me might be playing a video game whose soundscape was engineered to scatter my attention. This too was respect; this too was an act of authorial love.

And so finally, fortified by my dog-eared paperbacks, I had a reason for going back into the test kitchen—for chopping those steaks into burger-ready pieces—nobler than mere curiosity about whether I could pull it off. I wanted to give the reader an experience that would respect both her intelligence and her playfulness, her need for nourishment and her need for pleasure. Whether I managed any of this is of course up to you to say, but this, anyway, is how the hybrid that is The Ghost Notebooks made its way to your plate. The ingredients are the best that I could find. No silverware is needed.

Ben Dolnick's writing has appeared in GQ, The New York Times, and on NPR. He is the author of four novels, including The Ghost Notebooks, coming from Penguin-Random House in 2018.

Every Publication is a Kind of Death 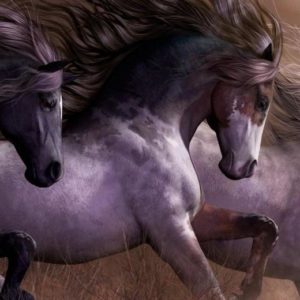 The word "metaphor" comes from the Greek metaphorein, meaning to carry, to transport, which refers, in this sense, to the act of transferring...
© LitHub
Back to top