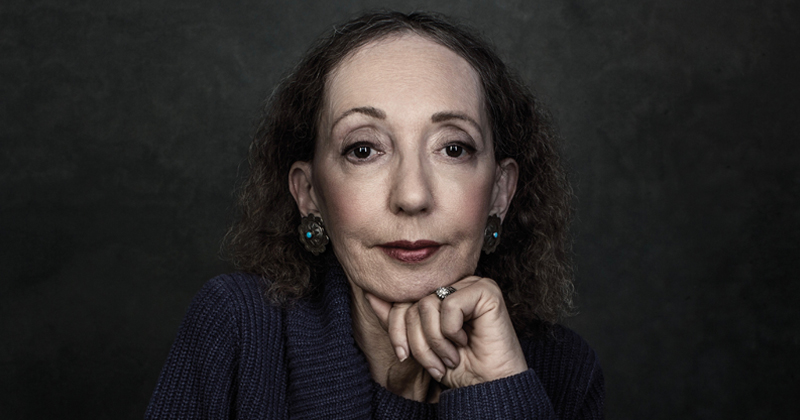 In Paul Holdengraber’s conversation with Joyce Carol Oates, the two discuss writing about politics, future dystopias, and boxing (a favorite subject for both of them). But to start, Paul asks about revisiting novels, particularly classic works, and which ones take on new meaning.

Joyce Carol Oates: I have writing students now and we look at literature from the point of view—the strategies of composition. In other words, we’re not looking at literature for thematic purposes. We’re not scrolling through to find something to be offended by. We’re looking at works of art in terms of how they’re constructed and created. So I can read a work of art that’s actually misogynist or sexist and I can admire it for the precision of the prose. I’m really not looking at thematic content.

I teach Hemingway, for instance, and the sexism of Hemingway is imbued throughout his work, so it’s everywhere. It’s not necessarily blatant or even particularly offensive. He will call a man “the man,” he will call a woman “the girl.” It’s in the very prose is the sexism that is taken for granted, that nobody ever question, I don’t think, until recent years.

Paul Holdengraber: This brings up so many interesting questions. One of them is simply this: do you think this awareness—which of course is necessary, tremendously necessary and one might say at this particular moment in time, very important, giving the times we’re living in—one might also say it that gets in the way? Or it can get in the way of a further, deeper understanding of exactly what you’re talking about, namely the precision, the style, the way a story is constructed. Because of course recognizing, let us say, the sexism is important; but there is something else that is also, perhaps, as important.

JCO: Yes, I think that’s true. I kind of think of myself as a formalist. I have many ideas and political ideas.

PH: A formalist, you said?

So I can read passages from D.H. Lawrence that are politically incorrect in a very outrageous way, but I can take away from that the beauty of the prose: the velocity, the momentum, the drama, the use of adjectives, the use of adverbs. I can get a good deal of pleasure out of many texts that I think some people would reject.

PH: And they might reject it before even considering it because of the incorrectness, let us say, political or otherwise that they feel is on the surface.

PH: It really is. Joyce, it’s a subject I reckon with all the time now. Particularly since so many of the people—oh, I don’t know how to call it—so many, let’s say, of the people we considered heroes are now fallen. How do we appreciate—without naming even names—how do we appreciate their work, because they still have a substantial body of work, which is very often great work.

JCO: Many years ago I wrote an essay on Shakespeare, Faulkner, D.H. Lawrence, maybe somebody else, showing misogyny in the text. I mean the blatantness, it takes your breath away: the hatred, or the portrayed hatred of women. But then I was also trying to get beyond that. If you are a feminist you can’t just deny yourself two-thirds of the world’s works of art. It’s very self-lacerating. So you have to find a way to recognize it, very openly, and to discount it, and to see what’s positive there.

My Father’s Crimes Exist in Everything I Write 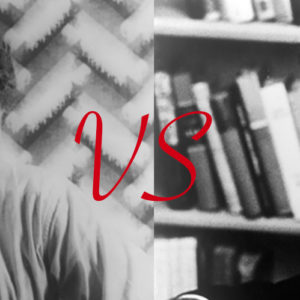 They don't make literary feuds the way they used to. Maybe authors are kinder than they used to be—or maybe they just have...
© LitHub
Back to top