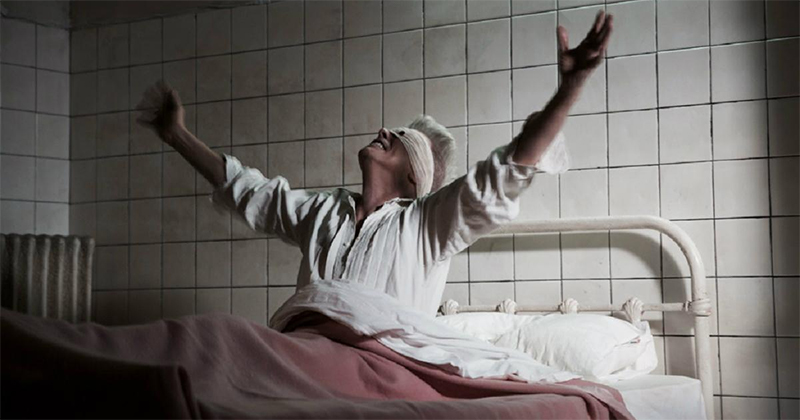 Every Publication is a Kind of Death

Patrick Nathan on the Beautiful Morbidity of Language

The first words of David Bowie’s “Lazarus” are, “Look up here, I’m in heaven.” The last words to make me cry in a theater were, “In loving memory of our princess, Carrie Fisher.” Denis Johnson closes a story in his final collection with, “It’s plain to you that at the time I write this, I’m not dead. But maybe by the time you read it.” Last year, Twin Peaks’ Log Lady said, “I’m dying” in a scene that aired 23 months after actress Catherine Coulson’s death from cancer.

All of these things are public, meaning published. Bowie and Cohen released their last albums while alive, and Fisher filmed The Last Jedi without knowing (one presumes) it would premiere a year after her death. While death itself, real death, has changed all of these performances, publication is its own kind of death, a conscious choice to stop a work from continuing to grow or change.

In death there is no longer any control over your life and your work; this control we call privacy. For the famous, this means everything is published: the writer’s journals, the director’s cuts, and even the secrets of the actress’s internal organs, which contained, we are told, traces of cocaine, heroin, and MDMA.

Autopsy: literally, to see for one’s self. The dead are pried apart, defenseless before our judgment.

For the ordinary, what is flayed open is of much more private interest: words written down, things squirreled away, photographs, possessions, browsing history, texts, unposted selfies. These too are published, but only in the sense that there are no more additions, no changes. The work of living has stopped, and only these impressions remain.

In 2016, my mother gave me the journals my aunt had left behind. Eerily, this was after I’d delivered the final manuscript of my first novel, Some Hell, in which the journals of a dead character recur throughout the text. I’m not ready to look at them, these real journals. I’m not ready to see my aunt’s lifetime of pain impressed permanently in the present, captured as in photographs.

In my novel, the journals are full of facts, lists, historical anecdotes, and the rare memory; and it’s these notes that my living characters struggle to decode, as if to complete the algebra of why one day the man they loved was alive and why, the next, he had shot himself in the head. Completed or not, his work is finished.

My novel, too: finished and in a way dead. This isn’t sad or tragic. Everything my novel is now is how it will remain, just like the things my aunt wrote in her journals, or the photographs each of us keep of our loved ones after they’ve gone.

Photographs too are about death. Barthes saw their taxidermy at work: “When we define the photograph as a motionless image, this does not mean only that the figures it represents do not move; it means that they do not emerge, do not leave: They are anesthetized and fastened down, like butterflies.” We say that photographs freeze time not because they stop it, but because the photograph itself experiences time on a different scale than we do: living our lives, time means differently to us than it does to a photograph, which exists in a contained and ever-repeated fraction of a second, like an undetectable gif; or: like a journal entry, which is its own slice of served-up, encapsulated time; or: like someone’s entire life, having begun and having ended and, through its posthumous publications, re-existing as a complete narrative.

But the living have not finished living. For us time moves only forward, until it doesn’t. Death is the clip that sends us back into a loop, which isn’t as final as it may seem. In Twin Peaks, the Log Lady confesses that there is “some fear in letting go,” but you, she tells Hawk over the phone, “You know about death. That it’s just a change, not an end.” I can’t count how many times I’ve watched this scene, how much of my own unknown time I’ve given it.

One thing a person could say is, “For as long as I remember, I’ve wanted to die, which is fortunate, in the end, because it’s life’s one guarantee.” These could be words left behind in a journal, read by some survivor who finds them sad or disrespectful. This is something one can read because human beings have not only found a way to shape our thoughts and our feelings into language, but have also learned how to shape that language into images on a page.

Language itself is a history of gods lying down and dying: Zeus into light; Hera into heroin. When we no longer see the god in the word, nor the wonder in our metaphors, we’re left with clichés, or figures of speech. Later—after what is spoken in real time becomes breathless and fixed on the page—speech ossifies into writing; the time is clipped from language and it sits there, like a photograph, forever reliving itself.

We invented etymology so the forgotten lives of words would have biographers. As in a mosaic, words have a way of blending into something much larger; but if you look closer, you see the slits of light coming through, the spaces between them. It’s through etymology that we know grammar’s oldest root means to cleave or to cut: to distinguish one word from another, one meaning from another.

Here are the words. You can see how they lived because death, too, is grammatical. Like a mood, case, tense, number, gender, voice, or aspect, death is an inflection upon language that alters its meaning. In the late ‘60s, John Cheever wrote sarcastically of his journals, “At the back of my mind there is the possibility of someone’s reading them in my absence and after my death, and exclaiming over my honesty, my purity, my valor, etc.” This among pages and pages—years of pages—of despair over his love for drinking and his love for men, as well as admiration for men who died of loving to drink. Cheever at last became sober in 1977 and died of cancer five years later.

The form of the journal is ideal for capturing life’s tenuous relationship with time; it makes a fugue of one’s completed life. My own entries are full of chastisements: drinking too much, writing too little, wanting too much, ashamed of my own ignorance. What this should teach me is that happiness exists only in the future tense, and that death will make these confessions of weakness into acts of will or endurance. But tomorrow, I will remain ashamed and unsatisfied, anxious to get back to work. One day there will be no such tomorrow.

In my novel, the diarist is declared dead in the first sentence: “Two days before their father shot himself,” etc. If death is an inflection, death in fiction allows us to combine it with other grammatical structures—future death, conditional death, the voice of death. Death in fiction can inflect the life of someone who lives and breathes on the page, waiting to die: a life trapped among the fossils. While the journals came late in writing Some Hell, I’d be lying if I said I wasn’t playing with death from the beginning: inflecting a finite—and known—remainder of days upon a character’s life. This has always been the book’s language, and I’m grateful, as it went along, to have found a way to reflect upon that language within the language itself, to have put into language what it means for human beings to ossify into language—even if I, this novel’s secret etymologist, am the only one to see it.

“Look up here, I’m in heaven”: this is not something a human being could ever have done, at least not with these tissues and organs, bones, blood, hungers and terrors, desire. First there had to be gods and they had to be worshipped, and then they had to die. Here they are.

Patrick Nathan's first novel, Some Hell, is forthcoming from Graywolf Press in February. His short fiction and essays have appeared in Gulf Coast, Boulevard, the Los Angeles Review of Books, Real Life, Music & Literature, and elsewhere. He lives in Minneapolis. 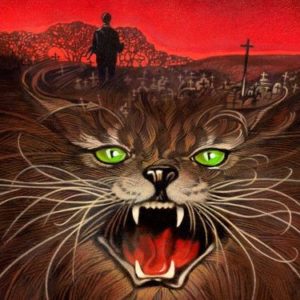 I first realized that literary genres existed—that certain books were, by dint of their cover designs and physical dimensions,...
© LitHub
Back to top