A cocktail hour for introverts: On joining a Silent Book Club · Most fiction feels like a bunch of dumb stories: Scott McClanahan in conversation with April Ayers Lawson · The long history of white nationalism in America · Casting a female Dorian Gray, and other film and TV news from this week · Revisiting Hiroshima and reflecting on the President’s dark, empty rhetoric · How many times am I touched in a week? Recording every moment of intentional contact on the dark side of 60 · Why the language of poetry is well-suited for discussing political issues · What does it mean when we call a key a slave? On the power of language and responsibility of metaphor · The rise of fauxstalgia: Jeremiah Moss on the soulless reboots of classic NYC restaurants · Competing American Ideas: Rauschenberg’s radical egalitarianism vs. Donald  Trump’s bottomless want · On shame and poverty in America, “bigly” men, and Trump: The Game
This week on Book Marks:
Back in 1970, The New York Times said Toni Morrison’s The Bluest Eye was “so charged with pain and wonder that the novel becomes poetry” · The Washington Post calls Kamila Shamsie’s Home Fire “a haunting novel, full of dazzling moments” · “Midnight’s Children burgeons with life, with exuberance and fantasy”: Three of the first reviews of Salman Rushdie’s Booker Prize-winning epic · A 1985 review of Holocaust survivor Primo Levi’s novel of Nazi resistance, If Not Now, When? · “His sentences read like Hemingway stripped of his machismo”: The Minneapolis Star Tribune on Paul Yoon’s short story collection, The Mountain · Margaret Atwood on phallus worship and Updike’s Bad Witches · Haunted houses, battling brothers, and more: the best-reviewed books of the week
Lit Hub Daily
Share:

The Stories We'll Tell: Getting Ready for a Total Eclipse of the Sun 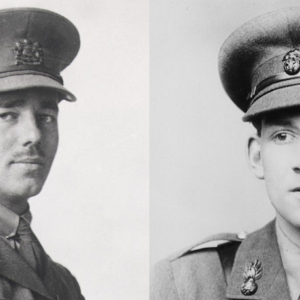 From majesty to drudgery, St. Exupéry to DeLillo, how we write about air travel. | Literary Hub Chris Kraus on Kathey...
© LitHub
Back to top