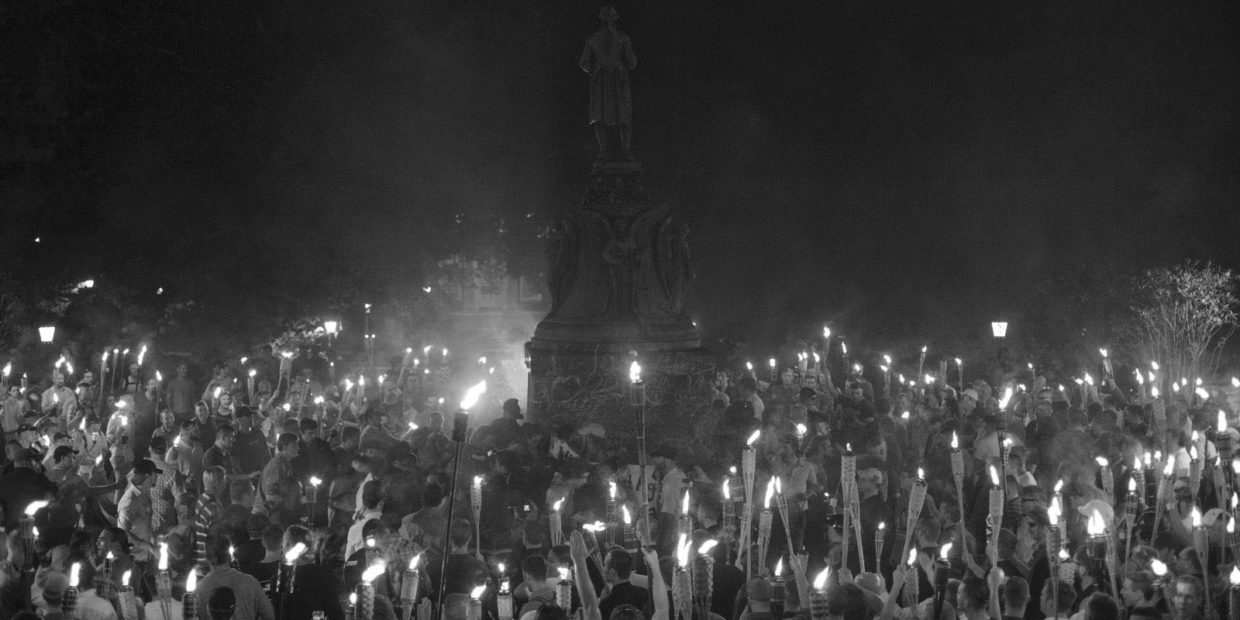 Detailing the history of white nationalism in America is trickier than it first appears. This is because, despite the egalitarian rhetoric of the Declaration of Independence, the United States operated as a de facto white-supremacist nation for most of its history. This has been a subject of controversy for decades. No one disputes that slavery poses a problem for the narrative that America is, and always was, a beacon for freedom and equality. But debates continue as to what the most important Founding Fathers “really” thought about race and the future of equality.

Many historians, especially contemporary conservative historians, are inclined to view the marquee names of the American Revolution as opponents of slavery who made an immoral choice—allowing slavery to continue—for the sake of keeping the union together. There is no doubt that Thomas Jefferson, among others, was convinced that slavery could not and should not persist in the United States, at least in the long term. Yet even if we view Jefferson’s statements on this subject as sincere, it is equally clear that Jefferson was no racial egalitarian—see his “Notes on the State of Virginia,” where he states his belief that blacks “are inferior to the whites in the endowments both of body and mind.” The case against Jefferson as an egalitarian is even weaker when we note that Jefferson hoped that, after slavery was eventually abolished, freed blacks would be returned to Africa.

Moving forward through history, it is easy to find evidence that Americans continued to view the United States as a “white country,” and policies designed to maintain white demographic dominance were often uncontroversial: the Chinese Exclusionary Act of 1882, the Immigration Act of 1924 (which ushered in a four-decade period of low immigration), and President Eisenhower’s Operation Wetback (which forcibly deported undocumented immigrants), to name just a few. The Progressive movement that thrived in the early 20th century had a transparent racial and eugenicist element to it. Famous progressive eugenicists such as Madison Grant and Lothrop Stoddard thought the idea of racial equality was absurd. The United States began to change course on issues of race following World War II, eventually abolishing racial segregation, allowing large-scale immigration from non-European countries, and later electing an African American president. But white supremacy was formally institutionalized throughout most of American history.

“White supremacy was formally institutionalized throughout most of American history.”

On this point, many of today’s white nationalists and contemporary progressives agree. Conservatives frequently argue that America’s founders had a sincere vision of equality and that they pointed the way toward a peaceful, diverse, and egalitarian society. But this narrative is commonly rejected today by both white nationalists and progressives. Jared Taylor, of the “race-realist” group American Renaissance, probably agrees with Senator Bernie Sanders on very little, but his own writings on this subject (“Since early colonial times, and until just a few decades ago, virtually all Whites believed race was a fundamental aspect of individual and group identity”) clearly echo Sanders’s claim that the United States was created “on racist principles.” Although they reach different conclusions, both men argue that the United States was viewed by its founders as a country for people of European ancestry.

For all of these reasons, it is important to disaggregate those groups and individuals throughout American history that were white nationalist and white supremacist in a general sense—that is, they accepted the views on race that were common at the time—from those that treated race as their primary concern. When thinking about the history of white racial movements in the United States, the first group that typically comes to mind is the Ku Klux Klan, which formed in the South during the Reconstruction era, though it faded from prominence after just a few years. The Klan experienced new growth, in both the North and South, following the release of the 1915 film The Birth of a Nation, which valorized the group.

This new iteration of the Klan similarly receded from the public eye over the following decade. The Klan saw another resurgence during the civil-rights era, engaging in a number of terrorist acts. Its membership ranks dwindled again after that, and by 2016 it had nothing resembling a centralized leadership, and just a handful of small, disorganized groups continue to use the name. Nonetheless, the Klan left a deep imprint on America’s consciousness and even today remains salient in the public imagination. Donald Trump’s opponents, for example, were eager to promote evidence that he had enthusiastic support from the KKK.

Besides the Klan, other white racial groups arose in the United States in the latter decades of the 20th century. Most of these are now in a similar state of disarray or no longer exist. George Lincoln Rockwell formed the American Nazi Party in 1959. This party never won an election and quickly fell apart after Rockwell’s murder by a colleague in 1967. William Pierce founded the white-nationalist National Alliance in 1974. It had a longer run than similar organizations but was also unable to maintain any significance following the death of its founder in 2002—though the National Alliance does now have a new website. Aryan Nations, led by Richard Butler, was also formed in the 1970s, but a 2000 lawsuit dealt the group a devastating blow from which it never recovered.

All of these groups may be considered precursors to the Alt-Right in the sense that they advocated white nationalism, but the overlap (an obviously significant overlap) largely ends there. Irony and humor—essential to the Alt-Right—were all but nonexistent in these earlier movements. Alt-Right material often has a sense of amused detachment, something not present in any of William Pierce’s radio broadcasts. In contrast to the Alt-Right on Twitter, I doubt that anyone who visited the Aryan Nations compound was left wondering whether the people they met genuinely believed what they said or if they were just “trolling” because they found it funny.

The issue of tone is important. Rage and hate were the primary emotions associated with the older white-nationalist movement. Even when it dabbled in popular culture, such as with the record label Resistance Records (which released punk and heavy-metal albums with white-nationalist lyrics), it was a movement transparently driven by resentment. No one could read The Turner Diaries without being convinced that William Pierce literally wanted to see nonwhites exterminated. The Alt-Right offers something more attractive to potential supporters: edginess and fun. Someone who would never associate with a group like the Klan or the National Socialist Movement might eagerly watch YouTube videos by the Alt-Right satirist RamZPaul. This is a curious paradox of the Alt-Right; it may ultimately be a greater threat to mainstream politics than these earlier groups precisely because it often comes across as much less threatening.

George Hawley is an assistant professor of political science at the University of Alabama. He is the author of Voting and Migration Patterns in the U.S. (2013), White Voters in Twenty-First Century America (2014), Right-Wing Critics of American Conservatism (2016), and Making Sense of the Alt-Right (2017). 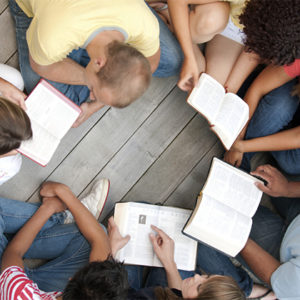 I walk into a dark pizza restaurant, two books stashed in my purse, prepared to do something novel—attend my first Silent...
© LitHub
Back to top
Loading Comments...