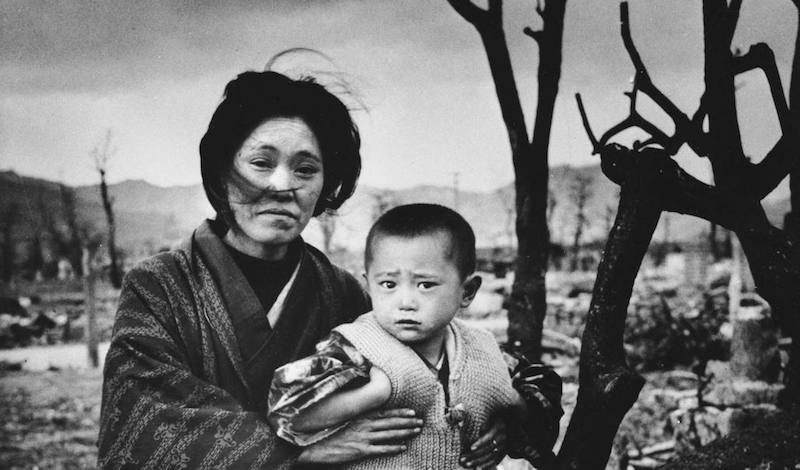 Fire, Fury, and America’s Failure to Learn From the Past

David L. Ulin on Revisiting Hiroshima, and the Dark, Empty Rhetoric of the President

If you want to know why reading matters, here, perhaps, is a reminder of a kind. Last Wednesday morning, 24 hours after the Donald Trump twice invoked the image of fire and fury in regard to North Korea, I stumbled across the text of John Hersey’s Hiroshima online.

Stumbled? No, that’s not right, not exactly, although my emotional and political life has come to feel increasingly like an exercise in careening, ricocheting from one crisis to another, at the mercy of a chief executive who may or may not be delusional but is at the very least dangerously inept. A few weeks ago, a friend—another writer—asked what I was working on, and when I stumbled (that word again) for an answer, she smiled reassuringly and responded, “I know. How can you work when you need an update on the state of the world every ten minutes to help keep things in check?”

There’s an element of magical thinking to that exchange, with its implication that knowledge, or so we’re desperate to imagine, might offer us a bit of power. If you want to know just how wishful such a notion is, spend some time with Hiroshima. Hersey’s small book, 30,000 words, was first published on August 31, 1946, little more than a year after the bomb was dropped; it filled an entire issue of The New Yorker front to back. In clear, concise prose, the author tracks the effects of the nuclear attack there—the first time atomic weapons were ever used on a civilian population—through the lens of six residents of the city who survived.

Let’s recall their names here: Kiyoshi Tanimoto, Hatsuyo Nakamura, Masakazu Fujii, Wilhelm Kleinsorge, Terufumi Sasaki, and Toshiko Sasaki. Four men, two women. Two doctors, a priest, a pastor, a widow, a clerk. All of them survived by the grace of circumstance; the indifference of the universe can cut both ways. By the time all the dying was finished, as many as 146,000 people were eradicated in Hiroshima, more than half the population, which had been, Hersey tells us, “reduced by several evacuation programs from a wartime peak of 380,000 to about 245,000.” There had been air raid warnings, and a curious, discomfiting absence of raids by American B-29 bombers, referred to by the Japanese as “B-san, or Mr. B.” As Hersey writes, in the second paragraph of his narrative: “The frequency of the warnings and the continued abstinence of Mr. B with respect to Hiroshima had made its citizens jittery; a rumor was going around that the Americans were saving something special for the city.”

Something special for the city. Something special, indeed. The power of Hiroshima, however, resides in its matter-of-factness, the idea that we are watching, or participating in, a timeline—that in a very real sense this is just another day. Hersey makes that explicit by beginning before the blast, establishing his characters, their daily struggle: the exhaustion of living in a constant state of war. He’s not interested in allies or enemies, what the bombing did or didn’t mean strategically, how (or whether) it helped to end the war. Rather, his concern is the human drama—a Neighborhood Association chairman “organizing air-raid defense for about 20 families,” a mother trying to let her children sleep. Even after the devastation, he keeps his focus sharp, specific, zeroing in on individuals, evoking the bigger picture by first tracing the small. “After the terrible flash,” he observes, “—which, Father Kleinsorge later realized, reminded him of something he had read as a boy about a large meteor colliding with the earth—he had time (since he was 1,400 yards from the center) for one thought: A bomb has fallen directly on us. Then, for a few seconds or minutes, he went out of his mind.”

What Hersey is describing is a state of dislocation, a reality so incomprehensible it is difficult to process, let alone believe. At the same time, it is reality, which remains the most astonishing aspect of his minimalist masterpiece. The post-atomic landscape of Hiroshima is not post-apocalyptic; everywhere are recognizable signifiers of mercy or loss.

For Dr. Fujii, whose clinic has fallen into the Kyo River, it’s the instant he notices “a nurse hanging in the timbers of his hospital by her legs, and then another painfully pinned across the breast. He enlisted the help of some of the others under the bridge and freed both of them. He thought he heard the voice of his niece for a moment, but he could not find her; he never saw her again.” For Tanimoto, it’s the burden of not being injured: “All the way he overtook dreadfully burned and lacerated people, and in his guilt he turned to right and left as he hurried and said to some of them, ‘Excuse me for having no burden like yours.’” For Toshiko Sasaki, the blast leaves her buried in her office beneath a set of fallen bookcases. “There, in the tin factory,” Hersey observes drily, “in the first moment of the atomic age, a human being was crushed by books.” The implication is clear—that literature or community or religion, the emblems of our civilization, cannot save us. Still, somehow we (or at least the six individuals of whom Hersey writes) are saved, or at least persevere.

And yet, do we really? Or perhaps a better question is: What are salvation’s terms? Is it simply a matter of breathing, of going through the motions, or is it a function of humanity? Hersey steers clear of politics—which is, of course, a political decision, especially so close after the war. To portray, in 1946, the suffering of Japanese civilians is akin to what Swedish journalist Stig Dagerman offers in his book German Autumn, a series of dispatches, written late that same year, from the ruined landscapes of the former Reich. “Of the cruelties of the past practiced by Germans in and out of Germany there can only be one opinion, since of cruelty in general, of whatever kind and whoever practices it, there can be only one opinion,” Dagerman insists. “But it is another matter to ask if it is now right, if it is not indeed a cruelty, to regard the sufferings of the Germans as justified.” Empathy, in other words, which also sits, as it must, at the heart of Hiroshima. The devastation is always personal, and we have no choice but to leave pieces of ourselves behind. “It’s funny,” says a theological student as he waits out the aftermath of the bombing, “but things don’t matter anymore. Yesterday, my shoes were my most important possessions. Today, I don’t care. One pair is enough.”

I feel the same, although shoes are not my weakness, and no bombs have fallen on me. But make no mistake about it, we are in a war. Not with North Korea, but with ourselves, with the part of ourselves that would lay waste to everything rather than acknowledge who and what we are. Look at Charlottesville, where a different kind of bomb went off this past weekend, as sure as I am sitting here. Look at Bedminster, New Jersey, where our chickenhawk of a president—he of the five deferments, who once boasted that avoiding STDs in the 1980s and 1990s had been “my personal Vietnam, I feel like a great and very brave soldier”—couldn’t, or didn’t want to, say the words “white supremacist” or “terrorist.”

I didn’t awaken on Wednesday intending to re-read Hersey’s book, and I wouldn’t describe the experience as a consoling one. But then, consolation is not what we need. More important is inevitability, the notion that certain acts, certain decisions, once undertaken, can never be undone. Despite (or perhaps because of) all our rhetoric, we remain the only nation ever to use atomic weapons on another; the morning I spent with Hiroshima was the 72nd anniversary of the second bomb to fall on Japan, the Nagasaki bomb, which killed another 80,000, a third of the people who lived there. Think about that, wherever you are standing: Look to your right and to your left and do the human math.

I live in Los Angeles, one of the cities said to be targeted if the situation with North Korea escalates. As to what this means, who’s to say? Hersey, for his part, suggests the only answer that matters: the human answer. Fire and fury? There’s nothing heroic about a nuclear strike; even the survivors are condemned. “A year after the bomb was dropped,” Hersey writes, “Miss Sasaki was a cripple; Mrs. Nakamura was destitute; Father Kleinsorge was back in the hospital; Dr. Sasaki was not capable of the work he once could do; Dr. Fujii had lost the 30-room hospital it took him many years to acquire, and had no prospects of rebuilding it; Mr. Tanimoto’s church had been ruined and he no longer had his exceptional vitality. The lives of these six people, who were among the luckiest in Hiroshima, would never be the same.” 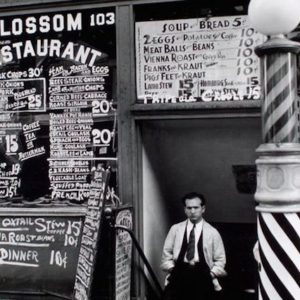 When I moved to the city, I thought I would live in Greenwich Village, but affordable apartments were no longer scarce, they...
© LitHub
Back to top