The Stories We’ll Tell: Getting Ready for a Total Eclipse of the Sun

Valerie Geary on the Importance of Looking Skyward

I have a faint memory of watching a total solar eclipse as a child. My sister says she remembers being there with me. But this isn’t possible. The last total eclipse to occur in the contiguous United States was in 1979—two years prior to my sister’s birth and four years prior to mine. Most likely, we witnessed the partial solar eclipse that occurred in 1993. Yet somehow, over time and through retelling, our collective memory shaped a bigger story.

This happens all the time. Memories are malleable. Details slip away from us so easily. After a while, or after no time at all, pieces of our life get forgotten. And the things we do remember are usually some hybrid form of truth and fiction, new layers added with each retelling. I remember standing with my sister and looking up at the sun. No one told us not to. I remember feeling that something important was happening but not really understanding the hows or whys or what would come next, only that in that moment, anything seemed possible.

The summer after I graduated high school, I worked at a summer camp in Oakhurst, California. I wasn’t doing something cool like counseling or lifeguarding. I was kitchen staff. I washed dishes and tended to the salad bar. It was my first time living apart from my parents, my first time on my own—as much as one can be on her own when sharing a double wide with eight other young women—and I was miserable.

I’m shy. I always have been. It’s difficult for me to just go up to people and start a conversation. But that summer especially, homesick and lonely and completely out of my comfort zone, I struggled to make friends.

One night, the summer nearly over, a dozen of us piled into several cars and drove out of camp and the town of Oakhurst, away from lights and into the mountains. We parked at a trailhead and hiked up and up, what seemed like forever, to the top of a ridge. By the time we got there, the sun was starting to set. We settled down on a rocky promontory, stretched out on our backs, and lifted our faces to the sky. First one star appeared, then another and another, until the whole sky was splattered with pinhole lights. After a while, the distant lights began to dance.

Every August, Earth passes through a stream of debris left by the Swift-Tuttle comet. These bits of space debris burn up in Earth’s atmosphere, causing a dazzling display known as the Perseid meteor shower. The sky fills with streaks of light, sometimes long and brilliant, sometimes little more than a flash, blink and you’ll miss it. We call them shooting stars and send our wishes after them into the dark.

That night, sitting atop some mountain whose name I can’t remember with trees stretched below and stars stretched above, I witnessed my first meteor shower. With each new illumination came gasps of delight and wonder. With each meteor, a feeling of soaring.

The group hiked back in the dark. In my memory, we were silent, contemplating what it means to be human, floating on this blue planet, captured in a net of stars. We had experienced beauty, witnessed mystery and power and felt the pull of the infinite. Together we stepped out of ourselves and our individual loneliness and became part of something bigger.

Humans are story creatures. From ancient cave art to the internet, stories are the way in which we communicate and make sense of the world. I see stories everywhere, maybe because I write them. My brain is trained to recognize their patterns. But I think it might be more than that. I think stories allow us to be vulnerable in ways we might otherwise avoid. Stories open us up to a richer human experience by connecting us. I write to understand and be understood. I read for the same reasons.

Before cell phones, before the internet, before television, before radio, before books and words, there were stars. We used them to navigate, to grow crops, to hunt, to pray, to explain our existence on this planet. We don’t see them the way we used to anymore. We walk with our heads lowered, bent over cell phones. We spend our days inside, eyes fixated on screens. Even if we do pause to look up, we can’t see very much anyway. So many of us live in large cities now, densely populated areas, our skies choked by light and air pollution, nothing at all like the expanse our ancestors witnessed. There is a disconnect now. The mystery, the wonder, the stories we told are all fading.

Today, the moon will pass between the sun and the Earth, blocking all or part of the sun for several hours. Everyone in North America, as well as some in South America, Africa, and Europe, will experience a partial eclipse. In the United States, the path of totality will cross through portions of 14 states, including the state where I live, Oregon. People who have witnessed a total solar eclipse before say it is a once in a lifetime event, that it changes you. They say it is something you must experience if given the opportunity. So my family has made plans to be there when it happens. We have eclipse glasses and camping chairs and a place picked out in the path of totality to sit and watch this extraordinary event take place. We’ve invited friends. There will be food and drinks. We’re turning it into a party. It certainly feels like something worth celebrating.

During a total eclipse, many strange things happen, or so I’ve heard. Temperatures drop. The horizon is dappled with sunset colors. Birds stop singing. Nocturnal animals start to prowl. In the two to three minutes that this eclipse’s totality will last, the veil will be peeled back, our reality will shift, and we’ll have no choice but to notice, to look up at the stars we so often ignore, to see them looking back at us.

It will certainly be a powerful moment, a narrow thread of time where millions of us across the country will step out of our houses, set down our phones, and turn our gazes skyward. It will provide a chance to feel the stretch of infinity, the expansion of possibility, the expectation of hope. And when it’s over, when the moon continues its orbit and the sun reappears, we will still have this story to tell, a story that connects us to one another, but also to the people who came before us, and the people who will come after.

Valerie Geary’s Everything We Lost is forthcoming from William Morrow.

Valerie Geary is the author of Everything We Lost and Crooked River, a finalist for the Ken Kesey Award. Her short stories have been published in The Rumpus and Day One. She lives in Portland, Oregon with her family.

The Resurrection of Joan Ashby 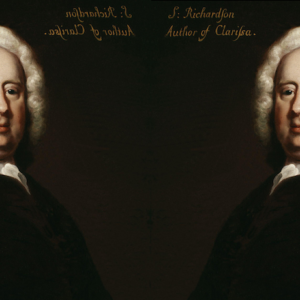 The 2017 Hugo Award for Best Novel was awarded to N. K. Jemisin for The Obelisk Gate; other winners include...
© LitHub
Back to top