A brief history of the Green New Deal so far • How Putin’s war will affect Russian literature in translation • Elon Musk and Twitter deserve each other • The burden of childhood code-switching • Joanna Kavenna on walking the Grande Randonnée • New poetry from Ukraine by Natalia Beltchenko • Pamela Erens on Middlemarch and the moral value of fiction • Bill Browder on exposing a Russian money laundering scheme • Julie Phillips considers the women who rewrote the motherhood plot •  How Soon Wiley virtually strolled Seoul for novel research • A letter from Celia Paul to the artist Gwen John • Michelle Huneven’s notes from over a decade of restaurant criticism • The “uncanny despair” of the cruise ship narrative • On the liberating experience of reading bell hooks •  Read the last poems of Les Murray • Taking a mother-daughter trip in the wake of an Alzheimer’s diagnosis • Sara Baume on realizing she stole the title of her new novel • When the disabled miners of the West Virginia Black Lung Association fought for justice • Why Danica Roem decided to run for office • What it’s like to be a blind writer writing for sighted readers • Biden’s economic recovery plan and the fate of American democracy • Toni Bentley on taking stage at the New York City ballet • Vaishnavi Patel on trying to capture oral storytelling in writing • Lillie Lainoff on representations of chronic illness • Read Robert M. Pirsig’s 1974 address to the Minneapolis College of Art and Design • How a gemology class helped Adriana Trigiani inhabit her novel

Find books set in your hometown with this neat tool.

"Structure is Everything." Keith O'Brien on Structuring a Nonfiction Narrative 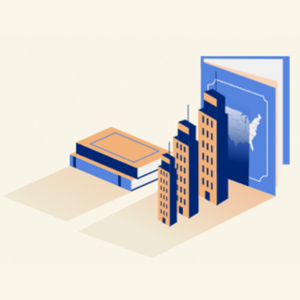 Find books set in your hometown with this neat tool.

A couple of years ago, I was back home in Brooklyn between college semesters and reading Paul Auster's The New York Trilogy...
© LitHub
Back to top