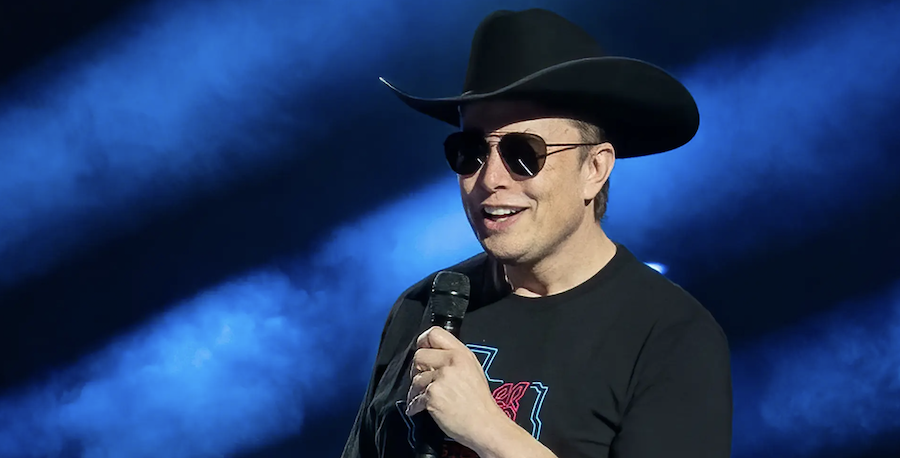 Andrew Keen on What $44 Billion Gets You These Days

I spent the first half of this week in Amsterdam and Brussels where all the conversation, one might assume, would have been about Ukraine. Yes, certainly some people—including the American ambassador to Belgium with whom we had lunch on Tuesday—did have Ukraine on their minds. But the majority of the chatter was about Elon Musk’s bid to buy you-know-what for you-know-how-much. Yawn. Twitter has invaded real life. It’s impossible to escape.

And so, yawn again, I guess we need to talk about Elon Musk and his not-so-trivial $44 billion pursuit of the world’s most annoying social network.

The news broke on Monday evening in Amsterdam. I was interviewing George Packer, the author of the excellent Last Best Hope, for my How To Fix Democracy series. Somebody in the audience announced that the Twitter board had, indeed, accepted Musk’s offer. There was a collective Lutheran gasp in the old Amsterdam Protestant church where we were speaking. As if the President had been assassinated. It was a scene that could have come out of Packer’s Last Best Hope about social media’s hijacking of our attention.

It really is impossible to escape the chatter. The next morning, we were driving from Amsterdam to Brussels and one of my companions got a call from Dutch tv. She handed me the phone. They wanted to hear my opinion about the news. God knows how they knew where I was. They probably heard it on Twitter.

I’m afraid I disappointed the Dutch tv folks. They were, no doubt, expecting a loud anti-Elon rant. But there’s enough of that already. In Amsterdam, one of our dining companions even compared Musk with Putin. At least, I guess, she was reinserting Ukraine back into the conversation. Besides, I’m not particularly for or against the Musk acquisition.

American democracy was built on the ideal of equality. That is its true bedrock. Not free speech.

“Who cares? I certainly don’t,” I wrote earlier this month about the original offer. “It’s a silly man paying a silly price for a silly product.” And it’s no sillier now. Although, as Facebook Effect author David Kirkpatrick suggested earlier this week on Keen On, Musk’s determination to buy Twitter might be somehow linked with the sharp demise of Facebook. So perhaps Musk isn’t quite as silly as he appears.

Anyway, as I told Dutch tv, I don’t see the acquisition as particularly bad news. Twitter is, by definition, a rotten product designed by tech billionaires to compound our inattention and narcissism. That’s its core feature, not a flaw. So it shouldn’t be any great surprise that an inattentive, narcissistic tech billionaire should want to buy it. Twitter and Musk deserve each other. In contrast with Vladimir Putin, the only place that Elon Musk has invaded is our own sad obsession with the half-baked opinions of half-baked celebrities. That’s how Twitter has invaded real life.

Musk could, of course, ruin it, as some people are suggesting, by making it a platform for his own inchoate ideas about “pedo guys” and what, exactly, constitutes “free speech.” But so what? All he would be doing is wasting his own money by devaluing his new $44 billion plaything. Musk’s Silicon Valley-style game of playing the rebellious upstart won’t work once he becomes the God of Twitter. Even his 88 million followers will eventually see through that nonsense.

“The Gods will have their blood,” Anatole France warned about the Jacobin mob of the French revolution. Three centuries later, the Twitter Gods are equally bloodthirsty. And no less politically incoherent.

Speaking of political incoherence, what about Musk’s libertarian argument about free speech being “the bedrock” of democracy? This was certainly something reiterated by the media activists Mickey Huff and Joel Simon on Keen On last week. In fact, the left-wing Huff shares Musk’s critique of Twitter’s Donald Trump ban. I agree. I don’t think it would be a threat to democracy if Musk allows Trump back on Twitter. Let the idiot freely bloviate with the other bloviating idiots. Trump isn’t worth banning. American democracy might be in crisis. But it’s not because Donald Trump is or isn’t on Twitter.

I disagree, however, that free speech is the defining quality, that Muskian “bedrock” of democracy. As George Packer warned on Keen On both ten years ago and last year, American democracy was built on the ideal of equality. That is its true bedrock. As Packer has consistently argued—from The Unwinding to Last Best Hope—that the crisis of American democracy is rooted in the chasm between super rich and equally super poor, between the coastal global elites and what he calls “real” America. Rather than this mythical town square, Twitter—with its inattentive and narcissistic billionaire new owner who lives both everywhere and nowhere—is actually the mirror on America’s increasingly dysfunctional democracy. It’s the noise. Not the signal.

So, as Packer explained to me in Amsterdam and Brussels this week, fixing Twitter and fixing democracy are quite different businesses. Twitter might be fixable if the economic inequality that curses the America of the 2020’s is addressed by structural economic and educational reforms. But Elon Musk is one of the great beneficiaries of this inequality and he’s certainly not going to change anything. He is promising disruption. And I’m promising you that nothing will change. 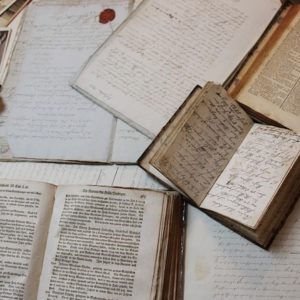 On May 20, 1974, soon after the initial publication of Zen and the Art of Motorcycle Maintenance, Robert M. Pirsig addressed...
© LitHub
Back to top